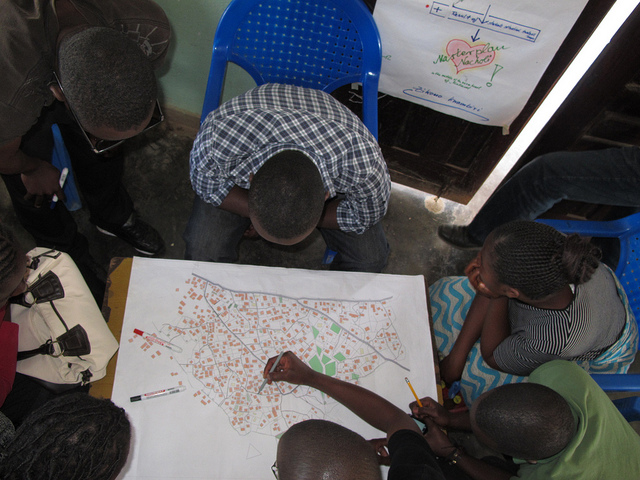 UN-HABITAT estimates that by the year 2020 the number of people living in slums will reach approximately 1.5 billion.  That is an increase of over 300 million people over the next seven years with a large proportion of this growth linked to rapid urbanization.[1] SDI has long been aware that governments justify budgetary allocations based on population census. To date, collecting information about urban poor populations has not been a serious, systematic priority of national governments or cities throughout the developing world. Such censuses, when undertaken, are often conducted in frequencies too sparse to accurately track the rapid growth of slum areas or informal settlements.  Often by the time the data is analyzed and made available to the public and city governments, it is already outdated and its usefulness as a planning tool diminished.

Of even greater concern is the total exclusion of many informal settlements from the city’s planning agenda. Their tenuous relationship with local authorities makes them invisible to infrastructure plans.  This is exacerbated by spiraling costs, which makes retrofitting very expensive.  The end result is that high costs are used to justify why cities fail to install water, sewerage and drainage facilities or plan land use for slum areas.

The SDI rituals of settlement profiling and community led enumeration have long been utilized by slum dweller communities to provide an up-to-date, accurate on the ground account of conditions in these slum areas. 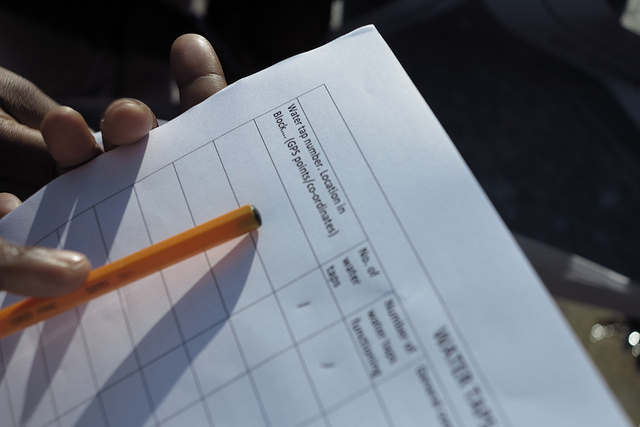 To date, SDI has conducted over 6,000 settlement profiles in Africa, Asia and Latin America and this number increases each year. Profiling of informal settlements draws primarily on repeated consultations and discussions with residents of the settlement by a survey and mapping team that includes federation leaders. This quickly produces a rich set of data about the settlement, its inhabitants and the problems they face.  A settlement profile does not produce detailed data on each household but instead provides a detailed overview of the settlement, its inhabitants, brief history, land tenure, quality of housing, extent of provision of infrastructure and services, and the residents’ main problems and priorities.

Settlement profiling provides slum dwellers with a citywide understanding of the status of slums in their region.  This approach serves as a starting point to help make the unseen and unrecognized informal settlements of that city known to their local governments. Federations in cities across the developing world have been able to use settlement profile data as a starting point to open up negotiations with local governments and to help these authorities more accurately identify the requirements of their constituencies..

In 2013, SDI embarked on the task of creating a standardized tool for settlement profiles, questionnaires and data management systems with the aim of making the data faster to access and quicker to map while still lending itself to be easily updated and administered by local slum dwellers.  While standardization will mean a certain level of comparability across regions, local federations will still be able to add their own area and context specific questions to ensure that the profiling tool meets its core aim of providing urban poor communities with a tool that can measure and capture the nuances of their own communities’ development needs. 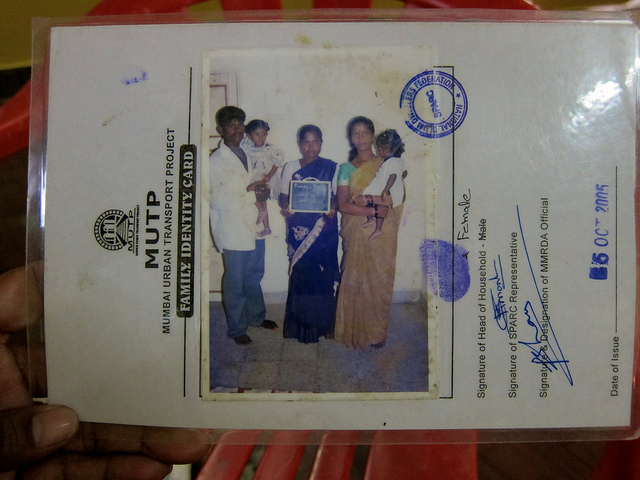 Community led self-enumeration has been one of the core rituals of the SDI network for the past two decades.  Complementing citywide settlement profiles, enumerations involves the collection of data at the household level in what can best be described as a complete census of a particular settlement.  The level of detail of information collected is unparalleled, and provides a very accurate socio-economic description of informal settlements.  To date, SDI has supported over 1,800 slum settlement enumerations across the globe.

The strategy around this information collection has remained focused on linking surveys to citywide impacts. Across SDI, enumeration has been used to combat evictions, plan relocations in disaster struck areas, or plan the reorganization of space and in situ upgrading in dense informal settlements. In 2013, as part of its overarching approach to improving information collection, data management and analysis systems, SDI will look to improve enumeration methods to increase efficiency and accuracy while maintaining the objective of using the ritual as a community organizing and mobilization tool. This process will involve the redesign of the household enumeration questionnaires across all countries with the added aim of collecting individual level information, giving even more accurate data on various socio-economic indicators within slums such as education levels, employment, age and gender distributions.

Currently SDI projects with a key component of information collection through profiling and enumerations include:

The goal for SDI is to show how community driven enumeration processes can serve as an excellent and accurate planning tool to be utilized by both slum dwellers and city officials alike to start addressing the development needs of informal settlements. It also remains a crucial means to explore alliance partnerships and influence research developmental agencies and academics on the value of data collected by slum dwellers. 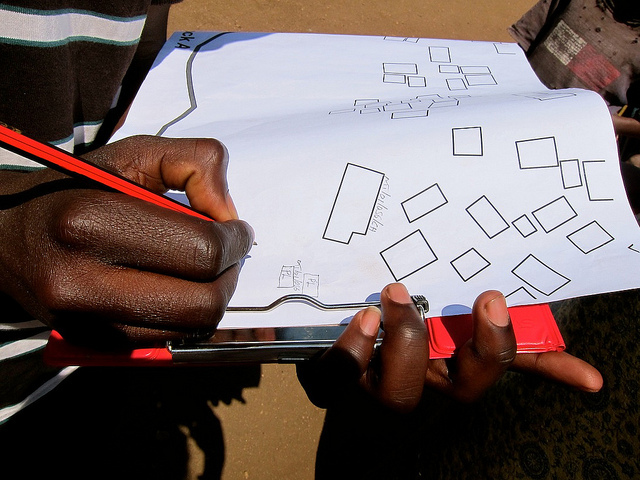 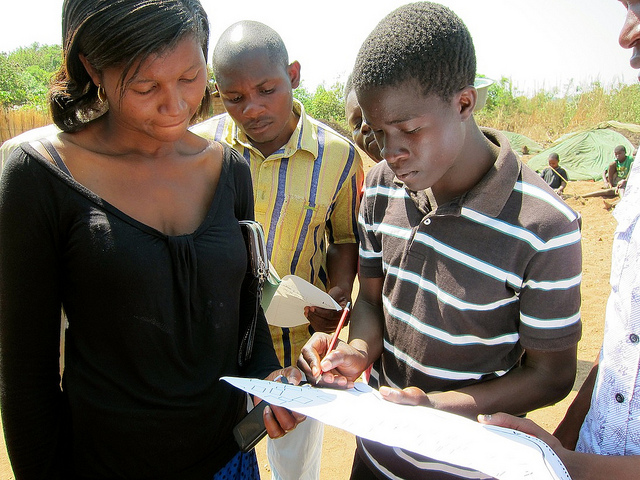 Making Sense of the Data: Show Us a Map.

The information collected from the settlement profiles and household level enumeration data and mapping has served as an excellent tool within the SDI network.  Maps allow the visualization of complex patterns and make the information more accessible to a wider audience.  As with profiling and enumerations, mapping is conducted by slum dwellers and recently SDI has added GIS techniques to further improve the accuracy of maps and make them compatible with local authority planning systems. Challenges facing the production of more accurate maps within the SDI network relate to availability and access to updated satellite images and computer processing power to run GIS software packages. The training of slum dwellers in the use of GPS devices and inputting of data into GIS software packages within various affiliates across the globe has proven that the use of the tools are not limited to academically trained professionals. If anything, the advent of more mobile computing technologies has created more opportunities for slum dwellers to take control of mapping their settlements which in the past would have been hampered by more traditional mapping methodologies.

The overall information collection strategy for SDI involves developing a system which can visually, through maps, provide a bird’s eye view of slums in a city but enumeration and settlement profiles, allows for detailed drilling down to household level information for specific settlements allowing federations of the urban poor across the globe to have supreme control of their data with quick access to information which they find most important for their development agendas.  The end result would be a slum dweller produced and maintained database, which could prove to be far more reflective of the real situation on the ground in slums and provide more accurate and up to date information for planning and decision-making processes.

Click here for information on community-led slum profiling and self-enumeration.