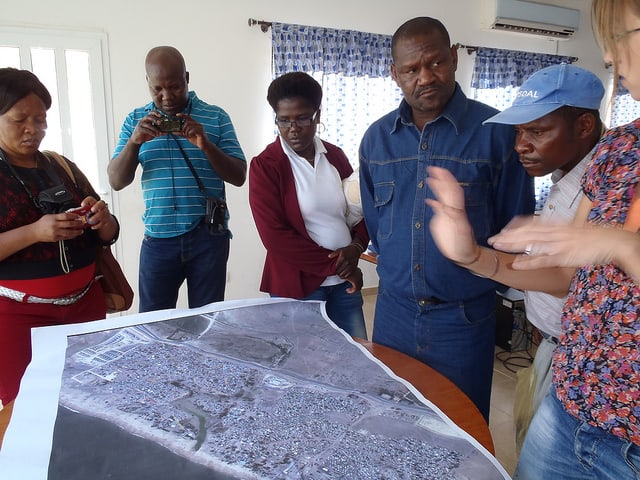 With the support of the Zimbabwean and Namibian federations, Angola´s savers have been hard at work strengthening their reach in terms of savings and the building of a network of organized communities of the urban poor. Angola currently has savings groups in 9 cities throughout the country. In November 2015, a group of Angolan savers visited the Namibia Federation to learn about their experience in community organization. The Angolan savers are supported by the NGO Development Workshop.