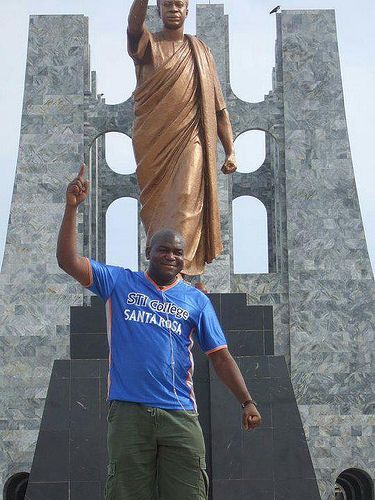 Benson Erick Osumba , Kenyan Chairperson of Muungano wa Wanavijiji, the Kenyan slum dwellers federation, passed away on 17 April 2013. Benson dedicated his life to work for the community as an enumerator, leader, mentor, mediator and advisor. He had the gift of singling out the potential in people, and gave them the space to do their thing for Muungano wa Wanavijiji and on international assignments on behalf of Slum Dwellers International (SDI). He believed in and encouraged the people who kept the spirit and faith to serve settlements under siege, until they had no choice but to believe in themselves.

In handling his duties as the Chairperson of Muungano wa Wanavijiji, and the Kenyan SDI Alliance as a whole, Benson would diligently attend community and institutional meetings, the weekly Monday meeting. In appearance just a tedious reporting of the week’s progress of the federation and other official engagements with SDI, in reality it is an impeccable tool for accountability, transparency, and inclusive decision-making process. Such forums with Benson built exclusive platforms for debate, disagreement, acknowledgement of failures, and celebration of Muungano‘s breakthroughs in addressing the urban agenda. 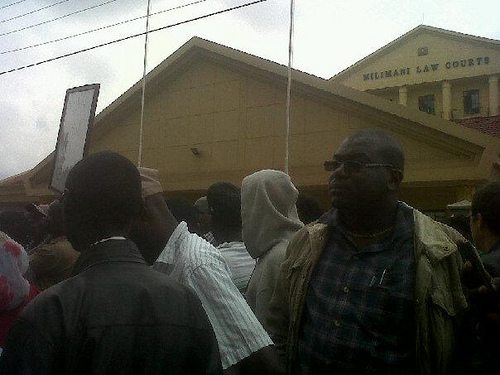 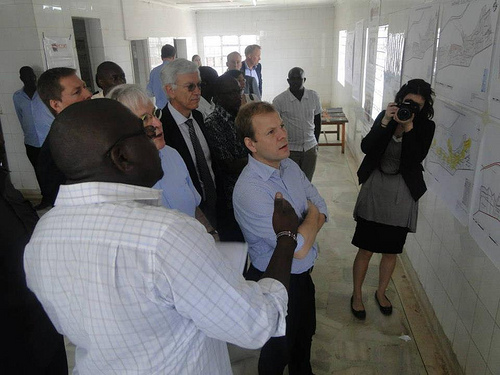 In executing his work as the leader of the Kenyan SDI Alliance, Benson was a hands-off kind of a guy, though his value for work ethic was really admirable. He was gentle, calm and collected but with equal demeanor he was firm and upright. Muungano’s objective was clear: advocacy for the poor. The strategy was simple — engage eviction proponents head-on, based on the principle of law and justice, conduct enumerations, mapping and engage his people and stakeholders on the next course of action.

Benson took life in his stride and appreciated what life offered him. Alongside countless people from Muungano wa Wanavijiji, civil society, global networks, and community-based organizations, Benson traversed the country and the world, trying to conceptualize and support poor peoples’ initiatives.

His calm nature was coupled by a jovial tone, many thought it was a weakness but indeed it was a gift that enabled him to negotiate with the Kenyan government on the needs of the poor to be enjoined in the participatory planning process, it was above all an opportunity to make connections and sign MOUs with various stakeholders, thus sustaining a resilient urban poor people. It is this people-building that was the real and lasting investment.

The need to consult and bring all on board was indeed strength for the federation and the support NGOs, Muungano Support Trust and Akiba Mashinani to function as a unit. His master of the principles of communication and mobilisation kept the federation on the loop, from the expansive coastal towns of Mombasa, to the waters of Kisumu, to the ranges of the Rift valley, to the cool waters of Nairobi and the echelons of the globe, Benson’s leadership was felt.

The 2004-2011 eviction spree by the lords of impunity in Kenya’s government and private interests alike, was addressed by the civil society, with Muungano wa Wanavijiji spearheading grassroots initiatives to force government to stop forced evictions and address the issue using a bottom up approach.

And now the National Eviction guidelines that help caution the poor from arbitrary eviction has been realized. Secure tenure for the urban poor is also being realized. The federation is devoted  to conducting city profiles and mapping to support shack dwellers to advocate for land title in areas such as Kilifi (Mibuyu Saba) and Thika (Kiandutu), just to name but a few. 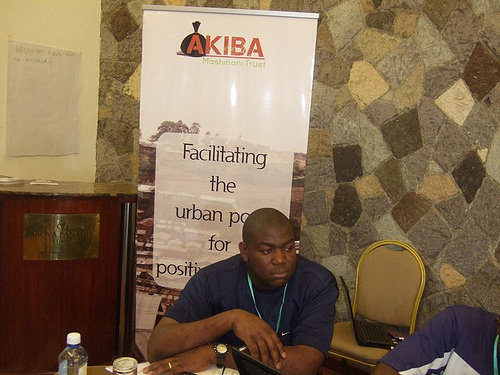 Despite dejection in the face of the movement, Benson always remained optimistic.

In reflecting on Benson’s life and work, Jockin Arputhum shared the following:

“I remember Benson sometime back when I came to Kenya, and he told me of how he has constituted a federation leadership structure. I was surprised to find that majority of the men had taken up leadership. That is when I beseeched him to incorporate more women in leadership, for this will help strengthen the Kenyan federation. This he did, and a number of women are now sitting on the National Executive Council.

I called Benson a number of times, to spend time with me in India; we planned on a number of issues regarding the federation and key community projects. We thank God for giving us Benson, though for a short time, he was able to do a lot for the Kenyan Federation and the SDI global network.

Benson has left behind a young family and I call upon the Kenyan Alliance to come together and set up a trust fund for his children that would help support his family. SDI will help support this initiative. I pray that we continue with the spirit and hope that Benson built over time.

We at SDI will honor Benson’s immense contribution and dedication by replicating his ideas and  work throughout the slums in our global network.” 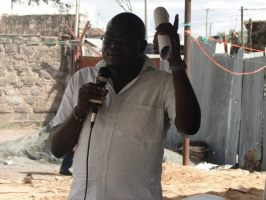 It is with deep sorrow that we wish to inform you the passing away of Benson Osumba, the National chairman of Muungano wa Wanavijiji. Benson left us this morning after a short illness bravely borne. As we celebrate his life today, we would like to acknowledge the role he has played in placing the urban poor agenda at the center of development in Kenya. He courageously responded to settlements faced with forced evictions with a resolve to end this kind of injustice in Kenya and other countries.

The struggle continues and his vision for a safe city for all, especially the poor, lives on!!

I have lost a friend a brother and a great mentor, apart from teaching me how to work with the community he tought me life skills. He gave me opportunity and exposed me to the world. He fought selflessly for all, he spent all of his valuable time sacrificing to the poor in kind and cash. He was a mediator in all crises and an icon of unity in every conflict. He was a keen listener and non-judgmental even though circumstances warranted the same. This afternoon I am laying you at the mortuary in the cold cupboard believing that you might wake up and even greet us again. Truly am not in terms with your death. No Ben you are still alive.

Benjamin Bradlow, on behalf of the SDI Secretariat

From Boston, I echo the sentiments of the rest of this broad family. My thoughts and prayers are with his family and the rest of Muungano and the wider SDI family, some of which are gathered in Nairobi right now.

I experienced his presence in a number of meetings, and shared many conversations and an occasional after-hours game of pool with him. Benson was a man of strategy and a street philosopher. His warm personality, tactical sensibility, intellect, leadership and conviction are embedded in the strengths of Muungano, and the rest of the SDI network of federations and support professionals. For these reasons and more, may we honor his memory.