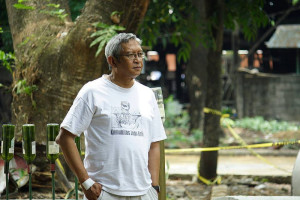 SDI is sad to hear of the passing of Father Norberto Carcellar of the Philippine SDI Alliance. He passed away on the morning of 13 May 2014 at his room at theVincentian seminary on Tandang Sora Avenue, in Quezon City, where the Homeless Peoples Federation Philippines has had its headquarters for many years. We express our deepest condolences to the Philippines federation. Father Norberto was instrumental in pushing forward the poor peoples’ agenda in the Philippines and his contributions there have benefited the entire SDI network. We at SDI will celebrate his life and his wishes for poor people by continuing the work to which he dedicated so much of his life. 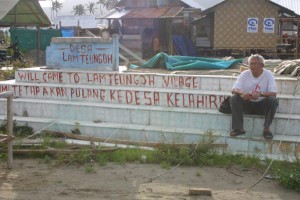 From the ACHR tribute page:

Father Norberto (or “Father Bebot” as he was affectionately known inside the Philippines) devoted his energies to the poor during the whole course of his long career as a Catholic priest. But in the late 1980s, he made a big shift from running church-based welfare programs among the waste-pickers who lived around the garbage dump in Payatas to supporting the development of self-help savings groups, which began showing the waste-pickers that they could solve their own problems of housing, livelihood, children and health through their own savings and organization. These self-help savings groups among the waste-pickers began reaching out to poor communities in other parts of Manila and in other cities, and in 1989, they all came together in Payatas for their first assembly, and the Homeless People’s Federation was born.

That community process that Father Bebot helped start in Payatas is now a national people’s movement. The Homeless People’s Federation is active in 33 cities, and uses community-managed savings as the core strategy of a community-led development process which includes citywide mapping, land acquisition, community upgrading, house construction, disaster planning and rehabilitation, city-fund management and partnership with government. Father Norberto, as the director of PACSII, the federation’s NGO partner, has played a very difficult and delicate role of supporting all these activities and nurturing all this growth, through good times and bad, while standing quietly at the back, and letting the community leaders do the talking. 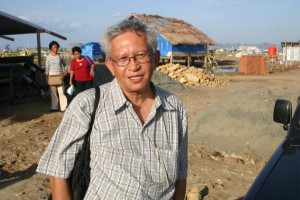 Here are some remarks Father made at the ACHR “Seniors” meeting in Bangkok, last December:

“When the Homeless People’s Federation was first established in 1998, it focused only on activities within the Philippines. But now the federation helps manage many regional activities also – like UPCA, ACCA, CLIFF, SDI. Many of the communities in Asia have a high expectation of the Philippines federation, and they come to Ruby and Sonia for many things now. They are always willing and they have a lot of energy, but I think they are being stretched too far. Because they have plenty of local problems to deal with also. How are they going to manage all that? I don’t want them to get burned out. There is part of me that wants to find new ways to support and prepare them for these expanding demands. But there is another part that feels it is time for me to retire – I am 63 years old now! – or to find a new role for myself. But when I talk with the leaders, they are asking me, ‘Just be there, just be around – that’s enough.’ And that’s OK with me.”