Reflecting on evictions in Makoko, Lagos: Moving from reactive to proactive decision-making 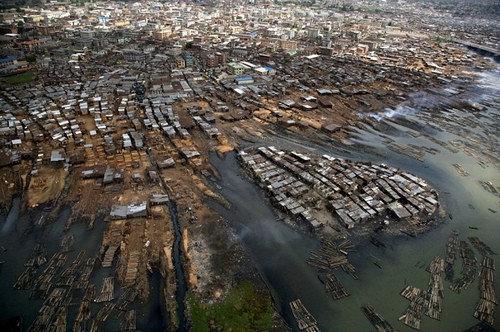 Cities are also places where ordinary people make decisions with extraordinary consequences. Sometimes it would be hard to believe this is true given the gospel of “world class cities” that serves as a model for planning decisions in cities as diverse as New York, Paris, Hong Kong, Mumbai, Nairobi, Johannesburg, Bangkok, and Rio de Janeiro. In all of these cities — and many more — the gospel of control and order covers up an altogether different kind of reality for residents. This is especially so for the poor residents of growing cities in the developing world.

One city that has received a great deal of praise over the last few years is Lagos in Nigeria, which has generally been known for anything but order and control. But Lagos state governors such as Babatunde Fashola and his predecessor Bola Tinubu have won plaudits for trying to control the growth of the city. As Fashola’s popular Yoruba slogan goes, “Eko o ni baje” (Lagos will not be spoiled). According to a slew of international newspaper reports on Fashola’s Lagos, the city has become a foreign investment attraction by clearing out informal traders, and exerting tough fines on illegal postering, littering, and loitering.

In a recent report in the Financial Times, Fashola cited a people-centred approach to city management: “It’s a big asset,” he said, referring to the population of Lagos. “[It’s] bigger than the challenge the people represent by their sheer number. People are the biggest and most dependable resource.”

That’s the rhetoric. Consider the reality. Within the past week, up to a quarter of a million Lagos residents find themselves under threat of homelessness in the wake of the Lagos state government’s eviction of the waterfront Makoko slum. About 30,000 people have already been forced to leave their homes due to an eviction order that the state government gave with only 72 hours notice. Local police are reportedly to blame for at least one violent death.

It’s a story that repeats itself in various iterations across the cities of the South. In the name of progress, the poor are nothing but roadblocks to be shunted aside and overcome. Though city managers and planners are increasingly sympathetic to the language of “people-centred” approaches, “participation,” and “inclusiveness,” the inhuman march of development proceeds. Outrage and condemnation are reactions popular amongst professional activists and humanitarian observers to the Makoko evictions like many similar cases before.

But, for poor people in cities like Lagos, a more complex set of questions emerges. Where to go? Where to sleep for the night? Where to find work? How to maintain a façade of stability for children? Where to rebuild the social connections that sustain in times of extreme need? How to ensure that this doesn’t happen again?

Indeed, evictions like that ongoing in Makoko deserve our outrage and condemnation. The violence and insecurity that the urban poor experience in cities like Lagos is a direct result of developmental decision-making that sees the poor as expendable. How to reconcile claims that “people are the biggest and most dependable resource” with the reality of eviction and displacement?

Over the last three decades, we have begun to see organizational strategies of the poor that can fundamentally alter the calculations that go into the decisions that result in this kind of massive displacement. In Mumbai, pavement dwelling women have organized since the 1980s to come together, negotiate with police and city authorities, and remain in their pavement hutments. At the same time they use their bonds of solidarity to collect information about themselves through self-surveys known as enumerations, save daily, and develop plans for housing development. This allows them to negotiate with authorities to not only mitigate the threat of eviction, but also to begin changing the calculations that local authorities make about a place for the poor in a spatial development framework that is otherwise weighted greatly towards the moneyed influence of domestic and foreign investment.

Through exchanges within and between cities and countries, informal settlement dwellers around the world, who almost all face common threats of eviction and dislocation at the hands of both the state and the market, are sharing these kinds of strategies. They are strategies that move beyond a reactive approach once the decision to evict has already been made.

The complexity of cities can provide cover for a logic predicated on order and control. This decision-making framework rests on the assumption that economic growth cannot be achieved without a strong hand of the state.

But the experience of poor communities to not only fight eviction but also to develop alternatives upends this kind of naturalization of violence of the state and the market. Indeed, a substantive “people-centred” approach locates urban poor communities as generators of ideas and strategies for more effective governance, instead of positioning poor individuals and families as passive recipients of decisions made in the halls of power.

City growth may exhibit similarities to biological development. Still, the decisions that craft this development are anything but natural. Conscious organizing has developed not only louder voices for the poor, but also real impact on the way city managers and politicians make developmental decisions. As we decry the cruel, inhuman logic of growth in Lagos and many other cities, it is also time to see where to support the learning, solidarity, and profound strategic innovation that is located within the very same poor communities that find themselves under such constant threat.