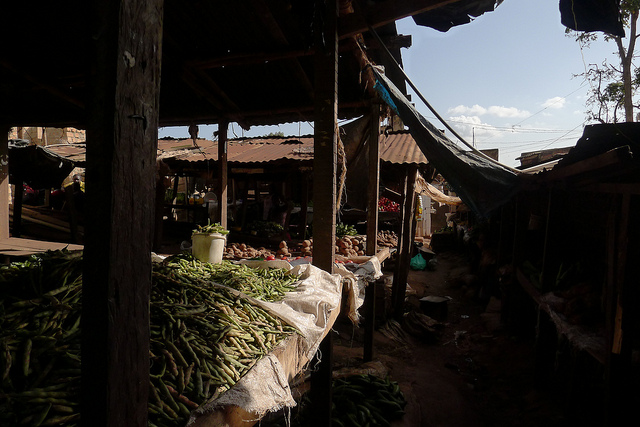 This report is intended to document and share aspects of a collaborative project between Slum / Shack Dwellers International (SDI) and the National Slum Dwellers Federation of Uganda (NSDFU).

The project’s aim was to construct an ablution facility and a community facility / centre in Kinawataka market, Kampala, Uganda. For this, an architect from SDI, Greg Bachmayer, worked in the office of NSDFU from May – June 2012 to help with cost reductions and design improvements.

Hopefully this report weill communicate in plain terms the technical and social processes that these projects go through and what they intend to achieve. 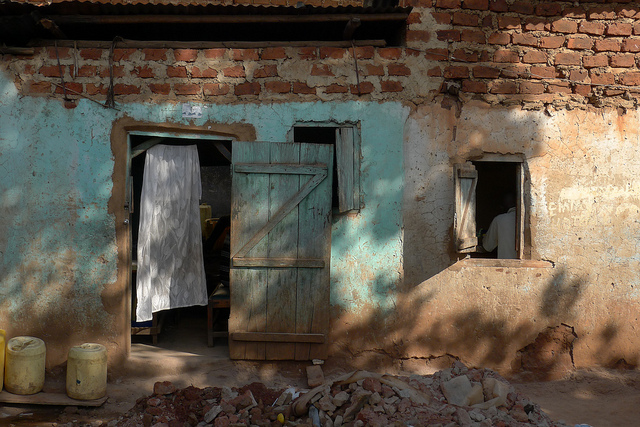 Community members of Kinawataka, a slum in Kampala, took it upon themselves to upgrade the living standards in their neighbourhood. In the process, they formed a federation, enlisted members who worked and saved together to achieve their common goals.

After having performed an enumeration of their area, mapping structures, surveying the demographics, people’s incomes and other relevant data they had enough to make informed decisions. 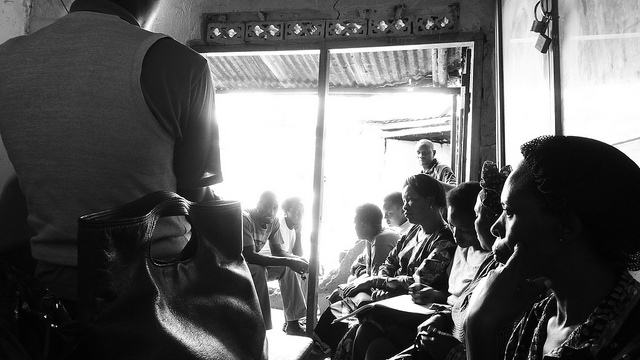 This enumeration of Nakawa in 2011, revealed that Kinawataka has over 1,500 families with only 40% of these having access to sanitation. With that in mind, the federation leaders decided that it was imperative that a public sanitation facility be built to service these needs, prompting this project.

An ablution facility would be built that would benefit at least 600 households, and on top would be a community facility that the federation could use as an office.

Kinawataka is a suburb/region, within Kampala, sitting roughly 6.3 km to the north east of the CBD. The are has a mix of residential, commercial and industrial uses. 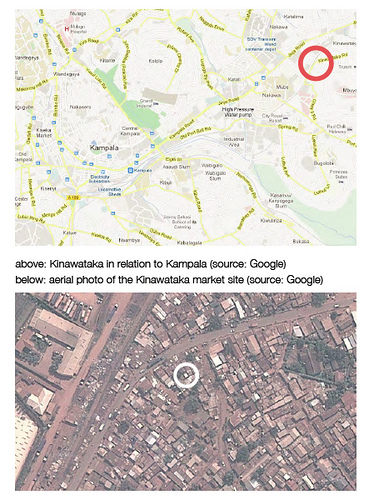 The site for this facility is a market place in Kinawataka. The Federation leaders have plans to eventually upgrade the whole market place but this was thought to be done in stages. For the time being, they have demolished part of the market place where they want the toilet block to go.

The site is set back off busy Kinawatake Road, which is lined with small businesses setback roughly 20 meters from an active railway line. Behind these shops is where many families reside.

A design had been done by an outsourced architect, who provided the following design (see plans below). As the documents show, there is no reference to any site details. A similar design, by the same architect, was almost complete in Jinja. The first task assigned was how the cost of this design could be reduced. 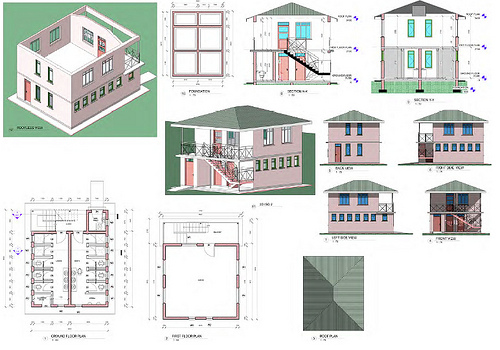 The first thing done in looking at reducing costs was going through the existing design and looking at itemized costs of various components. The components, which added extra and large costs unnecessarily, included the pitched roof, cast in-situ concrete staircase, window frames and metal balustrades. All of these could be replaced with alternatives made from cheaper sourced materials and labour.

Window frames could be replaced with brick/breezeblock screens and polycarbonate sheeting.

Pitched roof could be replaced with a raked roof

Steel balustrades could be replaced with brick walls. 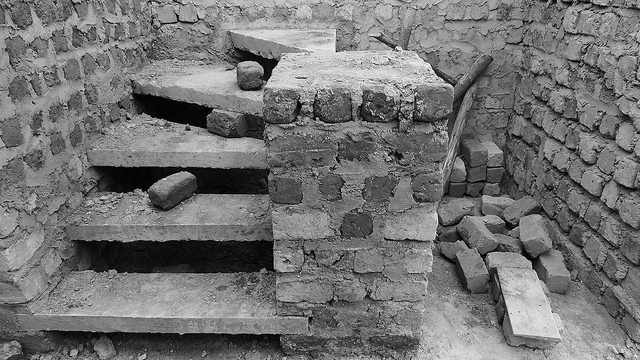 These discussions were facilitated by an in-house engineer with extensive experience in local building and costing. This is uncommon in most affiliates but demonstrates the capacity to significantly strengthen the technical capacity of other similar organisations.

The local Council in Nakawa agreed to provide assistance with this project. Before works could proceed, a contract needed to be signed between the Council, the Federation, and SDI regarding the terms and conditions for assistance. In this contract, it was agreed that SDI would provide 60% of the funding in the form of a loan, repaid at an interest rate of 8%. The Council would provide 20% of project costs (land and technical assistance), the community provides 20% (cash and labour) and a 60% loan from SDI’s Urban Poor Fund International. 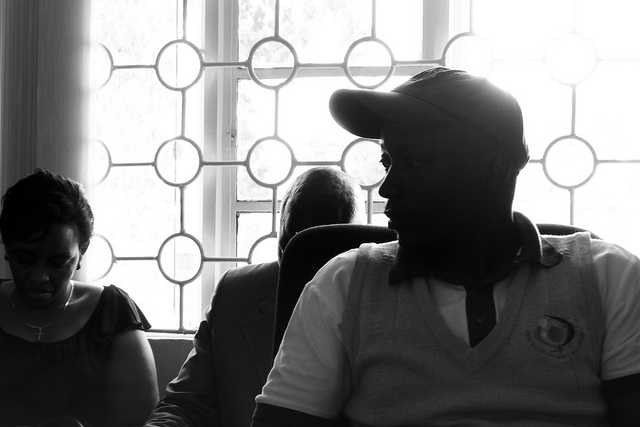 When the mayor’s deputies read through the contract they were alarmed by this, claiming that they had not known this money would be “loaned” and thought it would be a donation. The initial reaction was that they couldn’t agree to these terms.

It took a 2 hour meeting to sufficiently explain that the “loan” would create a revolving fund, meaning that the money never returned to SDI. When the money is fully repaid, the money would go towards another community and facilitate the construction of a similar project. The money would not be repaid by approaching individual community members and requesting payment in the form of a tax, but rather achieved through charging individuals a small amount to use the facilities. This business model would then allow several facilities to be built in a more sustainable way than the previous model of donating the whole amount and only building a single building.

Inflation in Uganda sits at roughly 18%, so with an interest rate of 8%, this “loan” is actually free money, depreciating at a rate of 16% every year (assuming this rate of inflation continues). Thus the fund will eventually be worn away in time.

Once this was all understood, it was agreed that Council needed to get its legal council to go over the details, but in short, the project had the Mayor’s blessing. SDI was given an informal green-light to proceed with the project.

A visit to the site revealed that the drawings produced by the previous architect were too big for the area. Significant planning and scale changes were required to make this building work with the immediate context. Other issues which were raised by this included the topography of the site as there is a significant slope with varying levels. The drawings provided had no reference to any levels at all. 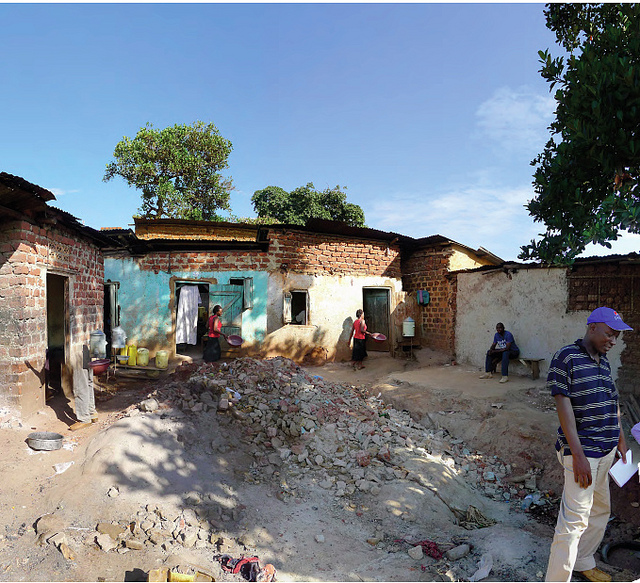 Typical procedure would be to get a formal survey done of the site, including topography, trees (height + radius), building footprints, roof ridges and any other significant landscape features.

In this case, there were various political aspects pushing this project and they needed to build the facility as quickly as possible. To put this in perspective, the site visit was on the 5 May and the federation wanted to have the first floor built by 28 May. Two weeks… A lot would need to be decided on site as it was built. 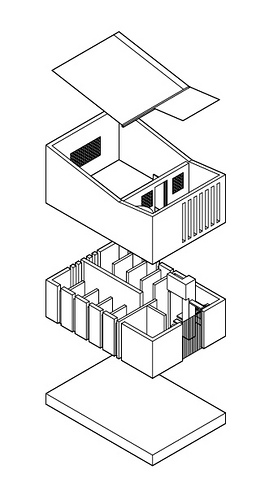 Taking into consideration the discussions in replacing components, changes in site proportions and also looking at making the building more aesthetically pleasing, a redesign was done.

In short, the planning remained almost the same, except that the accessible toilet was made bigger (to meet then Ugandan standards) and 2 cubicles were removed to accommodate the downscaling in size. 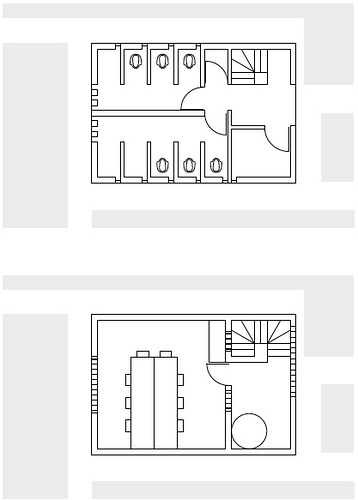 A combination of brick screens and polycarbonate sheeting were used on the ground floor to create a more cost friendly opening whilst using a visual language on slits in the building fabric. This was also applied on the level 1 balcony to create a screen and a courtyard effect. The bottom half would remain as exposed brick (savings on rendering) whilst only the top half would be rendered and painted white, standing out as a civic point of reference in a landscape of single storey shacks. 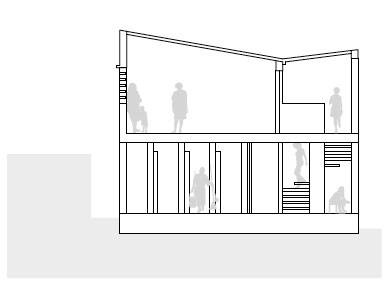 The windows on the top floor would be made from locally made breezeblocks with a fly screen backing and a small eave to prevent water getting in.  This would help constant ventilation and shading without compromising security.

The raked roof would also maximize the amount of water the building could harvest. Storing the water tank on the first floor balcony placed it close to the gutter and allowed gravity to apply the water pressure to re-use this in the toilets. 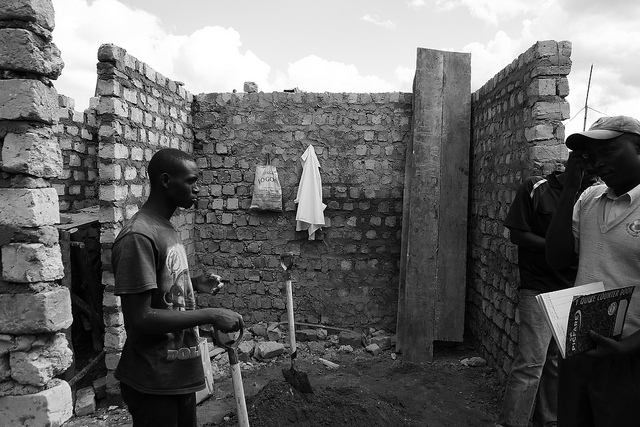