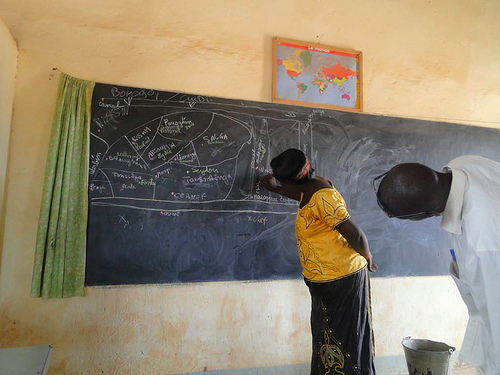 Read the full report from this exchange here.

In early June teams from Kenya and Ghana traveled to Burkina Faso to support enumerations there. The exercise took place in the informal settlements of Tabtenga and Niko II in Ouagadougou, Burkina Faso. The purpose of this exercise was to assist the mentioned settlements towards collecting data for their settlement as part of the Know Your City project partnership between SDI and United Cities & Local Governance Africa (UCLGA) (with funding from Cities Alliance), government and the five municipalities in five regions for a period of five years. 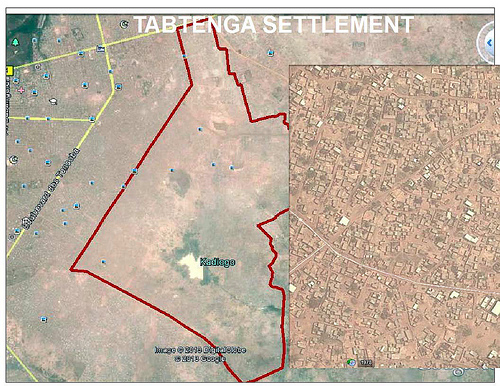 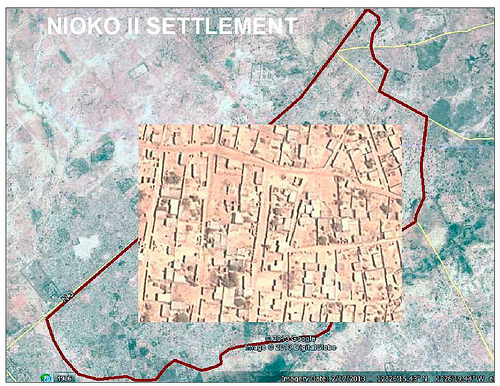 The team from Kenya consisted of Edwin Simiyu, Emily Mwangi, Doris Museti (all from Muungano wa Wanavijiji, the Kenyan Federation) and Jack Makau of SDI.

Planning was done on the first morning. All the activities that needed to be carried out between the six days were identified and allocated the time frames. Some of the activities included drawing of the settlement boundaries, trainings on numbering and enumeration, saving schemes formation and follow-up, actual data collection, meeting the mayor and other local leaders, profiling of the settlements and process review.

Later in the day the Kenyan team met with the team from Citizen’s Laboratory, the support NGO SDI has been working with in Burkina. Jack Makau expanded on the purpose of the exchange visit and the objectives of the team’s visit to Ouagadougou. This consisted of a general introduction to some of SDI’s methodologies and a discussion on the objectives of the visit with respect to the Know Your City project. Some of these include: community enumerations training, strengthening of savings schemes, establishment of committee of community leaders, mayor sensitization workshop, drafting of profile questionnaire, Google maps of informal settlements.

Some of the issues that arose included the need for a translator and the challenge of political interference. The Kenyan team explained that the SDI processes are often political and that there is a need to take an approach that will minimize these politics. It was agreed that the team would first meet the Chief’s of the respective communities, as chiefs in Burkina Faso yiled immense powers and their consent alone can determine the success of the process. It was also agreed that the team would meet with the mayor and other local leaders to enlighten them on the process and the impact it will have on the communities of Nioko II and Tabtenga.

To date, Memoranda of Understanding (MoU) have been signed between SDI and local government in five of the cities where the Know Your City programme operates. Some of the opportunities that have arisen from these partnerships include: inclusion of communities in development plans, increased understanding of slum condition on the part of local politicians and government officials and opportunities for the community to collect information, share it with authorities and improve advocacy skills.

The first step in the enumerations exercise in Burkina Faso was to craft a questionnaire. Simiyu from Kenya worked with the team from Burkina to develop a simple questionnaire which was later translated into French. Next the team proceeded to Nioko II settlement to meet the local chief and local enumerators and share the data collection programme with them. The team explained both the settlement profiling and household survey data collection processes and emphasized the importance of developing savings schemes as a means of consolidating the community and addressing their collective and individual livelihood issues. To that end, a community member from Nioko II who had previously visited Ghana on an SDI exchange spoke of the importance of savings and how her community is using savings as a tool to mobilize for a water connection. The next day the team made their second site visit, this time to Tabtenga community where they followed the same procedure as in Nioko II and were given the go-ahead by the chief of Tabtenga. 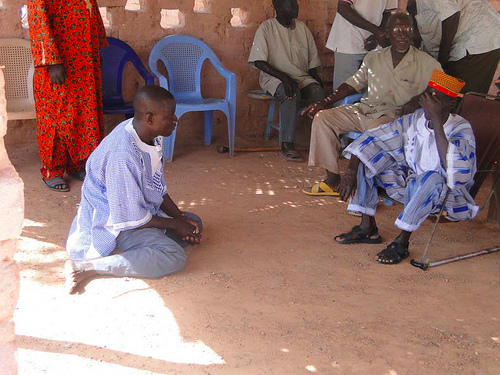 Following the meeting with the chief in Tabtenga the team proceeded to the enumerations training. The enumerators drew a map of their settlement and divided the settlement into six zones. Data collection began in zone 1, which was divided into four clusters. Each zone and cluster was then given a unique code for shack numbering, for example, the first household on the first plot in Tabtenga Zone 1, Cluster 1 would be numbered TAB/Z1/C1/001/A. A few days later a similar training was held in Nioko II. The unique numbers distinguish between residential structures, toilets, washrooms, kitchens, stores, businesses and other institutions or public amenities. 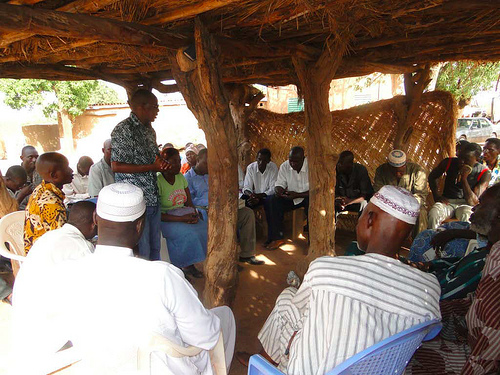 Following the training in Tabtenga, the team returned to Nioko II to meet with the rest of the community and to provide a similar training on the enumeration and data collection process. A discussion of land tenure issues materialized, and the team from SDI encouraged community members to position themselves to advocate for the land rather than sit by and wait for government to formalize land tenure for them. The community was resistant to the idea of developing the land before tenure was formalized, but the Kenyan team shared their experience of influencing development in informal settlements and the formalization process itself through their community-led initiatives. This assisted in opening the minds of the local community towards the idea of organizing themselves.

Also critical to the visit was a meeting with the local mayor. The Kenyan, Ghanaian and local delegations met with the Mayor of Ougadougou, explaining the objectives of their visit and of the data collection processes they were undertaking. They were well received and representatives of the ward and mayor’s office requested to participate on the ground to get a better idea of what the processes entailed. 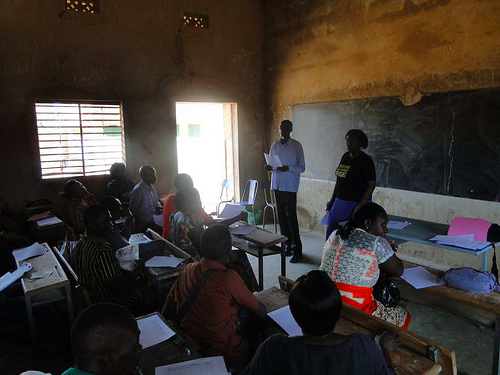 The data collection process commenced on Monday at Tabtenga settlement Zone 1 cluster 1 and on Tuesday in Nioko II Zone Salga Cluster 1 it commenced on Tuesday. The team divided themselves into two, with Emily (from Kenya) and Fusein (from Ghana) managed the data collection in Tabtenga whereas Simiyu (from Kenya) and Naa (from Ghana). Simiyu assisted in monitoring and quality control of the process for the two areas as well as assisting the supervising team (Kenyans and Ghanaians) in handling any issues emerging during the process. Farouk continued with upward engagements with the city authorities and government representatives as well as working on the logistical issues with the Citizens Laboratory team. He had meetings with the Director of Housing, UN Habitat, Cities Alliance and Amnesty International. 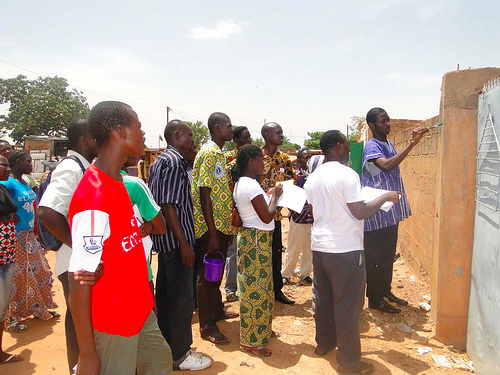 The Ghanaian team was able to support the data collection process and assist the Citizens Laboratory to work out on issues of data entry, monitoring and evaluation of the process for the Zone 1 in Tabtenga and Zone Salga in Nioko II. Issues of GIS mapping also needs to discussed further so that once the social economic data collection for the two zones has been completed the team is equipped to translate the information onto GIS maps. This includes acquisition of satellite images / aerial photographs of the settlements, digitization of the aerial photographs, preparation of mapping sheets, mapping training, data collection and editing, anlaysis and report preparation of the spatial data.

As a result of the visit, the SDI team from Kenya and Ghana achieved a number of objectives in supporting the local process in Burkina Faso. The community enumerators training for both Tabtenga and Nioko II took place and a pool of 34 enumerators has been created (18 in Tabtenga and 16 in Nioko II). This team was taken through a process of drawing their settlement boundaries, developing the numbering code for their settlements, collecting structure details through the numbering sheet and collecting the household details through the enumeration questionnaire. The team also followed up on the saving scheme that had been established in Nioko II and assisted in forming a savings scheme in Tabtenga.

The mayor sensitization workshop was also a success and the mayor’s representative participated in the data collection exercise that was going on in Nioko II. 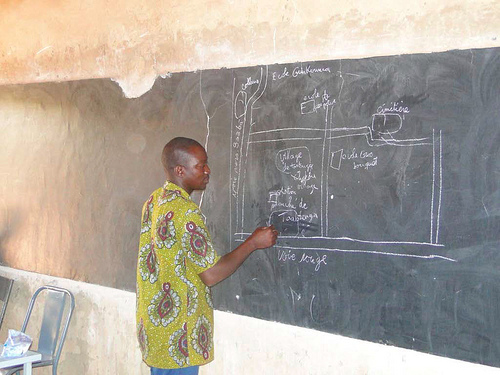 Despite these successes, the team was not able to profile the two settlements due to a number of challenges. First was the fact that the questionnaire that the team had come with needed to be customized to capture the local context of the settlements in Burkina Faso. This did not take place because the questionnaire needed to be first translated to French. As only Florent was working with us and was responsible for the logistics and day to day translations, it became too overwhelming for him to create time for these extra translations to occur. Secondly the enumeration team we were working with was small and splitting the team to have some members to carry out the profiling process proved a challenge as first we needed to train them again on the profiling questionnaire. Getting other new members from the community to train on the profiling process required more time to orient them on the ongoing process. This needed a little bit more time and since the team had only five days in Burkina Faso, three of which had been lost through meetings and trainings, the two days remaining were insufficient to work on the questionnaire for the profiles as well as the actual data collection of the same. This can however be carried out by allowing the Ghanaians to coordinate with the Burkinabes to agree on the settlement profiling questionnaire and identify a team from the enumerators who can be trained on how to carry out these profiles. In fact, this can be done for all the settlements in Ouagadougou. Option two is to plan for the settlement profiles as the discussions for GIS mapping happens so that at least two days can be set apart from the mapping process for the settlement profile questionnaire harmonization, profile team identification and training for the same so that as the GIS mapping process begins there will be a team going on with the settlement profiles as well.

The visit was notwithstanding the challenges a success and as the Kenyan team we are grateful to SDI for giving us an opportunity to assist the people of Burkina Faso to embrace the SDI rituals. During the course of working, three key slogans were developed and accepted to be used for the Francophone nations. These can further be customized into their local dialects. 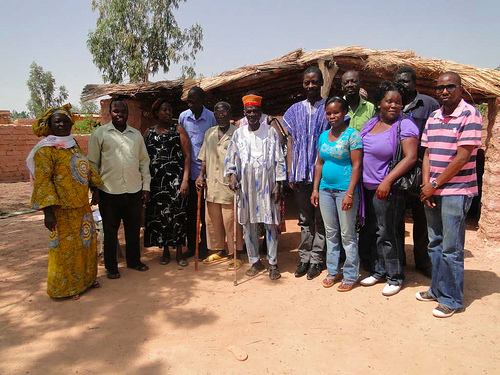