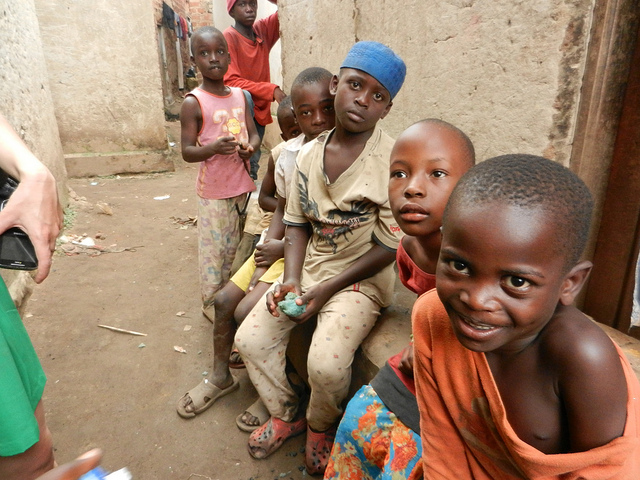 Age of Zinc is proud to present the fourth instalment in a new memoir from the slums of Kampala, Uganda. Check back every week to catch the next part of the story!

There were a lot of challenges growing up. When we were evicted from the house in the government quarters we had no place to go. We slept under a tree with no shelter for about one month. We just used bags and cloths to cover us, but no real shelter. We then found a community toilet that was not being used, so we just moved into the toilet and made it into our house. There were five of us that stayed there. We removed the rooms from both the men and women’s sides to make room for ourselves to sleep.

The community wanted to evict us because they said it is not normal for people to live in a structure that is a toilet. We explained to them that at the moment we didn’t have any other alternative and it was better then staying under a tree. Staying in a toilet was a better alternative because we at least had shelter. The mosquitoes could not reach us and the animals could not come near us, so at least we were safe.

We stayed in the toilet for about two years. It was really embarrassing to live there, but we needed somewhere to stay and survive. After some time, a family member from our clan came and said you can’t stay in this situation and gave us a kitchen (a small shack near the main house) to live in. It was in the same area in Naguru. We stayed there in the kitchen for some time. After one of my big brothers heard we were suffering he decided to buy the stall for our mother so we could stay there. I soon decided to leave and go to Kamwoyka because it was closer to my school.