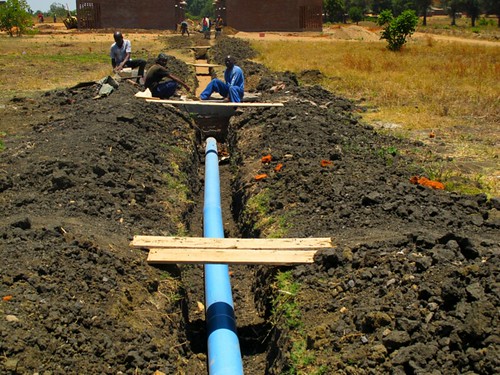 Faced with these constraints, Federation members have been investing in eco-sanitation. The chosen model in three out of the four cities mentioned is a sky-loo with the raised toilet being more practical in areas of a high water table. In Dar es Salaam the preferred model is an improved pit latrine. The unit cost varies but is generally between USD 350 and USD 500 for a double chamber unit with a small area for bathing in addition to the toilet. Scarce and expensive water supplies make the eco-san unit even more attractive; and over time residents have found uses for the compost, either putting it on their own crops or selling it locally.

There are multiple pressures that make these individual private sanitation choices attractive.  The technologies are now understood and easily replicated. Local builders have developed the skills needed and Federation members have even been confident enough to use eco-sanitation technologies in market toilet blocks in Malawi. While local government was initially skeptical about the merits of eco-sanitation (especially in Zimbabwe), over time the Federation has demonstrated the functionality of this solution. Tenants have been able to pressure their landlords and in at least some cases they have responded with a willingness to make the investments.  Such toilets can be accommodated within the existing layouts. This mean that there is no need to identify additional land for public toilet blocks, nor is there a need to re-block the settlement to enable sewers to be laid.  In a context in which state investment has been at best very limited and at worst non-existent, federations are being forced to treat sanitation as a private good. 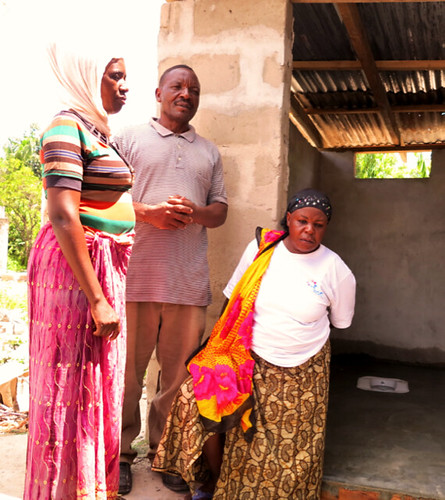 However, as the scale of such private investments increases, SDI affiliates are asking themselves if this really makes sense. Consider the scale of need in a city like Kitwe, Zambia where approximately 60,000 families lack adequate sanitation. If each household has to invest in an eco-sanitation unit at a cost of USD 500, then the total cost is USD 30 million. It is not clear that this is going to be an effective use of resources, even irrespective of the difficulties of using on-site sanitation as settlements density increases with urbanization.

Solutions such as household eco-san are popular with federations (especially considering the lack of water in many areas) because they are realizable in the face of substantive state neglect. The relatively high costs of capital investment are repaid by loans from the Federation’s loan funds. Landowners recoup the costs by passing them onto their tenants. In many of these cases, tenants are pressing for such investments as they are very keen to have access to improved facilities. But with limited incomes some tenants cannot afford to pay the cost of potential rent increases.

Moreover, private on-site sanitation does not remind city authorities to fulfill their responsibilities in providing the necessary infrastructure to transport and treat waste. While on-site sanitation may be appropriate in low-density residential developments, the health risks are considerable as densities increase. Extraordinary as it sounds, the proportion of urban households with access to improved sanitation in sub-Saharan Africa did not change between 1990 and 2010 – remaining at 43 per cent.  Even more extraordinary is that this definition of “improved” takes no account of the suitability of various types of sanitation for high-density populations.

Faced with such myopia and indifference on the part of the authorities, it is perhaps not surprising that federations have not taken on the immense tasks of altering the institutional arrangements for sanitation provision at the city scale. Furthermore if lack of sanitation provision is understood as a city governance failure the onus for provision to the poor should not be largely born by the poor themselves. There is an urgent need for new policies and programmes that begin to experiment with sanitation solutions that can be rolled out across the city, affordable to and appropriate for high-density low-income urban populations.

In the high-density settlements of Mumbai (India), alternatives have developed.  Through a sustained period of negotiation and action, totaling approximately 15 years, the Indian federation has been able to access government subsidies for the construction and management of communal facilities. Affordable subscription fees are charged and cover the management and maintenance costs of facilities.  These systems have been refined through a sustained learning and reflection process over more then a decade. Mistakes have been made, new options and technologies trialed and collective reflection and learning consistently supported.  Systems have evolved over time.

As African federations begin to consider new sanitation solutions more appropriate to use densities, exchanges play a vital role. The above Indian example of communal toilets with an affordable monthly fee for neighborhood residents of USD $ 1-2 per household, and the scale achieved in Mumbai, has been visited by a number of African federations who wish to explore communal options. While Indian densities differ significantly from many African cities, the community driven procurement, construction and management systems all offer valuable lessons; one of which is implementing systems that balance individual gain with a system for collective good. For example female federation contractors win the tenders for toilet construction but are blacklisted if standards are not maintained or the facility comes in over budget.  The Indian example has been taken up by Uganda, Malawi and Zimbabwe who have piloted a variety of market sanitation facilities that aim to provide an affordable service and recover costs. However this type of system has yet to be successfully trialed in a low-income high-density residential area.  The critical difference is that the provision of capital subsidies for toilet block construction in Mumbai makes universal sanitation access affordable. Without such subsidies, African federations face a considerable innovation challenge. 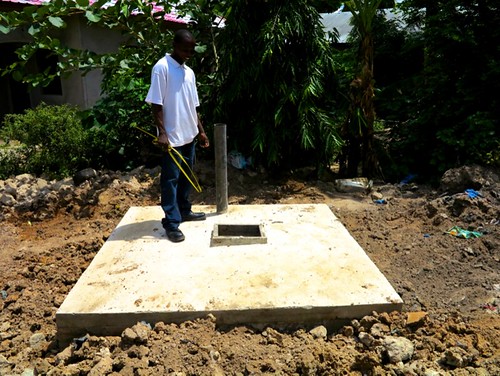 In a context in which both governments and development agencies are emphasizing the potential of on-site sanitation in African cities, thinking outside of existing paradigms holds the greatest promise for African federations anxious to address the need for universal access. The existing success with eco-sanitation, and an ability to negotiate for regulatory reforms that have legitimated this solution can be used as the “groundwork” for more ambitious investments.  The paucity of practical examples of urban sanitation systems that offer universal access in African contexts is a key challenge that can be taken up by federations.  Bold steps and new ideas should continue to be trialed and success measured not just in the ability to deliver functional facilities but also by introducing options that enable low-income households to access sanitation at a citywide scale. In summary, generating solutions for Africa’s urban sanitation crisis will require a focus on the organizations and relationships that enable communities and local governments alike to learn about technical alternatives.