Building on Community Responses to the Ebola Crisis in Monrovia 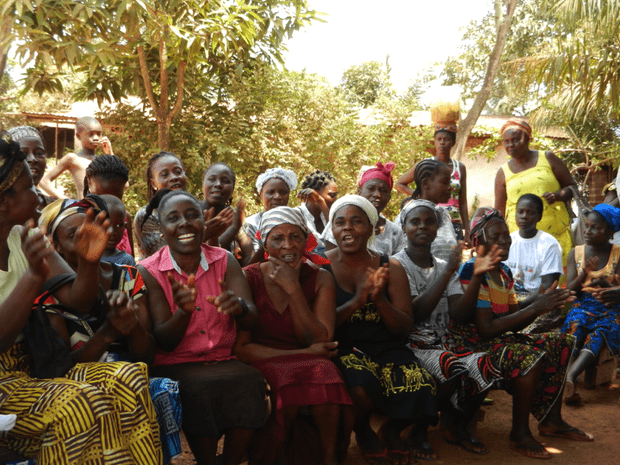 Liberia has a unique history compared to other African countries. Monrovia, the capital of Liberia was founded in 1822 by freed slaves from the United States of America and was named after the U.S. president James Monroe. The current population of Monrovia according to the 2008 census is around 1 million people, of which 70% live in informal settlements.

Since the late 1980’s the country has faced three civil wars. Years of conflict have devastated the infrastructure. An estimated 80% of the housing stock was destroyed. However, the central role played by women in the aftermath of the conflict was internationally recognized in 2012, when two of the leading women received the Nobel Peace prize. This recognition of women as central players in the development of the country has continued with the election of a female president in 2006, Ellen Johnson Sirleaf, and the current Mayor of Monrovia, the Honorable Mayor Clara Mvogo. 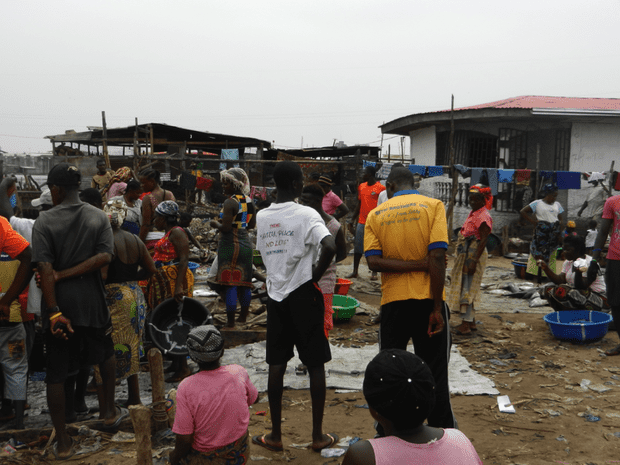 In 2014, Liberia was hit with another outbreak – Ebola. Again, much of the development that was achieved over the past decade is now being undermined by the spread of the outbreak. Ebola has not only affected people’s health and lives but also has social and economic consequences. Inadequate basic services and infrastructure aided in the rapid spread of the disease. Liberia was one of the hardest hit countries with 9,238 reported cases and 4,037 related deaths (WHO, Feb. 2015). The majority of those affected have been women and those living in informal settlements.

SLUMDAL with the support of YMCA Liberia, the local SDI affiliate in Monrovia, took it upon themselves to develop, implement, and monitor a community Ebola emergency response project for some of the hardest hit informal settlements. The goal of the project was to conduct awareness and sensitization training on Ebola and provide preventative hand washing buckets and chlorine to some of the poorest of the poor living in these slums. 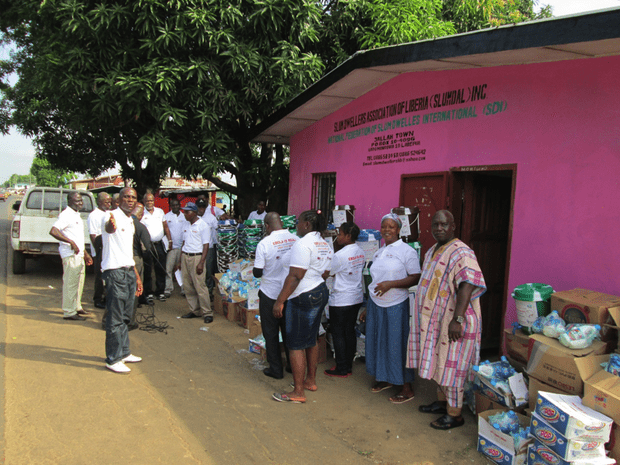 During this time SLUMDAL stepped up and played a key role in bringing the Government of Liberia’s Fight Ebola Campaign into the slum communities through sensitization and distribution of hand washing materials and has been recognized by Monrovia City Corporation (MCC) and other stakeholders for their active and vital role with organized communities of the urban poor.

The role of urban poor communities and local authorities in Monrovia in response to the Ebola crisis helped turn the trajectory on new Ebola infections. Monrovia was the hardest hit area in Liberia and had the most fatalities in the region. Liberia is now seen as a success story compared to neighbouring countries due to a shift of approach on behalf of the government. Investments to the national government were decentralized to local authorities and community groups for implementation. Liberia now has the least outbreaks of new cases each week and curfew and land border lock downs have recently been lifted.

From 1-6 of February a team from SDI visited Monrovia to get a deeper understanding the organization and the work of SLUMDAL and YMCA Liberia. We visited 5 settlements (WestPoint, S.K. Doe, New Kru Town, 12th Street, and Peace Island) and met with 13 savings groups. Federation leaders from Uganda worked with SLUMDAL and the savings groups to better understand the role of the federation and the rituals it practices, particularly the importance of savings. These peer-to-peer exchanges help emerging federations like in Liberia better understand and see the power and importance of federated communities from their more mature affiliates. Ideas are shared and then discussed and adapted to fit the local context. 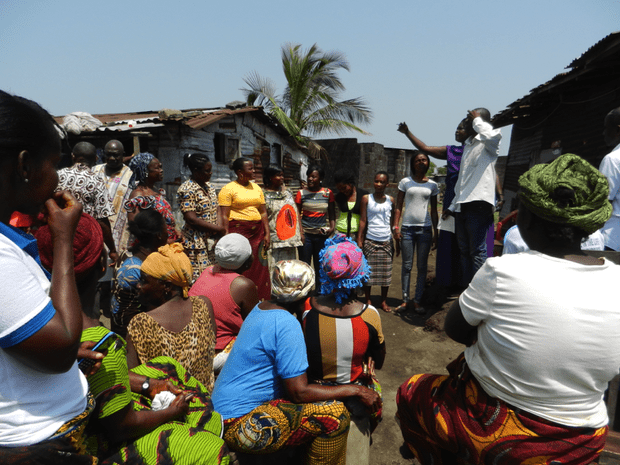 Members of the Uganda Federation share their experiences with savers in S.K. Doe settlement

The key role of SLUMDAL now will be to move beyond crisis response to a sustainable community development approach by continuing to build on their relationship with local government, expand federation membership, and governance structures.

Cities Alliance is working with SDI and the Monrovia City Corporation (MCC) to develop a joint local government/community led Monrovia City Programme, modeled on country programmes that have been implemented in Uganda and Ghana. The programme seeks to support the resilient social and economic recovery of slum dwellers in Greater Monrovia in response to the Ebola crisis while also improving the living and working conditions of the urban poor. Through this programme organized communities of slums dwellers will work with local government to profile and map all settlements within Greater Monrovia. Communities collect and analyze data about their settlements to inform dialogue with authorities on resource flows and development priorities, to mitigate against disaster and conflict and to make poor communities vocal and visible. This is a critical next step in the development of the Liberian affiliate to demonstrate the potential of community driven solutions in partnership with local government.

On behalf of the Federation of Liberia Urban Poor Savers and YMCA Liberia – SDI presents the work to...

By Samuel Sesay, CODOHSAPA The current Ebola outbreak in West Africa is the most severe outbreak of the disease in history and has now resulted in over 4,960 deaths and...