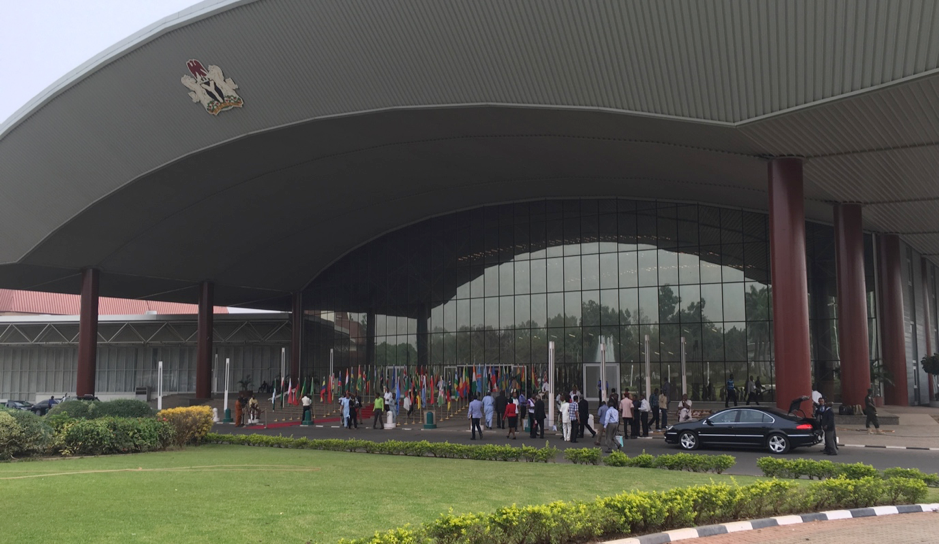 As the UN-wide Habitat 3 Conference draws closer, SDI is being invited to and involved in an increasing number of events to prepare for both the conference and the release in May of the Zero Draft of the much anticipated New Urban Agenda. Over the course of preparations for Habitat 3, SDI continues to pursue our global advocacy mandate of promoting a people-centred citywide upgrading approach in the global arena. Most importantly, our advocacy work is rooted in the experiences and struggles of our grassroots federations of the urban poor, and our partnerships and activities on the global stage are determined by the anticipated impact they will make on federations’ local processes. The aim is that participation in high-level advocacy events will afford federations with opportunities to showcase successes and share lessons learned in order to build citywide, regional, and international alliances that escalate impact.

Towards the end of February 2016, SDI delegates from the Nigerian and Ghanaian Federations, and support NGOs Justice & Empowerment Initiatives (JEI) Nigeria, Peoples Dialogue on Human Settlements in Ghana, and Kenya’s Akiba Mashinani Trust, participated in the Habitat 3  Regional Meeting for Africa held in Abuja in preparation for Habitat 3. The Regional Meeting convened stakeholders from across Africa to discuss the issues and priorities of African countries. The formal outcome of the Africa Regional Meeting was the Abuja Declaration — a unified statement adopted by all of the African governments present identifying “Africa’s Priorities for the New Urban Agenda.”

Because this regional meeting was held in Nigeria, it was hosted by the Nigerian Federal Ministry for Power, Housing, and Works (led by former Lagos State Governor, Babatunde Raji Fashola), and numerous Nigerian government officials were in attendance. This was a unique opportunity for JEI and the Nigerian Federation to engage with government officials from both Nigeria and other countries simultaneously, and have more informal discussions during side events where they met a Permanent Secretary within the Federal Ministry of Power, Housing, and Works, as well as the Rivers State Commissioner for Housing. Additionally, the delegation met with the Special Advisor to the Nasarawa State Government on the Sustainable Development Goals, who requested a pitch from JEI and the Federation for partnership in supporting work in informal settlements in Nasarawa.

These opportunities for informal meetings with government officials are invaluable to SDI’s federations. These are people who usually take months to see, if they get to see them at all. The experience of SDI federations from across Africa shows that when these connections are nurtured, they can lead to meaningful activities that actually make a concrete difference in the lives of the urban poor. We look forward to hearing more from the Nigerian federation about these developments!

In addition to these connections with Nigerian government, the SDI delegation worked together with SDI’s two key ‘grassroots’ partners, WIEGO and Huairou Commission to put forward collective messaging in order to have greater reach and hopefully greater impact.  Jane Weru (SDI), Victoria Okoye (WIEGO), and Limota Goroso Giwa (Huairou Commission), were all nominated as members of the Advisory Committee tasked with reviewing and making direct inputs on the final Abuja Declaration. Additionally, Limota Goroso Giwa was selected to present a short speech within the main plenary session on the final day highlighting the ‘women’s caucus’ views on the New Urban Agenda. Together SDI, WIEGO, and Huairou drafted a joint statement that incorporated the perspectives of grassroots women, urban informal workers, and the urban poor. Some of the key demands include:

We want a women-focused New Urban Agenda that calls for the following:

Know Your City: the Process, the Platform, an ...