Know Your City: the Process, the Platform, and the Campaign 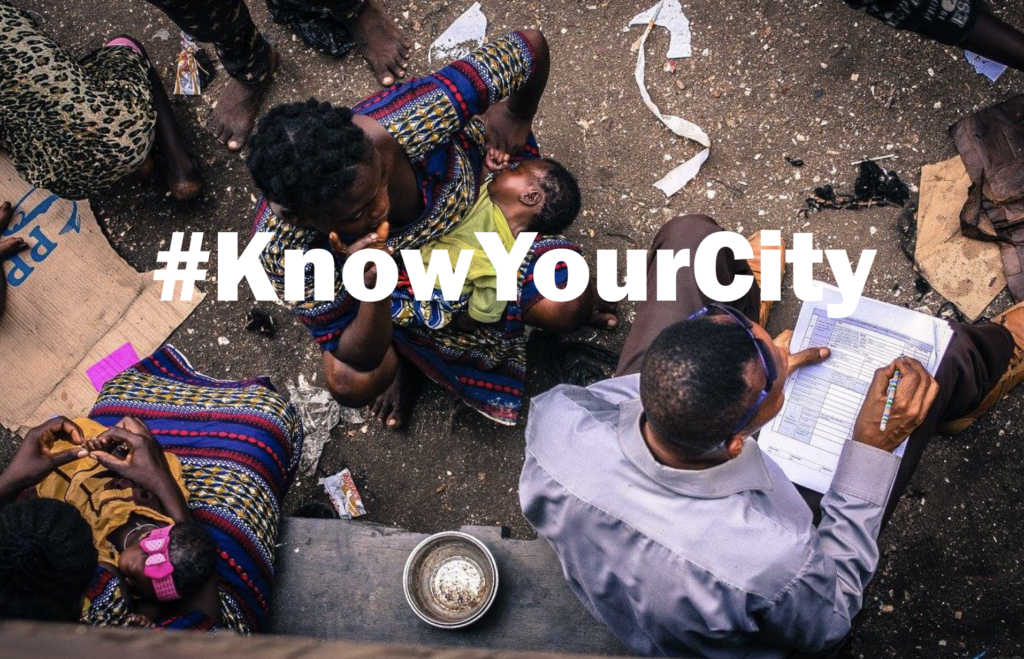 The end of 2017 marked the end of a four-year strategic planning period for SDI and the close-out of various projects and contracts in support of implementation of that plan. To report on the successes, challenges, and impact of our work over that time, SDI produced a Basket Fund Close Out report, available in full here. In this series of blog posts, we present excerpts from this report that highlight some of the key learnings and impact of our work over the past four years and point towards areas for continued growth in the new Strategic Plan, launched this year.

Fundamental to effective learning and influence is the quality and accessibility of the knowledge produced. SDI’s commitment to increased rigour in settlement profiling meant that 2013 – 2017 was a watershed period for this work which has come to be known widely as SDI’s Know Your City work and campaign.

Since the SDI network was founded, grassroots profiling, enumeration and mapping has been at the heart of the organizing process. Pioneered by slum and pavement dwellers in India, community profiles and enumerations have served to organize the urban poor and make informal settlements visible to city authorities throughout the Global South. These data then ground dialogue and partnerships between communities and local government aimed at improved security of tenure, basic services and housing. As such, the information becomes power for the organized slum dwellers who gathered it. Power balances shift between the community and city officials. Instead of beggars or protesters, the community asks officials to recognize them as partners with information and ideas for how to make changes that will benefit cities and informal settlements. For over 20 years, SDI’s peer-to-peer exchange programs have helped to spread and refine the practise of community-led profiling and enumeration from the congested slums of Mumbai throughout SDI’s network of close to 30 federations. As more and more federations undertook the process, it became clear that the data could play a powerful role in global advocacy aimed at enhancing the hand of each local federation to influence urban policy and practice. Without a measure of standardization in data collection tools and a transition to digital data management, the aggregation and dissemination of data is limited. SDI federations agreed to design a single, standardized informal settlement profile tool and to adopt and co-design support technologies to enhance data accessibility.

The decision was made to create a Know Your City (KYC) data platform to house and analyze the SDI network’s slum settlement data. The federations remained laser focused on their principles and insisted: technological support and standardization could not substitute face-to-face engagement; the technology had to be simple and was pointless if not useful to local communities; and the transition had to ensure it did not exclude those without technological capacity. Two iterations of the KYC platform have been developed in conjunction with community profilers and enumerators throughout the network. KYC 1.0 proved that SDI’s profiling and enumeration processes could use standardized tools to enable global aggregation, while preserving the community organizing and inclusive social processes that give SDI’s data its power. KYC 2.0 proved this data would be of tremendous use to communities, governments and development partners in understanding informality and guiding upgrading plans. KYC 3.0 seeks to institutionalize people-driven data as the core starting point for building and monitoring inclusive and resilient city development. To do so, the platform and the community process must step up to yet another level in terms of its accessibility, data rigor, and data visualizations. This new iteration will reflect SDI’s improved TOC and measurement of resilience outcomes and will be housed on SDI’s own platform built in Bangalore by the federation’s partners.

Community-managed profiling and mapping and the KYC data platform are the two legs upon which the Know Your City campaign stands. In 2014, SDI, Cities Alliance and UCLG-A launched the Know Your City campaign in order to promote the institutionalization of people-driven data in government and development partner programing. At the conclusion of 2016, SDI signed a new MOU with UCLG-A to expand partner cities and is working with Cities Alliance to embed people-driven data in all its global programing, monitoring and evaluation. Cities Alliance has supported a Joint Work Program (JWP) to expand the reach of KYC. The Know Your City campaign has proven its capacity to anchor partnership through the organization of slum dwellers at city scale to gather data on the informal settlements. Local government-community partnerships then use this data to set baselines, plan and monitor development interventions, inform policy and practice, co-produce upgrading agendas, and jointly implement urban development that fully capitalizes on the comparative advantages of each party. SDI is partnering with the Asian Coalition for Housing Rights (ACHR) to expand the campaign throughout Asia. In phase 1, settlement profiling was carried out by communities in Davao Philippines; Jhenaidah, Bangladesh; Jogjakarta, Indonesia; Yangon, Myanmar; and Battambang, Cambodia. 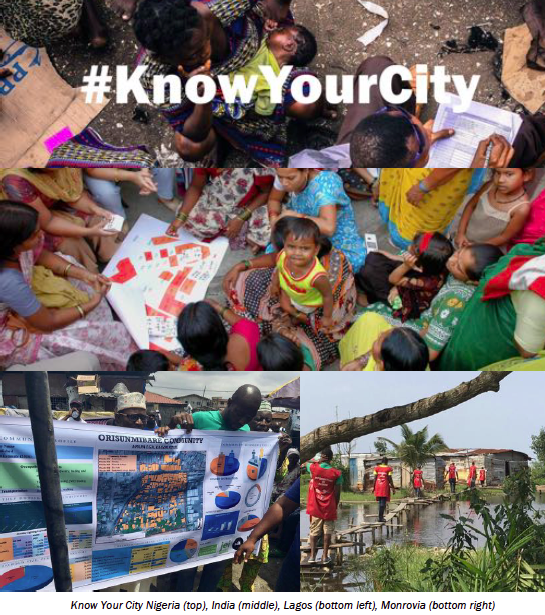 This year, SDI expanded the Know Your City campaign to Latin America to support organized urban poor communities looking to use community-led profiling and mapping to catalyze dialogue with government and/or other potential collaborators to improve the lives of the poor. Small support grants for this work will be available to organizations who show that organized urban poor communities are working toward outcome level change in their settlement or city linked to: Improved public health and safety; Improved livelihoods; Improved land tenure security; or, Improved strategic influence of the urban poor.

Selected groups will have access to the standarized KYC profiling tools, use of the KYC platform and increased visibility as part of the KYC campaign. The expansion of KYC to Latin American provides an opportunity to connect and network urban poor social movements in Latin America, Africa, and Asia. At the World Urban Forum, SDI secured preliminary commitments from UCLG and partnersh such as TECHO and HFHI to partner in this initiative.

In Recife, the community and support organization INTERAÇÃO (SDI’s Brazil Affiliate) and Habitat for Humanity International are using the KYC framework to strengthen the organization and capacities of poor and vulnerable groups threatened by eviction. Using the data, communities can defend and negotiate for improve tenure security and services. Particular importance will be given to the residents of informal/precarious settlements in the areas most valued and subject to real estate pressure. Information on the different favelas will also be used to develop a city-scale vision that communities will use in proposing or establishing alliances and influencing urban policies. This will serve to strengthen the involvement of these communities and influence the revision process of the Recife Master Plan through spaces for dialogue with the local government in the perspective of ensuring adequate housing spaces for the poorest. 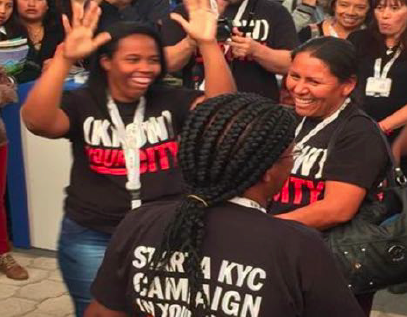 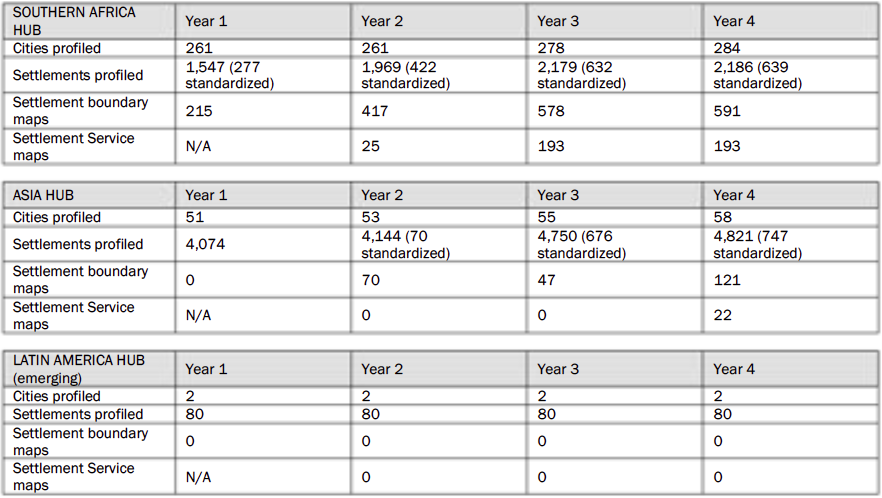 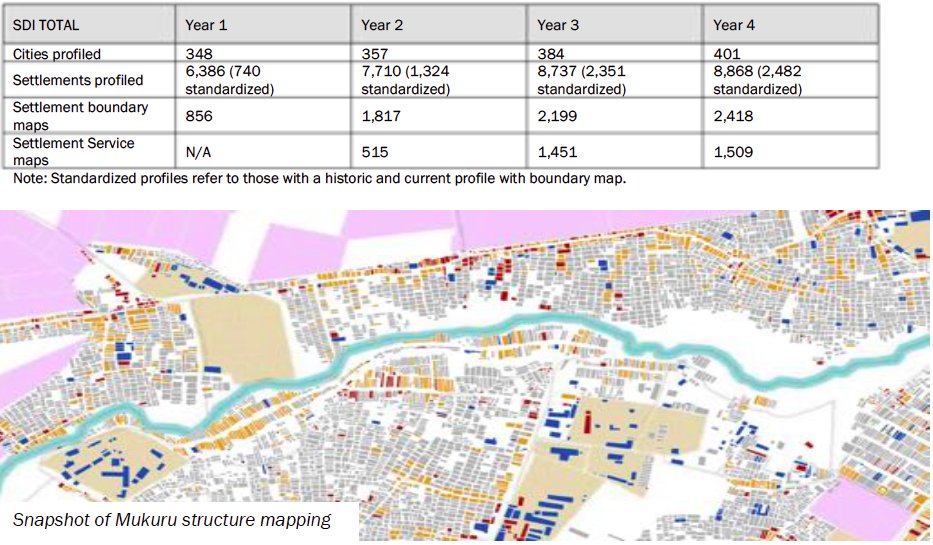 SDI’s Basket Fund represents a commitment from SDI’s partners to join a global network of slum dweller organizations in their long-term struggle to combat poverty and exclusion in cities. In a development sector dominated by consultants and specialists, SDI adds value as a unique organization channeling resources directly to the poor for the development and implementation of their own strategies for change. This arrangement represents an understanding by SDI’s partners that systemic change won’t be projectized or fall neatly into a funding cycle, but requires long-term multi-pronged collaboration to continuously garrison the gains and push the boundaries.

On both fronts SDI made substantial inroads during the 2013-2017 period. Download the full publication here.