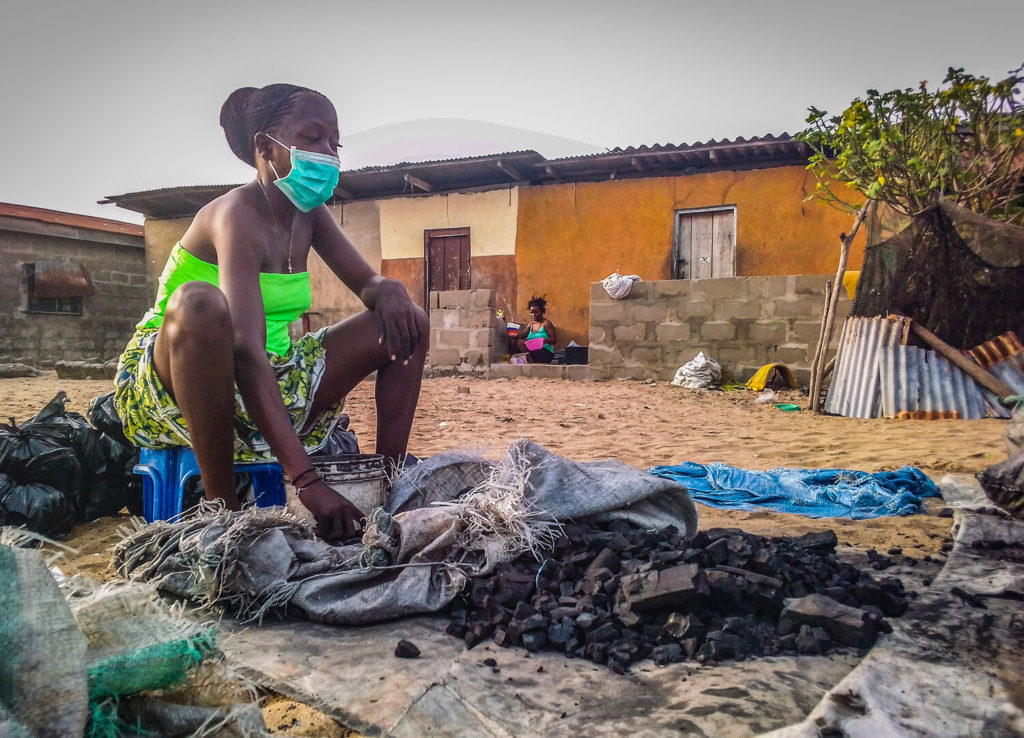 On 1 April 2020, Justice & Empowerment Initiatives – Nigeria (JEI), the Nigerian Slum/Informal Settlement Federation (the Federation), and the Physically Challenged Empowerment Initiative (PCEI) launched a quantitative survey and a qualitative storytelling campaign both designed to understand the impact of the COVID19 pandemic on informal settlements and vulnerable urban poor populations i n Lagos. With over half of Lagos’s 23 million residents living in informal settlements and slum communities, i t i s essential that policies and interventions aimed at curtailing the spread of the COVID-19 and mitigating its effect on livelihoods be informed by data that reflects the real l ived experiences of the urban poor. This dual-pronged effort aims to support more effective policy-making and public health interventions in real time. This report captures findings from research to date and real voices from across Lagos. 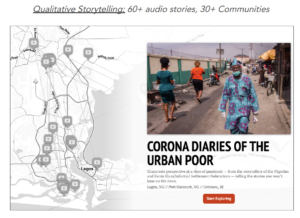 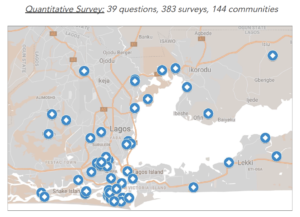 Accurate information and awareness about COVID-19 is key to preventing its spread. In March 2020, the Federation and PCEI launched a community awareness campaign through peer-to-peer, door-to-door education and distribution of ﬂiers and facemasks, as well as demonstration hand-washing stations and hand sanitizer production. The survey aims to assess the reach of this and other awareness campaigns as well as the prevalence of prevention measures.

Across the 144 slums and informal settlements surveyed, the Federation was the primary source of information about COVID19, followed by the government, and then other community groups and NGOs. Many communities reported no awareness campaigns had reached them. Physical infrastructure like public hand-washing stations remain very limited in communities. 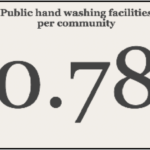 Two of the most effective government policies to control and curb the spread of COVID-19, across countries, have been lockdown and proactive, widespread testing. The Federal and Lagos State Governments have both taken steps to replicate these approaches during the ﬁrst months of the outbreak in Nigeria. The survey aims to assess the effectiveness and reach of these policies in informal settlements and for the urban poor in Lagos.

Encouragingly, a relatively high percentage of communities reported that all or most people were staying at home during the strict lockdown that was in place from 1 April – 4 May 2020. These numbers have steadily dropped as lockdown measures have been eased and general attitudes towards compliance have relaxed — a fact that is in stark contrast with the exponential growth in cases over the same period based on public data from the Nigerian Centre for Disease Control (NCDC).

A strict lockdown followed by gradual easing is a strategy that has been used in some countries to increase preparedness of isolation centers, health facilities, and testing capacity. Unfortunately, access to testing remains extremely limited for the urban poor populations surveyed. Across communities, 83% of respondents reported that no one in the community had tried to get tested for COVID-19; 11% reported people had attempted but encountered challenges; only 6% reported someone in the community had been tested successfully. Anecdotal evidence suggests several reasons for these extremely low rates of testing: (1) Inability or unwillingness to identify COVID-19 symptoms; (2) fear of going for testing or helping an unwell person to go for testing; and (3) unavailability of localized testing in LGAs where the testing facilities are not yet active/accessible. The solution of proactive government door-to-door screening or testing campaigns had been announced in Lagos on 10 April 2020; however, as of date, only 7% of respondents report that the Lagos State Government door-to-door screening has reached their community.

Impact of the Pandemic on Lives & Livelihoods

As the government imposed stay-at-home measures, shuttered non-essential businesses, and limited public transportation options, residents of informal settlements – already locked in a daily struggle to put food on the table – faced price hikes and widespread loss of income. Across communities, 78% reported people are unable to meet basic needs. Meanwhile, the vast majority of urban poor communities (85%) reported government-provided “palliatives” intended for the vulnerable had not reached them. 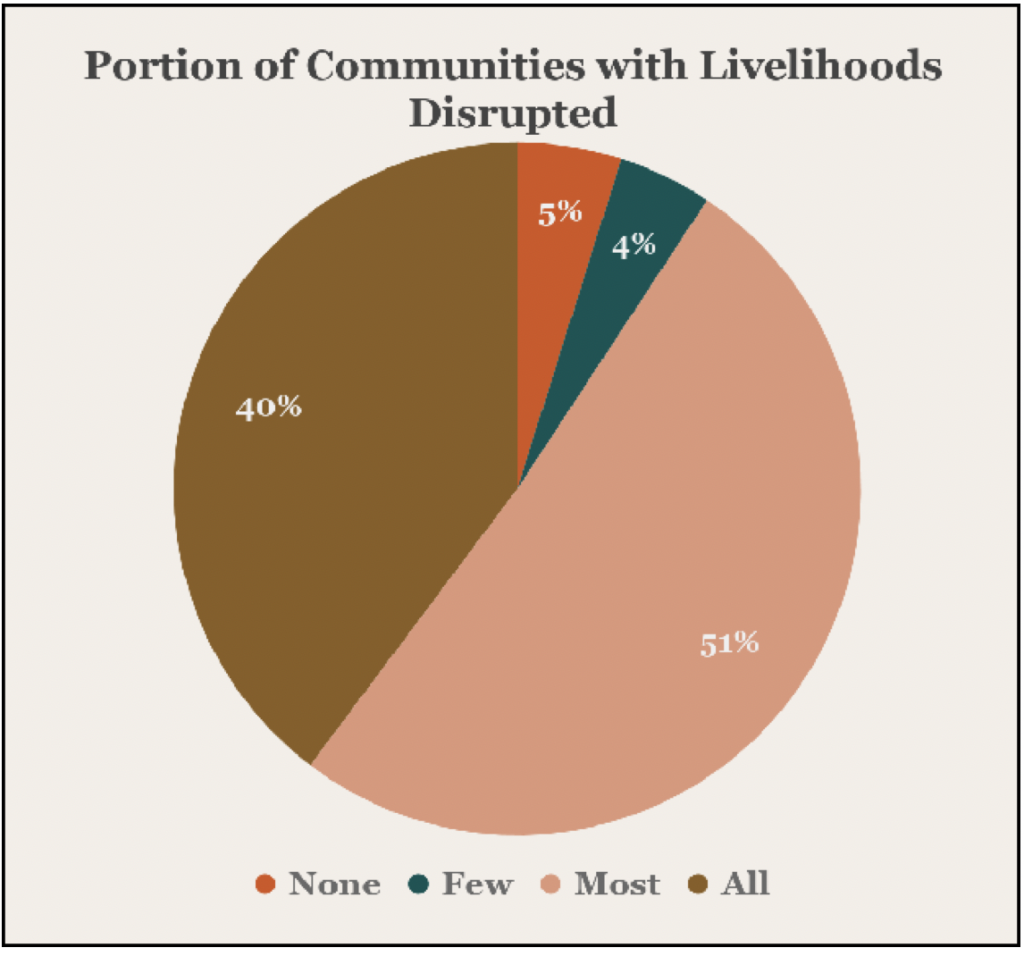 Corona Diaries of the Urban Poor; Stories from the Front Lines

Alongside the survey, JEI, the Federation, and PCEI have undertaken a community-driven storytelling campaign that has brought together a diverse array of perspectives from across informal settlements in Lagos – comprising over 50 stories thus far from over 30 communities – creating a body of narrative evidence to further-inform the picture painted in the data. Stories of hunger. Stories of insecurity and nighttime vigilante duty. Stories of a suspected COVID-19 case unable to access testing or get evacuated despite the efforts of neighbors and community health workers and an old man dying quietly in his beds. These stories have spanned a diverse array of topics – often interweaving more than one person’s experience – that together situate the unfolding pandemic within the context of urban poverty in Lagos, and help to tell the “human side” of the charts and data points referenced in this report

You can explore the full collection of stories from across Lagos at: www.justempower.org/coronadiaries 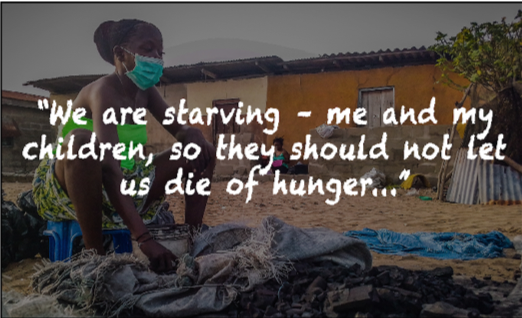 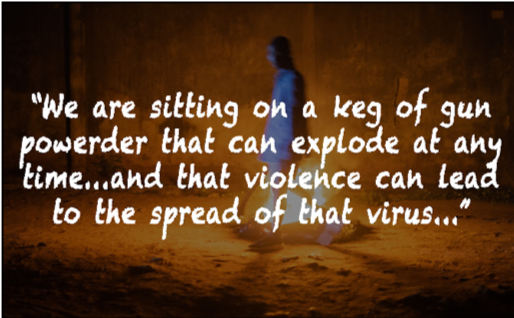 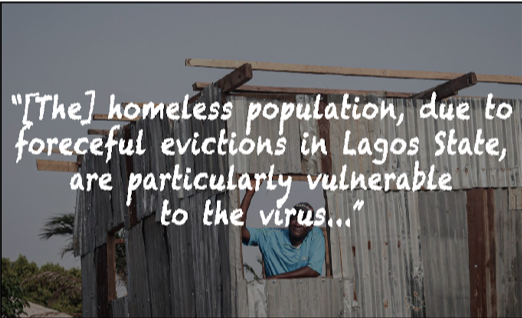 LESSON: Absent government mandated and supported lockdown measures, stay at home will not be a reality for urban poor.

LESSON: Future lockdown measures should be carefully tailored and co-designed by government, private sector, civil society, and communities to prevent insecurity, avoid disruption of food supplies, and ensure assistance reaches the most vulnerable.

ABOUT US: Justice & Empowerment Initiatives – Nigeria (JEI) is a non-proﬁt, non-governmental organization working to empower poor and marginalized communities to innovate their own justice and development solutions. The Nigerian Slum / Informal Settlement Federation is a movement of the urban poor for dignity and development with membership from hundreds of communities in Lagos and Rivers States and expanding to other cities across the country. The Physically Challenged Empowerment Initiative is a grassroots movement of urban poor people living with disabilities.

Since before the beginning of the COVID-19 pandemic in Lagos, we have together led the charge on community health education, distribution of ﬂiers in ﬁve languages and facemasks, as well as distribution of food assistance to nearly 30,000 urban poor households affected by lockdown with generous support from the Indian Community of Lagos, in addition to the efforts reported here.

The survey and storytelling efforts discussed in this report are simultaneously being replicated in Port Harcourt, Nigeria, and Cotonou, Republic of Benin. Reports on the ﬁndings of those reports will be published separately and available at www.justempower.org.