Approvals signed for land in Uganda 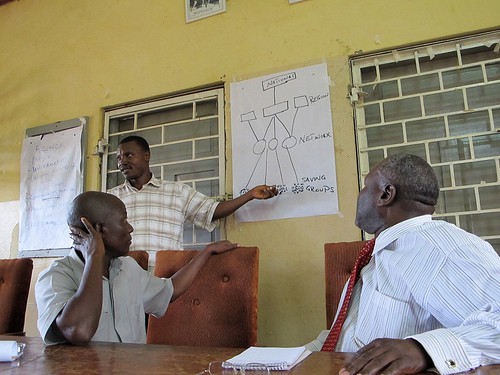 When SDI delegates from Kenya, Tanzania, and South Africa visited Uganda in the beginning of February it was to help consolidate the process of profiling and federation building that has been underway there since 2002. Another goal was to meet with Cities Alliance in order to explain our process and work with them and government officials to develop a proper framework for developing sound urban policies and implementation activities in five “secondary cities”: Jinja, Mbale, Arua, Mbarara, and Kabale.

SDI delegates visited with local federation members and local politicians in Jinja and Mbale, where the CA program is already underway. Municipal-wide profiling has already taken place in both of these cities. The Mbale profiling was conducted while we were there, and the profilers reported that, in addition to successfully collecting data from all 14 informal settlements in the city, they mobilized six savings schemes, in addition to two that already existed.

In Jinja, we met with leaders of each division in the city. In Uganda, the administration of cities is broken down into a number of sub-units, of which divisions are the second biggest after the municipal unit. Discussions with division chairman, senior assistant town clerks, community development officers and the chairs of smaller units within each division, called LCs, were vigorous. In each division, LCs, and other officials challenged the federation to include them in their mobilization of savings schemes, collection of information, and other activities. This is a potentially promising development, as people-led development cannot take place at scale without the support and facilitating power of government officials at all levels.

The Kawama plan was developed in 2008. The local federation visited with the division council to consult with the relevant planning authorities. They then went back to talk within the federation to agree on what kind of houses they want, given what was feasible and what would reach the maximum amount of people. The plan ultimately included 208 double-story units, as well as a mixed use sanitation facility that would include a nursery school, an office for the federation and a meeting hall. This building is not unlike one that has already been built by the federation in the slum of Kisenyi in Kampala. Such units have similar models elsewhere in the SDI network, like in India and Zimbabwe.

At the beginning of the month, the plan did not yet have final approval. But this week, I received word that the remaining signatures have been made and the plan is set to begin. The federation now has the title deed for the 7.6 acres of land designated for the project. A big step to demonstrate the capacity of organized communities of the urban poor to work towards their own development hand-in-hand with government in Uganda. 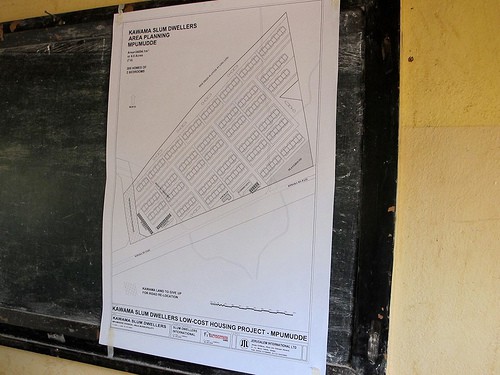 pictured above: The federation-developed Kawama plan, posted during a meeting with political leaders of Mpumudde Division, Jinja.

Solar for the Slums of Jinja ...

Organize As of 2017, the National Slum Dwellers Federation of Uganda (NSDFU) has organized 2,052...

Photos by Herbert Kalungu, ACTogether Uganda By Skye Dobson That get your attention? Yes, well it...