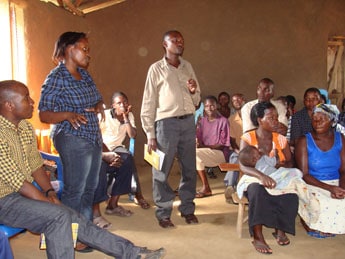 With the enthusiasm and cooperation of the Government of Uganda through its Ministry of Land, Housing and Urban Development (MLHUD),  municipal officials, community leaders and members, the Social Tenure Domain Model (STDM) Pilot Project was launched in Mbale Municipality, Uganda, 03-07 October 2011.  The project will  test how this land rights recording system can effectively record all forms of land rights for women and men living in informal settlements, including formal, informal and customary land rights common in Uganda and elsewhere. 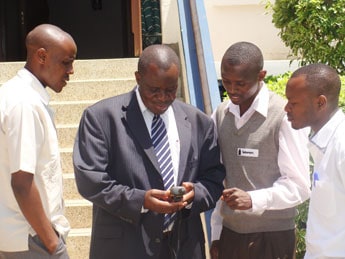 Slum Dwellers International (SDI) and UN-HABITAT through GLTN have joined forces to use and test STDM by using data generated from a participatory enumerations process which is on-going in Mbale. As such, the pilot combines new technology with community engagement from decades of experience by SDI. The pilot is not only testing the STDM software, but also  building the capacity of multiple stakeholders on how to use it, and how to best document the process, with the  aim for potential scaling up in the future.

The project will be implemented in collaboration with the existing government programme called: Transforming the Settlements of the Urban Poor in Uganda (TSUPU).

During the week, various meetings, workshops and training sessions were held to exchange information, undertake planning and start capacity development in regards to its actual implementation. Actogether, an affiliate of SDI, with the slum federation leaders and community members – the key implementers of the project- plan to start the sensitization and data collection process in the next few weeks.

Early versions of STDM were developed in partnership with ITC of Netherlands, World Bank and International Federation of Surveyors (FIG).

As the UN-wide Habitat 3 Conference draws closer, SDI is being invited to and involved in...