In the Spirit of Jubilee: Marking Kenya's 50 Years of Independence 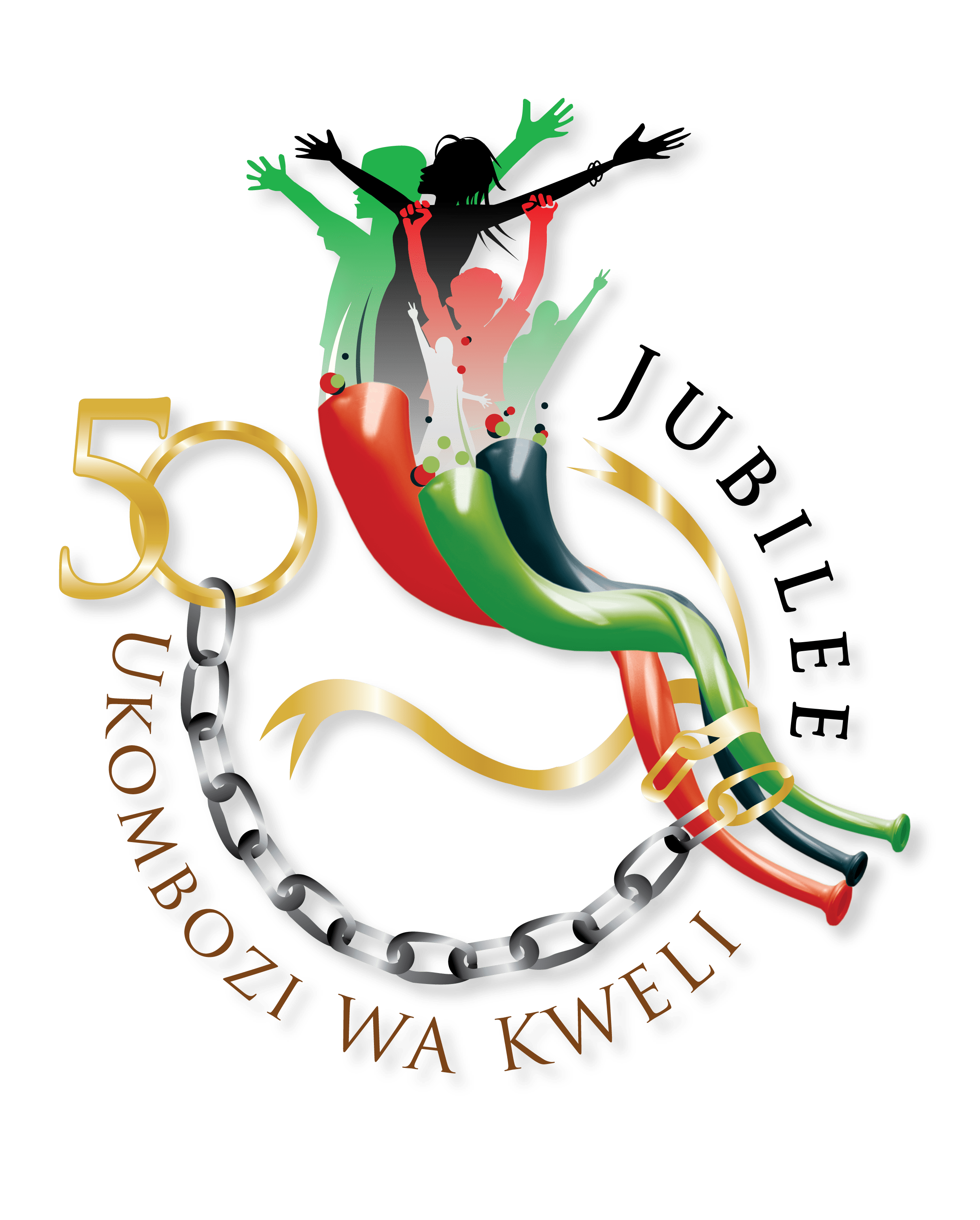 The Republic of Kenya, precisely the county of Nairobi, has for the past 48years had a crisis of inequality (unequal distribution of resources). Over time this has led to gross poverty levels in country. Overcrowding has become a norm in most urban settlements with 65 per cent of the total Nairobi populace living on less than 1 per cent of the land mass.

These conditions have resulted in constant threat of demolitions, violent evictions, fires, floods and insecurity of the slum settlements by powerful forces within Government and the private sector.

In breaking this generational cycle, Jubilee (Leviticus 25:8-13) is designed and choreographed to lift from the hearts, the terrible burden of lifelong poverty, bondage, doom and hopelessness whose ultimatum is death.

The British colonialists’ involvement in Kenya began in the 19th Century; this facilitated discriminatory self – allocation of large tracts of land to white settlers immediately after the 2ndWorld War.

This necessitated increased resistance by the Mau Mau to Colonial rule, Oppression and Exclusion in the 1950s led to eventual independence on 12th December 1963. Many Kenyans of Asian origin left for Britain in the wake of the Africanization Policy, however, the Colonial Land Distribution Systems remained in force, and thus the influx of Kenyans moving to Nairobi in search of jobs increased the number of squatters moving into Nairobi’s informal settlements.

Kenyan citizens were left with the “left- over”, they were forced to occupy fragile land zones, steep slopes, river valleys, railway reserves and the available riparian.

Fast forward to the year between 1964-2011, overwhelming evidence suggests that land allocation procedures are routinely by-passed to benefit a small group of powerful individuals, who were and are cabinet ministers in government, senior civil servants, politicians and well-connected businessmen.

Slums in Nairobi can be categorised into two; squatter settlements and those that arise out of illegal sub-divisions of either government or private land.  In the country, 60-80 percent of the urban population lives in slums that are characterized by lack of access to water and sanitation, insecure tenure, lack of adequate housing, poor environmental conditions, and high crime rates (UN Habitat, 2008)”.

Rapid growth of informal slum settlements in the city of Nairobi has been mainly due to increasing income inequalities and urban poverty, increasing rates of rural urban migration, inefficient land delivery systems, high costs of urban living and poor investment in low income housing, among other factors.

We have witnessed heavy investments in Nairobi’s vibrant housing market by banks, Real estate developers and other multinational companies, not only excludes the urban poor in acquiring housing units, with less than 2 per cent of funds in financing their housing needs. It also seeks to snatch from them the spaces they occupy, with most stakeholders eyeing the Mukuru Belt, which sits on 2,000 acres of Prime Private Land and has a populace of over 500,000. Evictions are daily orchestrated threats, as developers seek to put up housing structures on this prime land.

The major slums in Nairobi are Kibera, Mathare, Korogocho and Mukuru which comprise of many villages within them, with other over 160 smaller slums which are spread in different areas of the City.

In addition to this divisive politics along tribal lines and bribing slum dwellers just in time for the elections, all in aim of getting votes(vote banking),this then tends answer the old age question , why the poor remain poor and vulnerable and the rich become richer. The gap becomes wide every single day.

‘Jubilee’ literally signifies “True Liberty – Uhuru wa Kweli”. According to Leviticus 25:8-13, it is to take place in the 50th year after 7 cycles of 7 years each.  The golden Jubilee is an announcement of Freedom, Restitution of Land and Property, preclusion of inequalities created by the extremes of riches and poverty in Kenya.

This campaign hopes to turn millions of squatters into secure, confident and dignified home owners. It gives Kenya a Holy Window of Opportunity, a kairos moment, “a passing instant when an opening appears which must be driven with force, if success is to be achieved.”

As Kenya prepares to mark her 49th anniversary as an Independent State, The Kenyan Jubilee goal is to ensure that by this timeline, security of tenure and comprehensive slum upgrading commitments are guaranteed for all slum dwellers across the country.

Quotes of the Jubilee Ambassadors 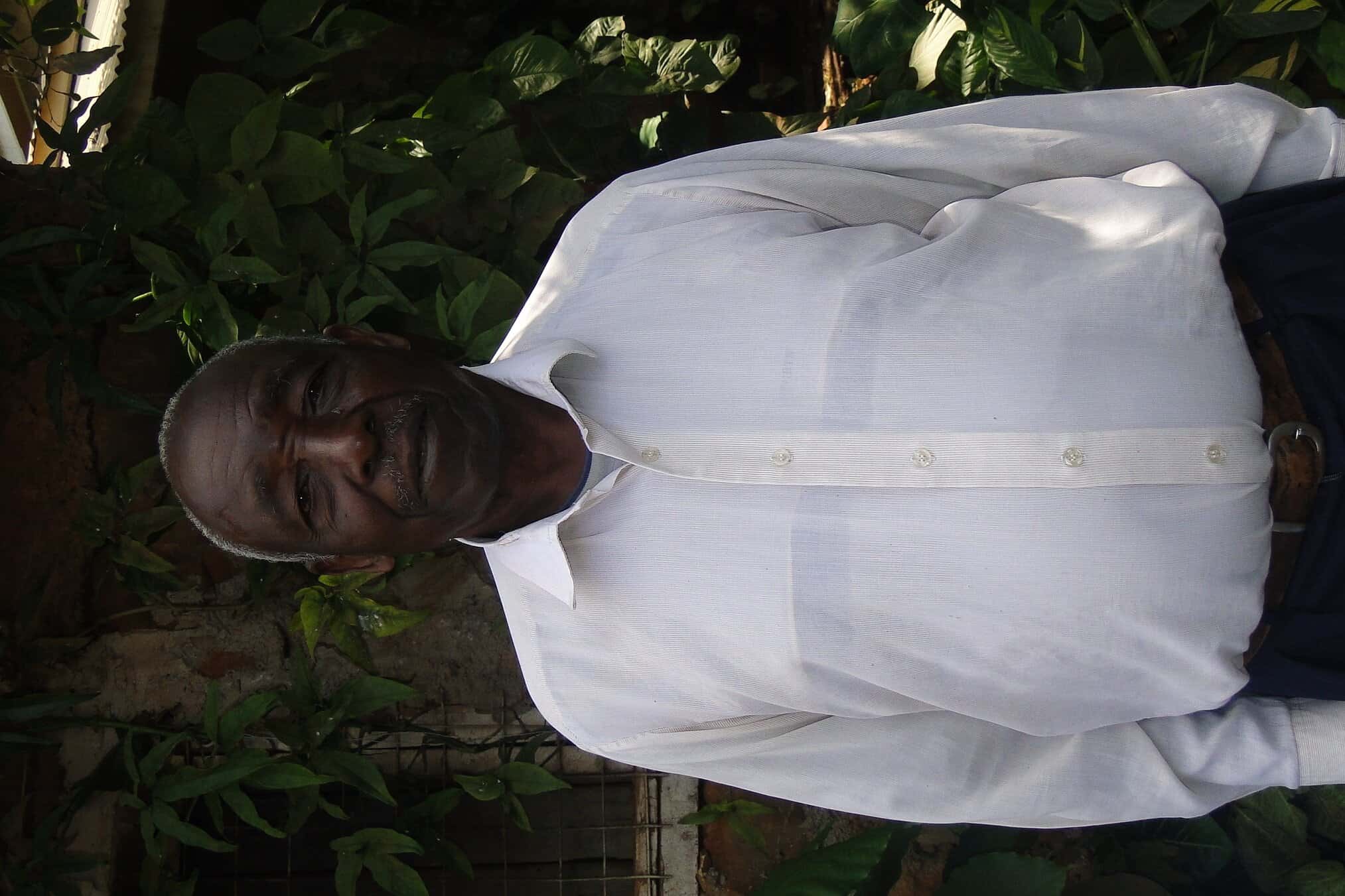 Mzee Mwangi Mbaru, 92 years, a squatter for the last 5 decades

“I last owned a piece of land in Runda in 1952, it was during the same year that the Colonialists declared a state of Emergency and within a blink of an eye, I had lost my piece of land and my home. Ever since, I have remained a squatter in my own country. Am 92 years, I still do not have a place to call home for I am staying with My eldest son, Peter Waweru on less than an eighth acre piece of land . I understand that the Government should provide low cost housing for its people, but since independence this has not materialized ….this is a really painful ordeal that the homeless people like I have to deal with.

I hope in the spirit of the Kenyan Jubilee, (as Kenya waits to celebrate its 50th Anniversary in 2013 as an independent state), let forgiveness, cancellation of bad debt owed to the rich by the poor and most importantly the release of land to the poor in society be a priority on the Governments’ agenda.” 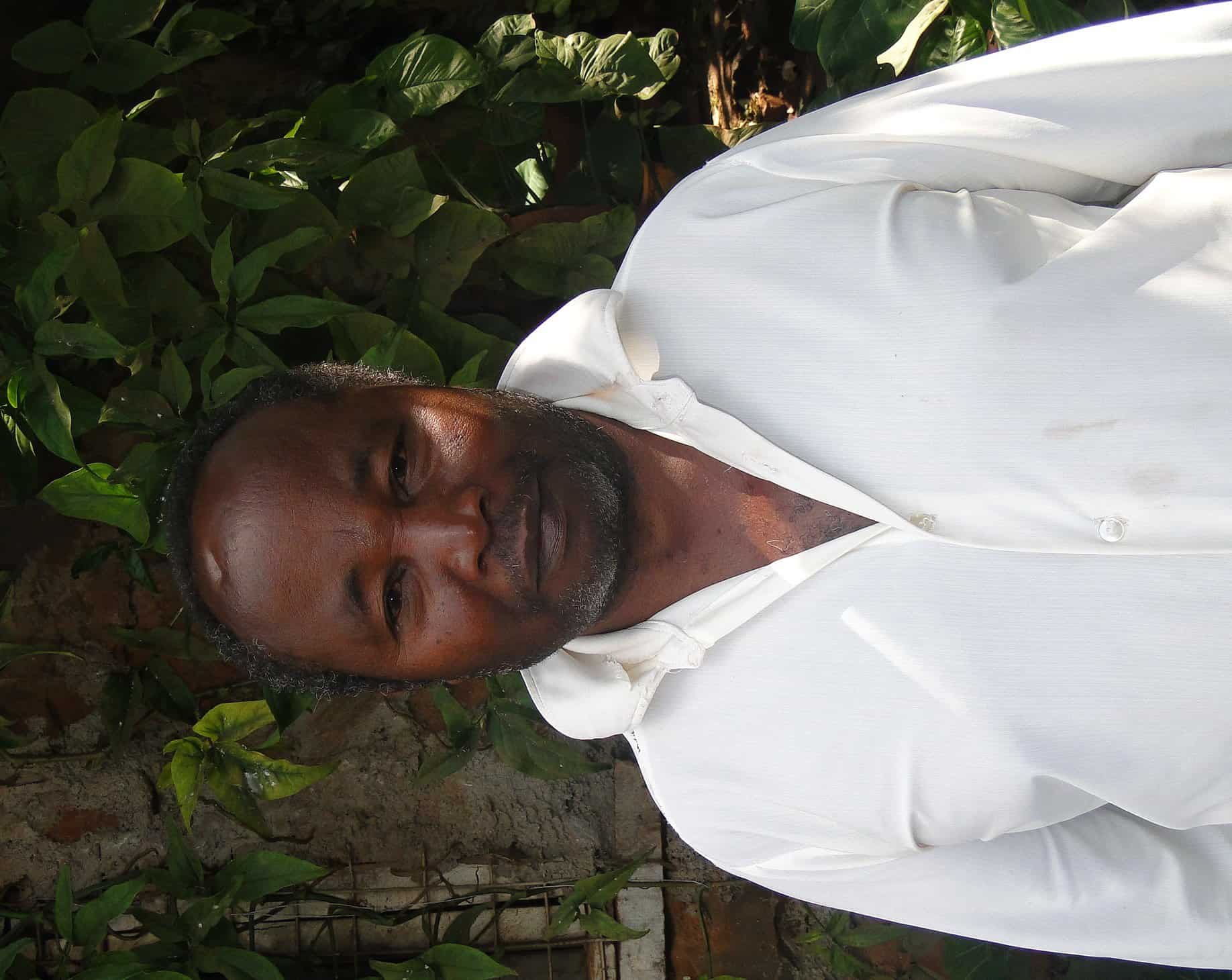 “My father brought up my siblings and I in the slums. Slum life is all that I have ever known. It is unfortunate scenarios that after independence freedom fighters like my dad were neglected. Am really sorry for myself that I too had to bring up my children in such circumstances, but am still hopeful that things will become better as the Jubilee campaign gears itself to address issues of past injustices that the poor and weak in society have had to undergo for the last 50 years. Let’s ask ourselves this important question,

Where did we go wrong as a nation?” 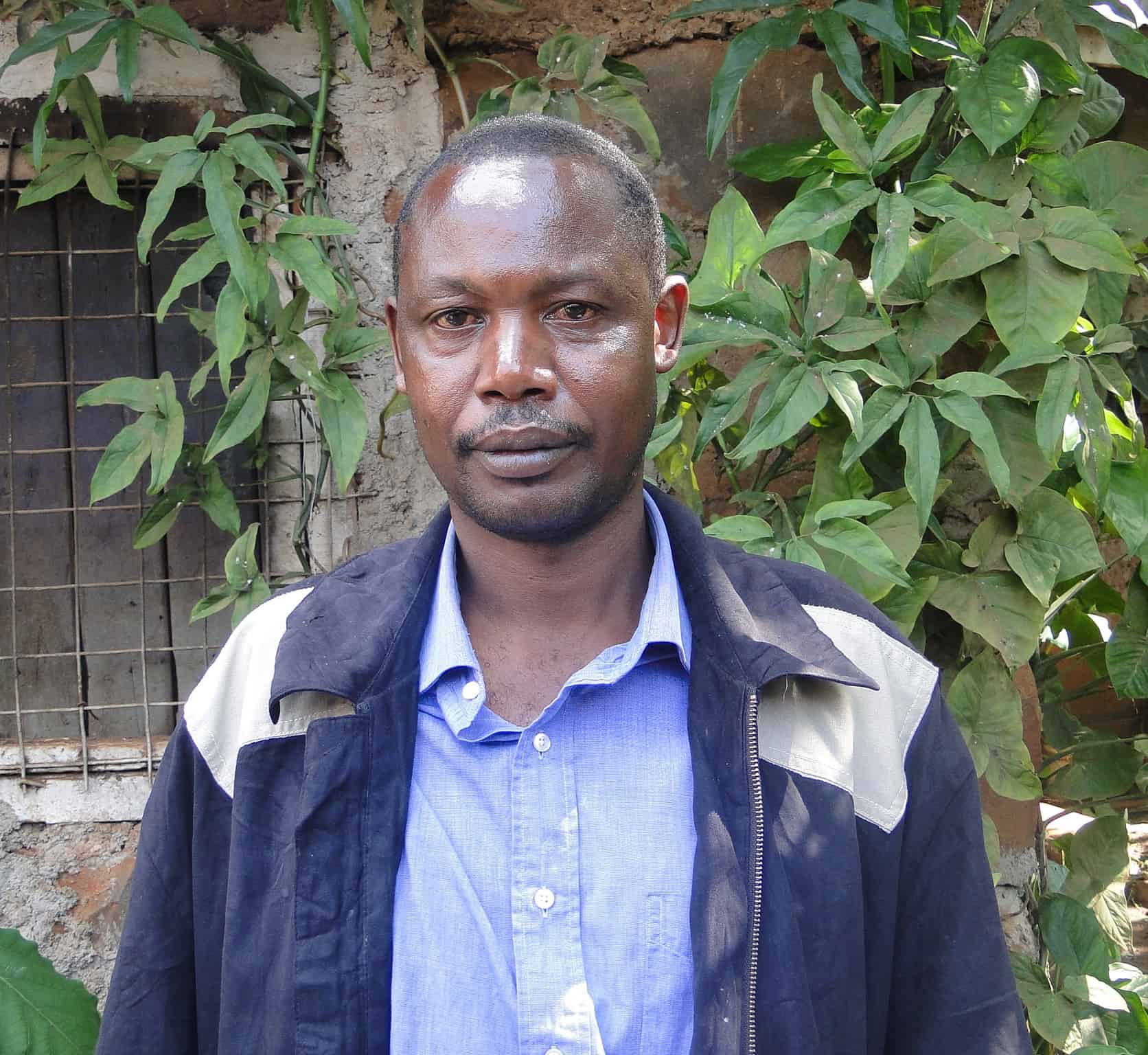 “The Government is the custodian of the Constitution and is supposed to protect its citizens from any form of abuse of their rights. Parliament should also play its fundamental role of keeping the Government in check, I really take offense when the same Government would just bulldoze into the slums and demolish homes belonging to the poor, in the slums without caring where they would move to. Evictions are not a long-term solution to eradicate slums. Recently residents of Kiang’ombe and Massai villages were forcefully evicted by Kenya Airports Authority living thousands of families out in the cold…what did some families do? They picked up their pieces walked across Mombasa road into Mukuru and are now putting up new structures! Hasn’t the government made this situation even more complicated? Let the authorities’ dialogue with the urban poor and offer them alternative areas for them to relocate if the lands in question are public/private. “ 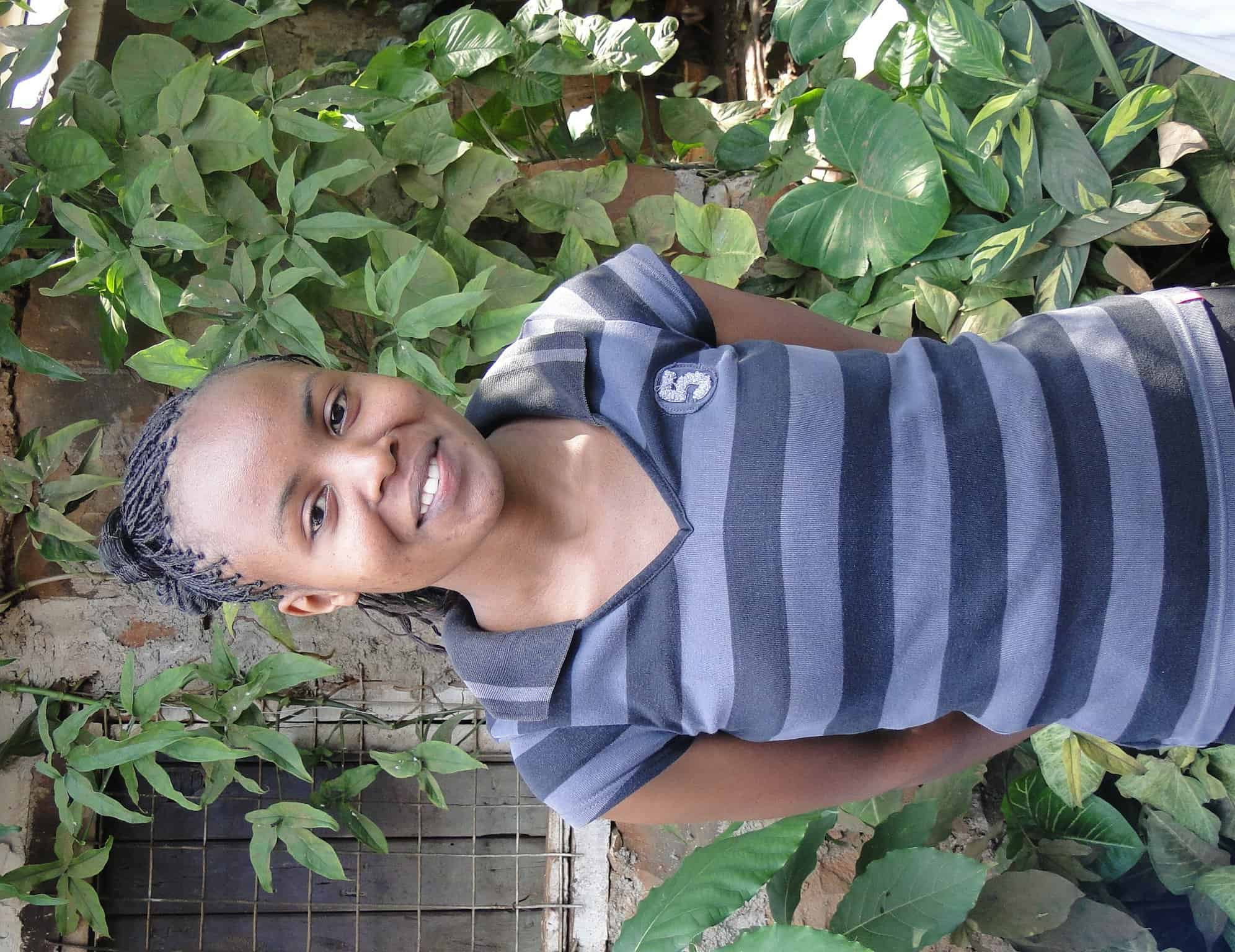 “Kenya will go down the annals of history as one of the countries in with no proper policy framework that would guide in the provision of low cost housing for its citizens. It is heart wrenching to accept the fact that my grandfather has been a squatter all his life having brought my dad, uncles and aunties in the slums. The next unfortunate episode of my life is being brought up in the slums too. It’s time the Government take action to provide land and housing to its people, this is indeed a time bomb if necessary action is not taken to remedy the situation.” 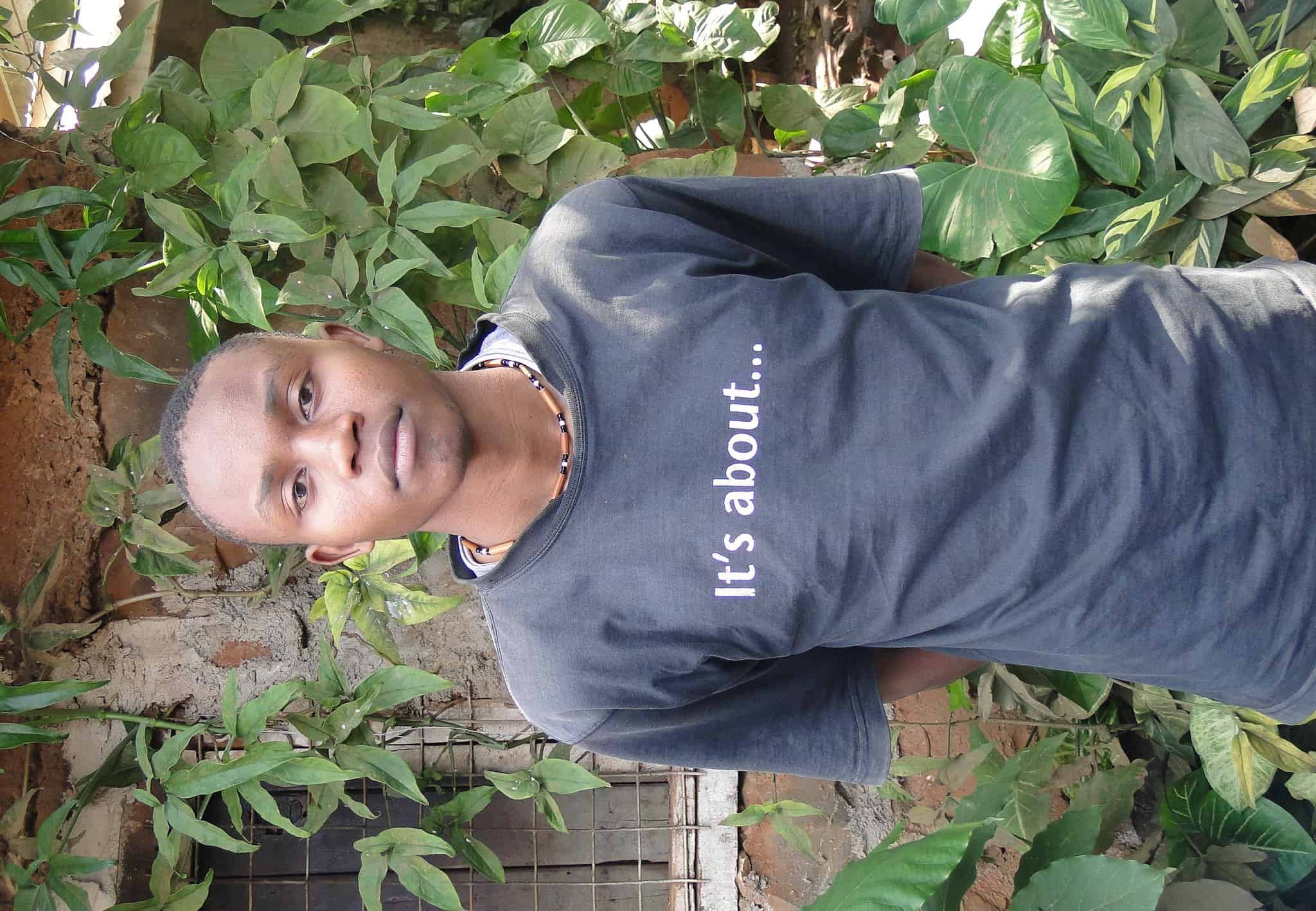 “We are living in a digitized world where technology has taken centre stage. It is unfortunate that the Kenyan youth have no access to this kind of basic infrastructure. The Government needs to empower its youthful constituency so that they are able to emerge from the cycles and shackles of poverty. Past injustices especially when it comes to issues of land. I support the Kenyan Jubilee campaign for it is the voice of the voiceless.”