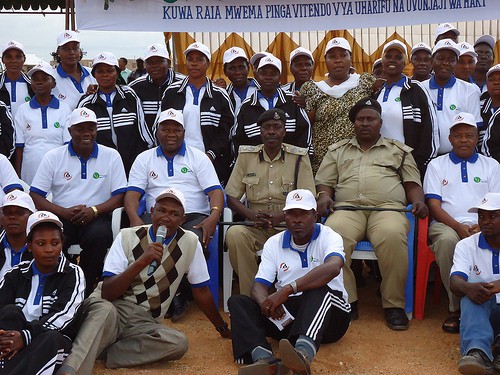 The exchange participants learned that in Mumbai, where slums are notoriously under‐manned in terms of police personnel, the Indian federation launched the Panchayat project. The project has been successful in increasing citizens’ safety rights and addressing the distrust that exists between the poor and the police. Despite the fact that more than half of the population lives in slums, the Tanzanians learned that the proportion of the police allotted to these areas accounts for less than a third of the force.

The exchange revealed that the idea behind the Panchayat is that community disputes should be resolved at the local level whenever possible. The Panchayat mediates family and neighbor quarrels as well as instances of domestic violence. They have been able to do this effectively and thus greatly reduce the caseload for the police. Women form the majority of the Panchayat due to their in depth knowledge of the community and time spent at home.

The Panchayat members have gained such a positive reputation that they are now asked to help the police maintain peace and order when there are festivals in the city. They are also invited to meetings by the police department on critical issues. At present, there are 64 active Panchayats in Mumbai and the federation anticipates this number will grow.

The Tanzanians appreciated the community policing principle of dispute resolution at the local level. These slums disputes if not resolved can lead to serious and pervasive crime. Upon returning home, the Tanzanian Federation decided that this principle would form the core driver of the Tanzanian project, as well as civic education and counseling to youth and children on safety and crime prevention.

Implementation of the Tanzanian Federation community police program began with an enumeration focused on crime and safety within slum settlements in Dar es Salaam. The enumeration – a community conducted household survey – allows the federation to identify key priorities of the community. 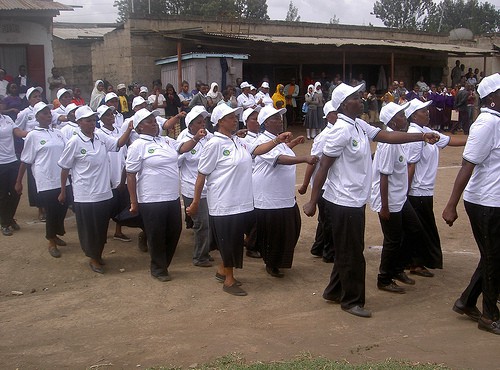 In Tanzania, as with the Panchayat in India, the federation has been especially effective addressing domestic quarrels and disputes among neighbors. The central role of women in the implementation of the community policing is setting a new precedent for crime prevention within cities. Moreover, through the counseling program, slum youth are taught about the effects of drugs and the importance of attending school, which it also believes is reducing crime prevalence.

The implementation of Federation community policing program has thus prompted new thinking in the country’s slums, particularly regarding issues of crime and safety – so much so that the Chief of Police of Tanzania has encouraged all regions in Tanzania to initiate community police programs. Indeed, while the Federation community police program started in Dar-es-Salaam – where five Federation groups are now engaged in community policing activities – the initiative has since been expanded to Arusha, Dodoma and Mara. In each of these cities, the Tanzanian Federation has developed a very close working relationship with the Regional Police office. This has resulted in a shift in the way slum residents are viewed in matters of crime prevention.

As the Tanzanian Federation moves forward with its community policing project, it seeks to establish livelihood projects to support the work of the volunteers. While the federation has received financial support in Arusha and Dodoma from the regional police office, the federation thinks it wise to bring additional resources to the project to ensure a continuity of service. The community policing teams require small funds for communications, transport, and trainings. One group in Dodoma, for instance, has already begun supporting its activities by selling soft drinks. In addition, the federation hopes to secure more funds from the Government and private sector.

Today the Indian SDI Alliance, made up of the National Slum Dwellers Federation (NSDF), Mahila...