Culture, Informality, Heritage, and Cities: A View From Below 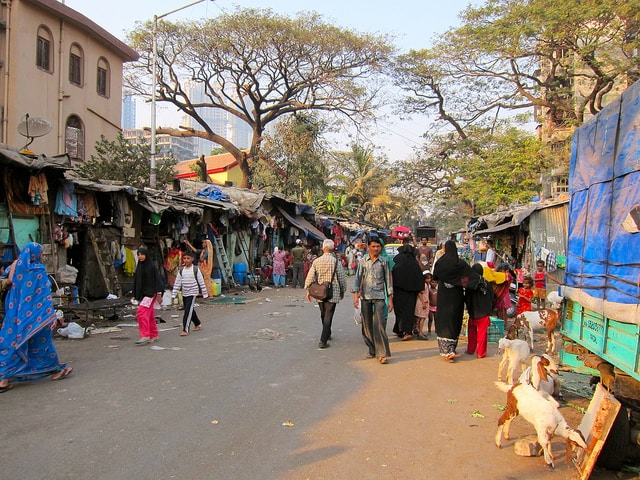 Culture is Produced by the People

Cities are now at the cross roads of making choices in relation with what attributes they concede to the production of culture. Planning norms and practices have begun to identify buildings, districts and heritage sites, and often end up protecting them against people!

Cities are truly the creatures of living cultural heritage, and its inhabitants must face the challenge of dealing with seemingly sensible rules and regulations that are not working for a large section of their populations. Instead of creating mechanisms to arbitrate between diverse interests and conflicts, these processes are producing mono cultures that  stamp out the rights of many for the fulfilment of rights for a few. These challenges are most obvious in cities of the global south, although these tensions and processes operate in all cities around the world.

All southern cities are crowded by people generally using non-motorized transport. There are large crowds everywhere,  in markets and on the streets and in temples. There are festivities erupting in cosmopolitan neighbourhoods where modern global “good practices” seek to reduce sound pollution and thereby put restrictive use of public spaces where traditional celebrations takes place and where the poor participate in large numbers. As a result, the spontaneous yet structurally robust confusions created by celebrative events in the heart of cities – are being stamped out by rules created out of fear and demand for clearing the public spaces for cars of the elite. Gated communities, shopping malls, fly-overs, all new symbols of modernity and success and progress are destroying living city cultures that have evolved through many decades and in some instances through centuries.

How should the rules of engagement for cities be developed? How can universal guidelines work to identify, deepen and make robust that which is celebrated and produces a public and street culture that “modernity” and “the new monocultures” are systematically killing? What are “the precious elements ” which creates identity, relationships and networks in cities? What can and should be changed in order to produce more equity, more inclusion and breach old cultural practices? Who is it in the power to decide?

Not a optimistic picture

The present situation is not very optimistic. In many cities both the built heritage and cultural traditions are first demolished and then their loss is bemoaned, by which time it cannot  be reconstituted. Often the reasons for the loss are hidden and not understood by  those who lost these spaces and lived through the processes of cultural change. What they do recognise are that what happened seems to lead to reduced tourisms or reduced livelihood options and reduced revenue, which again brings a sense of crisis into the challenges already faced when addressing cultural issues.

Cities and towns in the global south seek copy the development of cities of the north without acknowledgement that in their past industrial stage they faced similar challanges. Development imageries are imported from northern post- industrial cities and imposed along with their development regulations, and end up making cities work for a few and make the majority’a usage of the city  illegal. The use of public spaces for informal habitats and livelihoods have become unacceptable by the rule of law based on the planning norms from the “global north”. International development and knowledge systems and “modern town planning schemes” further assists deepen this process. In some places the needs of 10-15% of the population elite, overrides the needs of the whole city.

Countries, cities and localities in denial of their cultural heritage

Culture is not just old buildings, it’s how individuals, neighbourhoods and cities create rituals and practices to transact their lives, produce processes and systems which enable them to cohabitation. Each generation has to assess these practices and choose what works for their time, and what is intergenerational and critical for future generations to retain.

Markets, neighbourhoods, walled cities are under threat by modernity, mainly because the lands on which these operate are now seen as valuable to capitalize on. Wet markets (vegetable markets) which are in every city and town in the global south, where the rich and poor buy their food and other daily needs, are gradually being phased out. Malls are replacing the wet markets, and many studying this phenomenon clearly see that the natural cross-subsidy for fresh produce and vending opportunities are lost to a large majority.

Most cities have the poor, the markets, and the “modern city” competing for a place within the city centre. Many cities seek to kill the organic development process by putting up roads and big buildings in an attempt to provide  some “order”. Evictions of poor neighbourhoods are seen as inevitable in the name of investing in the public good, and many households have not even been given compensation because they do not have legal deeds to the land; they have only lived there for many decades.

The questions to be addressed are: Are there other options? Can the right for life and livelihood be invoked to protect the rights of the poor? Can solutions be developed through dialogue and discussions? Can large infrastructure projects consider these processes as investments worth making in both the time it takes to build consensus as well as to produce increased inclusion? The fact is that traditional neighbourhoods and their livelihoods are being destroyed every day as we are searching for evidence for “best practice”.

Take the challenges of informality

Most of the urbanization in the global south is informal, and the largest employment takes place within the informal sectors within a bazaar culture; such as vending and recycling businesses. Street markets, crowded sidewalks are all part of the life in the cities and the markets are venues for many a cultural practice that modern planners seek to control, and in their task often destroy.

Take the instance of waste pickers in Cairo and for that matter all cities in the south. For centuries communities have traded in recycling and have created livelihoods which cities could nurture and link to the city’s garbage management. These processes are sustainable and all they need from the state is the right to have space to sort and transport recyclable waste. Yet almost in all instances the city hires private sector waste recyclers who rarely sort and separate the garbage collected. The traditional waste recyclers need contractual agreements that include them in the garbage industry. What is being done today by city planners is that they seek expensive and unsustainable solutions of garbage handling systems from “the north”, from countries which just recently has started in the recycling of garbage business.

Everyone at odds with slum dwellers

Cities are now at the cross roads in relation to what attributes they concede to the production of culture. Planning norms and practices have begun to identify buildings and districts and heritage sites and often end up protecting them against people! Informal settlements look like a sea of roofs from the outside and so impenetrable that the only way that planners figure to deal with them is by demolishing them. In reality these are complex neighbourhoods that are evolving and changing. Their ability to morph into viable neighbourhoods is dependent on the involvement of the state to assist and support this process. The poor living in the city centres are competing against the elite: Struggling towards the power of the vertically structured commercial house and land market infiltrating their neighbourhoods.

The next few decades will exacerbate our urban challenges

It is already globally announced that more than half of the world population lives in cities and that even more will settle down in the already crowded cities of the south. For some decades cities have had to accommodate very large numbers. It seems that in future, most houses will be self-built incrementally because cities and national governments can’t develop financing mechanisms to aid them at the rate and pace they need. Most residents will be employed informally and will stay at odds with the laws, the laws which they cannot accept because they are framed to exclude them. In many cities household people squat on sidewalks and bridges in order to be near work, work which again very often forms informal occupations servicing registered institutions and businesses as well as elite households.

All southern cities are and will continue to be crowded. People will continue using non-motorized transport. There will be crowds in markets, mosques, churches, and temples. Festivities will be erupting in cosmopolitan neighbourhoods increasing this spontaneous yet structurally robust confusion, which again will continue to be contested for every new formalizing city rule created: Created out of fear and demand for clearing the public spaces for cars and the elite.

SPARC started its work seeking the rights of households who live on pavements to prevent eviction without alternatives. From 1986 to 1995 pavement dwellers in Mumbai created organizations that fought to be accepted by the city of Mumbai. Today they have a joint program, but it took ten years for the policy to be formed and in the next 15 years the households should be moved.

The National Slum Dweller Federation (NSDF) of India that seeks to bring the voice of the poor into the development table, formed an alliance with SPARC and Mahila Milan in 1996, and together they founded Slum/Shack Dwellers International (SDI) which now operates in 33 countries across Asia, Africa, and Latin America. Together, the SDI network seeks to build a culture of dialogue amongst the urban poor and to facilitate dialogue between cities and local communities. Federations in SDI have managed to change some rules, and increasingly global and local development actors, are beginning to examine SDI’s solutions as means to address the challenges of conflict in cities. The role of social movements is to produce civilized dissent and  demands for inclusion.

What is needed urgently: Capacity to arbitrate

Reconciling, negotiating and balancing are tough acts, and cities need leaders with such capacities. Incremental city growth and crowded streets are there and it is important to take a reality check into this environment before plotting strategies of how to manage cities and make them work for all. The questions related with this endeavour are many, and include: How should rules of engagements for cities become developed? How can universal guidelines work to identify, deepen and make robust that which is celebrated and produces a public and street culture that “modernity” and this new monoculture systematically killing what is precious and which creates identity, relationships and networks in cities? What should be the role of local national and global players which we now see becoming intricately woven into our increasingly connected globalizing world? There is a need to stay focused on the local while building national and global terms of engagement. Capacity building efforts are often treated as “knowledge transfer projects”, instead they need to build skills enabling people to negotiate and arbitrate – THAT IS ALSO CULTURE.

**This article originally appeared on TheCityFix, produced by WRI** By Alex Rogala From evictions and...

**Cross-posted from The Age of Zinc** Age of Zinc is proud to present the twelfth installment in a new memoir from the slums of Kampala, Uganda. Check back every week to...

**Cross-posted from The Age of Zinc** Age of Zinc is proud to present the third...