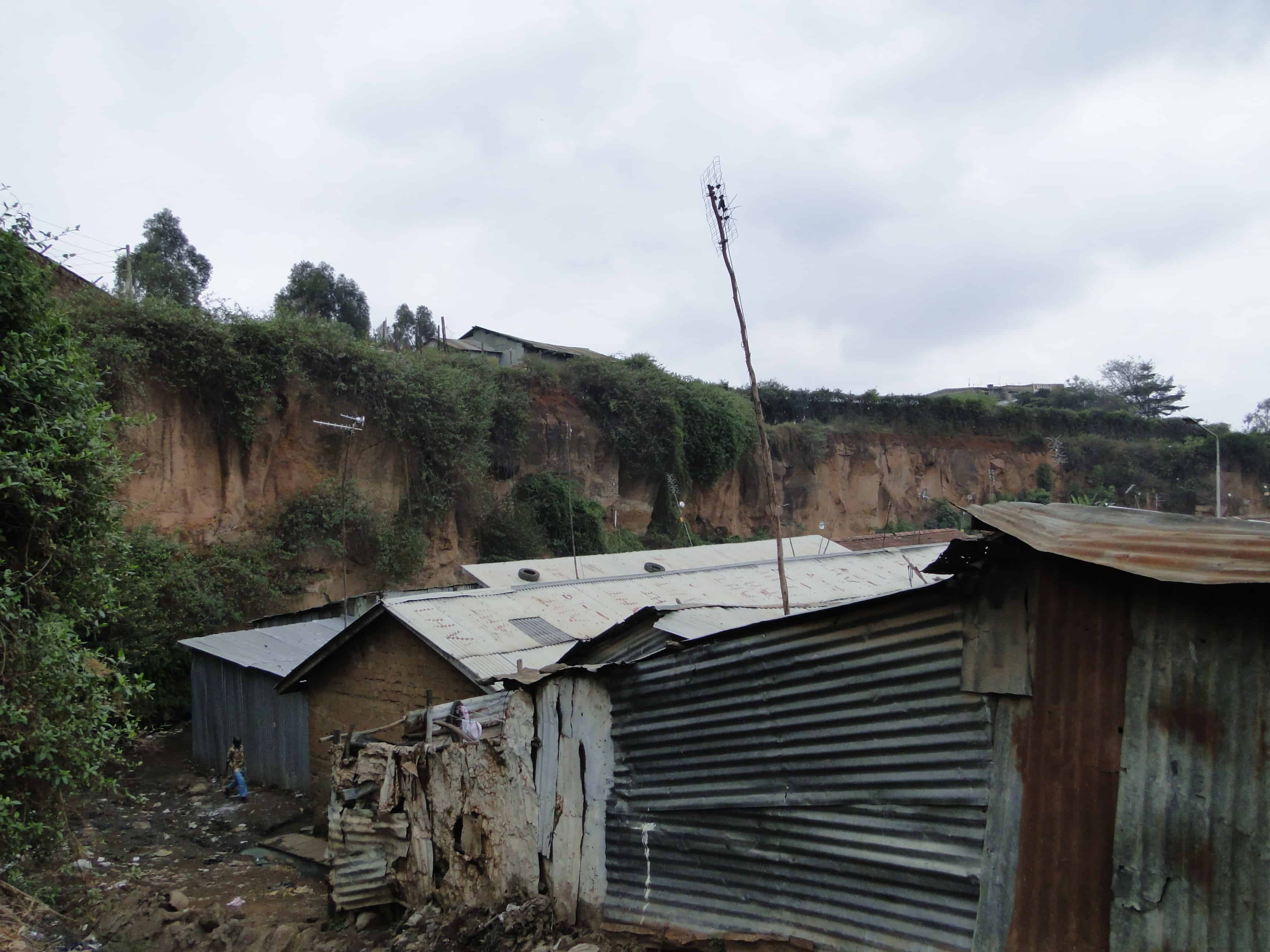 **Cross-posted from Living the City blog**

On the dawn of Wednesday 4 April, Mathare valley residents in Nairobi woke up to yet another disaster; a massive rock landslide that left 9 people dead (as of the morning of 5th April), several others hospitalized and another number still unaccounted for. This tragedy follows barely a month ago after an inferno that blazed section of the slum. It is also a sad moment yet again for our nation as we receive sad news from our urban poor and the disenfranchised urbanites sitting on disaster time bombs due to policy and institutional deficiencies in addressing slums and informal settlements. Is this just another talking point for our city/nation?

Mathare is located close of the City’s CBD, in a section where precarious housing (shacks) and environment characterize the informal settlement. This is a catastrophe prone settlement; floods, house sinking and slope instability, landslides and other environmental hazards.A large section of Mathare Valley is an abandoned quarry site that had for long been mined for stone buildings and concrete. It is evident that shacks and buildings in this area sit on landfills and others at the bottom of quarry pits. Situated along the top of the rock cliff where the recent landslide occurred, is a residential development of high-rise buildings with some structures erected at the cliff edge. This definitely raises questions about the structural stability of those buildings. A quick topographical transect of Mathare reveals a sharp steep slope characterized by rugged terrains and two rivers that form part of the Nairobi river basin system flowing through the settlement. Apart from the residents in various villages of the valley living at the edge of unstable rock cliffs, there are thousands also living along the riparian reserve. These households occupying the riparian reserve are at risk of facing floods should the unexpected heavy rainfalls occur as it has recently been witnessed. With the weather patterns becoming more unpredictable, the urban poor in the city are at a higher risk of being victims of extreme weather patterns. The effects of climate change are evident and despite the urban poor in developing world contributing almost zero to global GHG emissions, the wrath of climate change has not spared them. 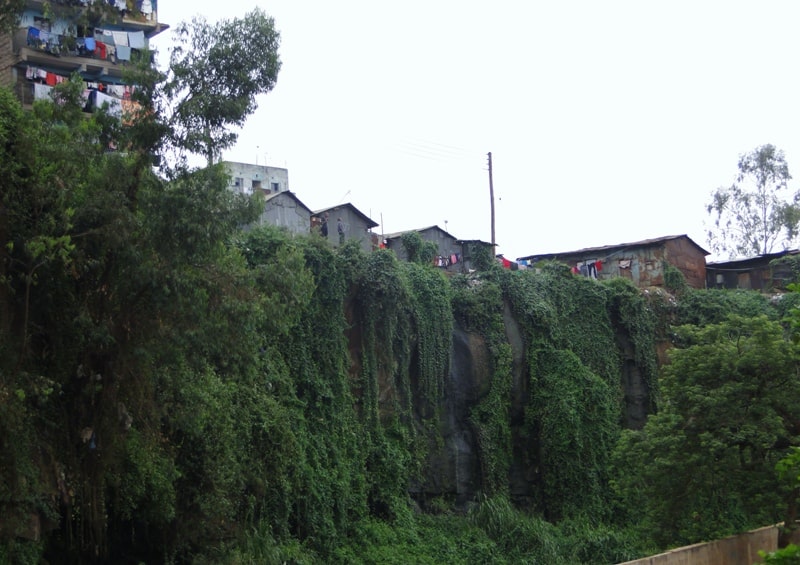 Sections of 4A, Mathare along the high rock cliff where disaster struck (taken before the disaster)

The Sinai fire disaster is still fresh in our memories; this was one of the disasters that ignited a heated debate on slum upgrading in Kenya but still little has been done to address the environmental safety of hundred thousands of Kenyans living in settlements prone to disasters. Whereas comprehensive slum upgrading could take longer to realize; owing to its intrinsic complexities, resettling of households living in hazardous areas and reorganization of informal settlements to open up for roads and other basic network infrastructures is essential for disaster mitigation & management in the short-term. Currently the city have households living under high voltage transmissions lines, railway line reserves, pipeline reserves, quarries and landfills, riparian reserves and others adjacent to heavy industrial activities. To complicate the puzzle further, informal settlements are highly under-serviced with basic infrastructure networks and environmental pollution is taking its toll. Reading the “State of African Cities report 2010”, Nairobi slum residents face some of the worst living conditions compared to other informal settlements in the rest of continent; extreme high densities and high deficiency of basic infrastructure and amenities.

The recent and previous disasters being recorded in Nairobi slums have painfully been sending the clear message to the government, the city authorities, the civil society, the academia and all relevant stake holders that slum upgrading is a necessity and that slum urbanism is part of us. The government through its previous and current slum upgrading programmes as well as through devolved funds has channeled some revenue to slum upgrading projects. On other side, the civil society expenditure for slums programmes is much higher. Amid that, little impact to the livelihoods of the slum communities and generally the urban poor is evident and this necessitates the formulation of a pragmatic and coordinated comprehensive national and city slum upgrading framework where all stakeholders play their part, with no duplication of roles and with measurable indicators clearly defined. 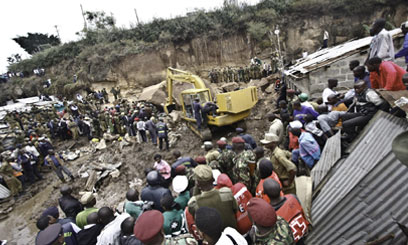 Mathare 4A, after the disaster, Source: https://sdinet.org/wp-content/uploads/2012/06/MATHARE-LANDSLIDE.jpg

An analysis of the urbanization trends in Nairobi and other Sub Saharan cities symbolize slums as a definitive character of our cities. The school of thought that slums as temporal and they will be phased out as cities evolve through the linear trajectory development process is validness in the wake of everyday slum urbanism that has defined urbanization in the global south. This dogma of urbanization calls for the need to address the planning needs of slums and informal settlements and making cities work for the urban poor entangled in these poverty traps. The disasters we have been experiencing recently in our slums and informal settlements could have been averted and easily managed, if the necessary urban planning strategies had been taken. Making Nairobi a city for all, will require more concerted efforts in making planning and urban development more responsive to slum urbanism.

The role of communities in formulating solutions that work for them is essential and currently the potential of engaging communities in informal settlements is higher with the emergence of strong community based organizations in the slums. One of these organizations is the Muungano wa wanajiji and other CBOs that have emerged due to the infiltration of micro finance institutions in the informal settlements. The potential of these CBOs in unlocking intricate slum upgrading complexities, as witnessed in previous projects, cannot be underestimated. Having worked in Mathare for some time, the community is much aware of the hazards they cohabit with and are willing to develop solutions, if the means is provided. Turning a blind eye and assuming that the urban poor are ignorant,  uninformed and not development conscious is the wrong assumption. What seems to be lacking is the right means towards achieving positive livelihoods transformations in the informal settlements.

“Faced with what is right, to leave it undone shows a lack of courage”
-Confucius-

On behalf of the Ghanian Federation of the Urban Poor and People's Dialogue on Human...