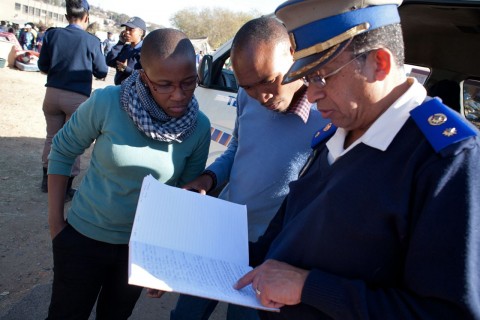 By Sandra van Rensburg (on behalf of CORC and ISN)

After more than four months of legal proceedings, the Constitutional Court delivered a ruling in favor of the displaced Marlboro families following evictions in Marlboro South, an industrial area in Sandton, Johannesburg. This ruling rendered the action of the City of Joburg as unlawful and the court called on the parties to “engage meaningfully to reach agreement on the supply of materials for building, the type of shelters allowed to be built and the final date for completion”, according to the Lawyers for Human Rights.

The following resolutions were delivered:

Louise du Plessis, attorney for LHR’s Land and Housing Unit, was cited in the Lawyers for Human Rights press release,

This is a significant settlement in getting the City to provide the building materials but the onus is now on the City to deliver on its responsibilities to the community and to engage with everyone involved. We are happy that our clients will be able to get their own shelter and hope that this is the last time that a municipality will use excuses like sinkholes, dilapidated buildings and bylaws to act unlawfully and evict occupiers without following due process 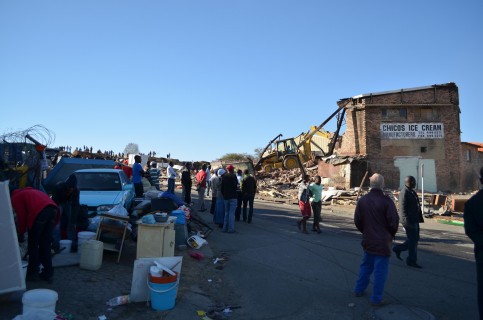 The Marlboro settlement, and more specifically the Warehouse Crises Committee, is a networked structure under the Informal Settlement Network. In September, the ISN organised a provincial wide solidarity march to raise the plight of the poor struggling against evictions and lack of meaningful engagement with the cities of Joburg, Ekurhuleni, Tswane, Mogale City, and Midvaal municipality. Subsequent meetings with the office of the Gauteng premier has been around the formation of memorandums of understanding between affected informal settlement communities and city governments, with clearly defined schedules of activities attached. While these informal settlements wait for government to get its house in order, communities have been implementing small scale improvement projects through the Community Upgrading Finance Facility.

In Johannesburg, Communities March Against Evictions

By Kwanele Sibanda, CORC South Africa  As had been agreed upon in last night's mass meeting, in Marlboro Industrial Area, Johannesburg, the Marlboro residents began to mobilize one another and...