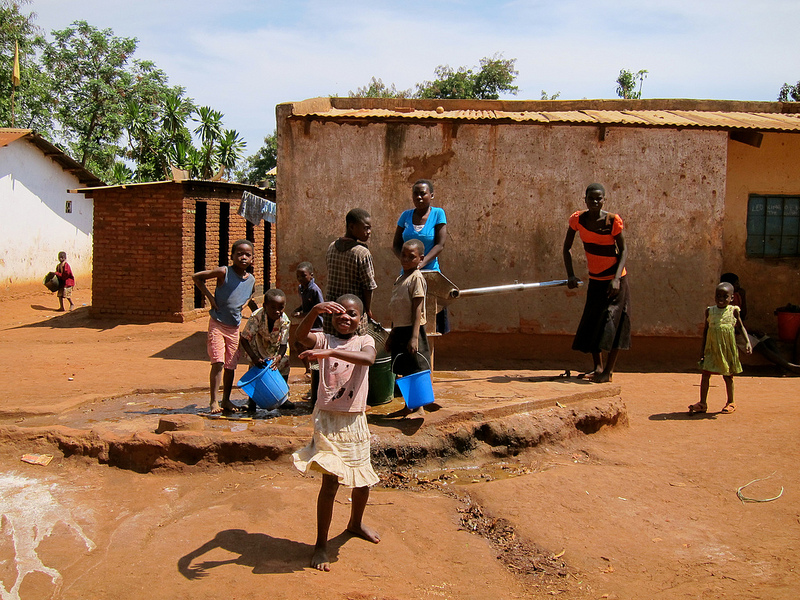 **Cross posted from a live chat on Guardian.co.uk**

Good afternoon everyone. My name is Ben Bradlow, and I’m working with Shack/Slum Dwellers International (SDI), a network of community-based organizations of the urban poor in 33 countries in Africa, Asia, and Latin America. One of the key aspects of our work is to develop mechanisms by which urban poor communities and networks can access finance, in order to put together projects that build more inclusive political processes in their cities and countries. A large aspect of this work was the subject of Katia Savchuk’s recent article on this site about SDI’s Urban Poor Fund International (UPFI): http://www.guardian.co.uk/global-development/poverty-matters/2012/oct/08/urban-poor-fund-communities-determine-future

A central pre-occupation for SDI as a network of grassroots urban social movements, is that the institutions of international development aid need to open up to the voice and agency of the poor. In providing resources to such a network, development aid institutions are acknowledging that the physical outcomes of development — eg. improved access to water and sanitation, housing, land, etc — are most sustainable when tied to improvements in the influence and inclusion of urban poor organizations in the governance of cities.

Look forward to participating in this chat.

A key question that we often ask ourselves is, “how do we understand the nature of impact and scale in our work?” The challenge, then, is to articulate political process of change. By “political,” I mean in terms of changing power relations, and not really in terms of formal political parties. A physical project is never just significant as a physical project. So much of development aid gets stuck in the weeds of single projects that can never be replicated. What we try to do is pursue projects that can attract other actors, especially in local governments, to think WITH communities about how to change the way that they work to include communities in how projects and programs get conceived, planned, financed, and implemented. By seeking to change these institutional relationships, a single project can achieve a city-wide impact, or greater. This process is very hard to see without an appreciation of the political change that is a precondition for success. Political changes can take a very long time, and through very indirect routes.

Part of the challenge is in what both funders and NGOs are hoping to achieve. So much of this sector is hoping to achieve improvements in physical outcomes of development (eg. taps, toilets, houses, etc), but, on their own, NGOs can never take this to scale. So funding in this sector barely makes a dent in our existing framework for thinking about development success.

Meanwhile, the big actors — such as the private and public sectors — reach — or have the potential to reach – much greater scale in their activities, and serve quite different social functions. NGOs cannot replace these sectors, but they can be agents for drastic changes in how they work. Hence, metrics for evaluating aid funding need to appreciate the processes behind physical outcomes, in addition to the physical outcomes themselves.

A related point is to appreciate the differences between funding professional NGOs and grassroots or community-based social movements. So much of development aid is supposed to support people in poor communities, but so rarely do these very people have a voice in how the money reaches them, even when funding goes to local NGOs, and what they can do with it.

Accountability has to be a principle that is internal as well as external. A practice common in the SDI network is to have Federations (the networks of primarily women-led savings groups that are the backbone of SDI) from one or two countries “review” the work of another Federation. For example, Federations from Kenya and South Africa have traveled to Uganda, and vice versa. In such visits, communities from different countries share and learn from each other, while evaluating each other in a spirit of horizontal, mutual accountability, as opposed to stratified vertical approaches that are endemic to the donor-recipient relationship.

Once this kind of horizontal accountability is established, it then becomes much easier to communicate the authentic organizational priorities for accountability that need to exist between recipients and donors.

This is definitely a big challenge, and speaks to the need to consider the ways in which NGO professionals work with grassroots movements. Generally the need for NGO professional work as you describe it, can crowd out the creativity and leadership of community-based actors. We need to be very clear that NGO professionals need to work in ways in that support the priorities of the grassroots, and not dictate to people in such communities. In a sense the question is not what are the “new models that work better,” but what are the new kinds of relationships that lead to a more empowering system for grassroots movements.

This means re-imagining professional work such that it is in this supportive mold that empowers the poor to speak and decide for themselves, and does not encourage professional intervention in the lives of the poor based on what we think we know is “best.” In this sense, the current dominant modes of NGO work with grassroots movements too often replicate the vertical nature of power between donors and NGOs.

Thanks all for a great discussion and thanks for including SDI as part of it.

*Desplácese hacia abajo para español* SDI is excited to announce that in 2018 we will...

Both India and South Africa are voting today in parliamentary elections. But change is not something that comes about every four or five years at the ballot box. The real...