Weaving Cities: Creating a National Voice of the Urban Poor in Bolivia 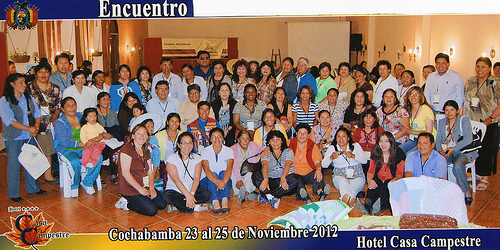 Planning for the National leaders meeting in November began in June 2012. This was a gradual outcome of several exchanges to and from Bolivia over the last three years by SDI. In June 2012 the Government of Bolivia came out with a regularization law, which created a lot of commotion amongst the informal communities. There were many rumors spreading and the leadership did not understand the implications of this new law for the land that they occupied. There are informal settlements on municipal lands, state lands, private lands and so on. Ownership for much of these occupied lands is unclear, creating numerous complications as the law has different implications for those residing on different types of lands.

For the Bolivian support NGO, Red de Accion Comunitaria (RAC), the first response was to strengthen and consolidate the slum enumeration process in District 8, a settlement in Cochabamba, which started long before the law was in sight. This settlement data proved to be mouth watering to both the national and local government who have no information at all. The local officials in District 8 are in dialogue with the community leaders who are mostly men. District 8 was one of the first settlements to respond, but similar concerns were raised by informal settlements in other cities.  This prompted the need to plan for the November meeting in Cochabamba where the leadership – both men and women – from the four cities would have the space to discuss the law and its implications for residents of informal settlements across Bolivia.

During the planning phase it was decided that the objective of the November meeting was 1) To understand the new regularization law and its implications for informal settlements with regard to issues of land ownership, and 2) To consolidate the voices of the leadership from the four cities to create a national federation of the urban poor.

Participants at the conference included about 150 community women from the 4 cities in Bolivia, 4 representatives from neighboring countries of Brazil, Ecuador and Columbia with three representatives from SDI including SDI Coordinators Celine d’Cruz (India) and Rose Molokoane (South Africa) and SDI Board member Sonia Fadrigo (Philippines). 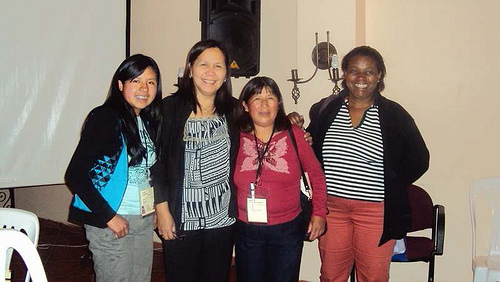 In addition to these participants, about 7 – 8 local government officials (men and women) and one representative from the National government (also a woman). This configuration ensured maximum participation from women during the course of the conference. It was amazing how well some of the women narrated their stories about issues around the regularization of their land, their collective savings, and how their experiences with banks and micro credit institutions captured the attention of the both the local and the national government officials present. This is something all the officials will take back home. For the community leaders it was the first time they had the chance to speak in public; this event was a good opportunity for them to understand their own capacities and skills.

This conference was the first time that the leaders from the four cities were meeting each other. In her introduction, Sonia Fadrigo said, “You are all women and are all saving. You are clearly on the right track.”

There are signs of a relationship being formed between communities, local governments and national government in all four cities. This needs to be pursued consistently and strategically.

The two women leaders from Brazil were very motivated after this meeting. For example, they asked Maria Eugenia Torrico of Bolivia if they could come for 15 days in January to spend time with the community leaders to learn and go back home and strengthen their own community savings.

Rose felt that SDI was doing so much good in all these places around the world especially with these very poor women from Bolivia.

The woman from Ecuador had a lot of experience with housing and had come to both share and learn. Their community-based organization is free to learn about the SDI rituals and replicate them in their context.

Adriana from Colombia plans to take some of the lessons and test them out in Colombia with the agency working on poverty issues. We also started a dialogue on possible ideas of strengthening a people’s process within a national government program.

The Peruvian women did not arrive as one of them was sick and so the other did not want to travel alone. This would be their first time out of their country without any NGO support and this may have caused its own set of dynamics within their community and with their men. Eli and Maria will follow up with them and understand better what transpired. It has been a struggle finding a support NGO in Peru.  It was decided that if the community leaders who are saving do not want to continue then we may want to stall Peru for awhile till we find an individual or an NGO willing to walk through this path. SDI needs to review this. 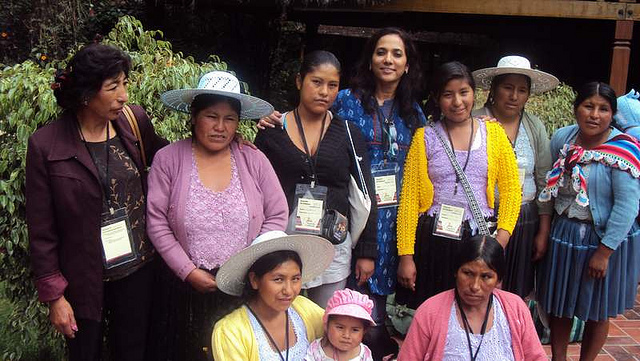 There were a number of key outcomes of the conference. There was an MOU signed between the Director of Housing from the national government and RAC. However, with no federation in place yet none of the community leaders could sign this MOU. Government, community leaders and RAC are learning to work with each other while building their separate capacities.

This meeting enabled both the local and national government representatives to better understand the community building process through community savings, slum enumerations and slum upgrading works. The Villa Vista upgrading was a good example to the all present.

As a result of the conference, RAC better understands the need for a national level leadership that they will work in tandem with. The idea emerged to create and build a collective leadership, which is more horizontal, and not just a couple of leaders who have power on the top. 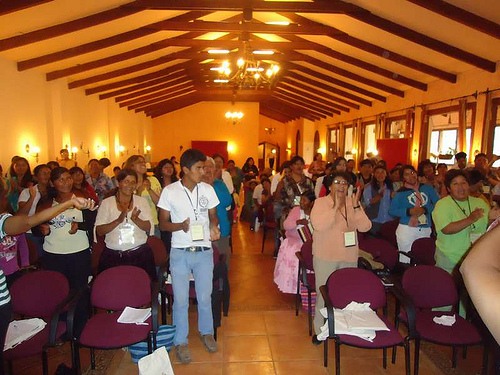 —
A brief outline of the conference events is included below:

Day 1: After the inaugural speeches the group divided into ten groups according to their land titles and discussed issues relevant to their land ownership. There was a very good reflection within the groups, which the leaders presented at the end of the day. A lot of very important issues came up and the local officials sitting with these teams had a chance to respond or advise the group on how to take this forward. Maria and her team worked to  consolidate some of the important lessons for each of the groups and what needs to be followed up.

Day 2: The morning was spent on presentations by the women to the National government representative on their savings, their experience with the local banks and with micro credit. The government is planning to have a new bank law encouraging micro credit. Listening to the stories of the women pressed panic buttons with the Director for Housing who said she would try to see what she could do about this. There was an MOU signed with the Director before she left. She has promised to work on a couple of pilots with RAC so that they can refine their learning together.

The afternoon session was on slum enumerations and the leaders broke up into groups and discussed the progress of the settlement profiles in their respective cities. Sonia and Celine wrapped up by presenting the SDI perspective on slum enumerations.

Day 3: Event planned at District 8 to inaugurate the slum enumeration process in one of the new settlements. Ended with a closing ceremony and street theatre.

Day 4: Morning, reflection with RAC and the core leadership on the event and the future steps to be taken. Afternoon spent time with the core leaders and the some of the District 8 leaders on explaining some core ideas and concepts of savings and enumerations.

In Francistown, Botswana the Federation has been working hard to establish a working relationship with...

City Finance That Works For and With The Poor

By Mara Forbes, Ariana MacPherson, and Noah Schermbrucker, SDI Secretariat Flows of finance and the systems that perpetuate resource distribution are inherently weighted against inclusion of the poor. The inequality...

By By Hellen Nyamweru, AcTogether Uganda The National Slum Dwellers Federation fraternity was well represented at the recently concluded Commonwealth Local Government Conference held at Munyonyo Kampala from the 14th to...