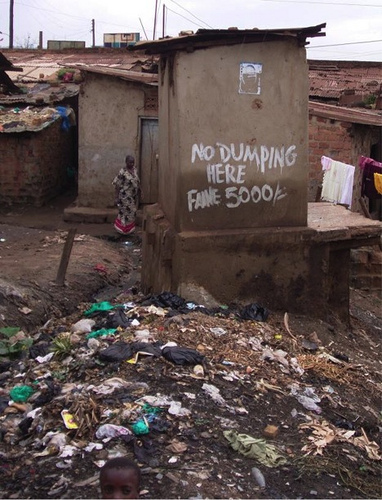 **Cross posted from the ACTogether Blog**

Kalimali zone, where the federation’s sanitation unit is located, is one of the five zones in Bwaise III parish in Kawempe municipality.  The zone is home to approximately 277 residents and it covers approximately 4 acres of land which is owned by the kabaka.

Through their weekly meetings the savings group discussed the management of the project, where to store the tools, who the various members of the PMC are and voted a chairperson of the PMC Ms. Nankinga.

One of the group members offered a piece of her land to the group to establish the community toilet facility. An agreement was made between the land owner and the NSDFU to enable planning and give the community ownership of the facility.

The community looked at the architectural plans for the sanitation unit building and discussed it in detail together with the ACTogether engineer, Mr. Waiswa Kakaire. Specifically keen on the issue of water (one of the biggest challenges in Bwaise), the design was appreciated because of the provision of a water tank at the top. It was, however, suggested that a care takers room be included in the design. 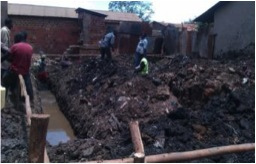 In the wake of dawn at 7am on Thursday, the federation leaders in Kawempe, the LC1 chairman for Kalimali zone Mr. Musisi, community members form Kalimali saving scheme, officers from ACTogther and SDI and Diana Mitlin of IIED stormed the town clerk’s office in Kawempe municipality with building plans in hand to be submitted for approval. Sure enough the town clerk was filled with awe at the seriousness of the community about changing the sanitation situation in their community. The technical team, composed of the health officer and the municipal engineer, joined the town clerk and a meeting commenced.

The federation presented the project to the team and explained why this is very important to them according to their findings from the enumerations they had conducted in the settlement. The technical team, impressed by the presentations, appreciated the plans and pledged full support to the initiative. The town clerk assured the community that technical support will be availed free of charge to support the project

It’s time to build! On the 8th of March 2013, the community in Kalimali was all set to commence construction works on their Sanitation Unit. It is safe to say that Women’s Day was celebrated as the day construction work commenced. With the Project Management Committee (PMC) already in place, a meeting was held to assign the roles to the different members: clearing the heap of garbage off the site, demolishing the existing structure of the old pit latrine and members of the procurement committee set off to purchase materials needed. 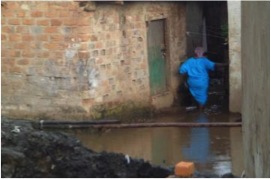 Construction work begins! More than 10 women and men from the Kalimali savings group turned up to start digging the foundation and moving materials to the site. Despite rainy conditions and slippery grounds, the community worked to ensure that the ground level was set, the bricks were laid and materials were on site. Bwaise being the “floods hub,” the foundation had to be extra strong with lots of marrum, hard core and iron bars to ensure stability of the sanitation block.

More to come as the project continues!