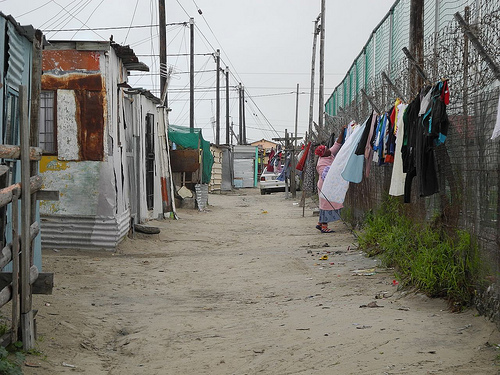 When the question of collaboratively testing new techniques in profiling informal settlements was raised, Cape Town was proposed as the gathering place for federations from Kenya, Uganda, Malawi, Zimbabwe, India, Namibia, and South Africa. Community leaders and NGO representatives from these countries have in common the quest for improving data capture processes. The agenda has a global imperative: first, to analyse the 7,000 profiles federations have captured over two decades in more than 15 countries, and second, to look forward at improved processes for citywide settlement profiling.

Delegations gathered for an intense 10 day programme, which started on the 3rd of June 2013. Old friends reunited, and new contacts were made. This project is a collaboration between SDI and the Santa Fe Institute (SFI), which is supported by an 18-month, $1 million grant from the Bill & Melinda Gates Foundation. It is anticipated that this project could yield a “science of slums” if SDI’s data and SFI’s methodology are successfully paired.

SFI’s special research focus on Cities, Scaling, and Sustainability, which is the key department working with SDI, has a “… particularly important focus [of this research area] is to develop theoretical insights about cities that can inform quantitative analyses of their long-term sustainability in terms of the interplay between innovation, resource appropriation, and consumption and the make up of their social and economic activity”. SFI Professor Luis Bettencourt, who is the SFI project leader, remarked on evolving partnership with SDI in an interview with Txchnologist. “We want to find ways to make the greatest use of the data SDI collects,” Bettencourt says. “In this way, the project will help create standards through which informal communities can collect and use data about themselves and develop economic models to sustain these efforts.“

The project has been a work in progress since January 2013, when key representatives from India, Uganda, South Africa and Kenya visited the SFI group in the USA to discuss the make-up of the project. Sheela Patel, Director of the Indian NGO SPARC and Chair of the SDI Board, reflected on the evolving partnership with SFI in a SDI blog article. “As part of its ongoing quest to bridge informal urban settlements into city planning, an important first step has been to get communities of the urban poor living in informal settlements to believe that aggregating information about their settlement and households is a valuable tool towards improving their lives.”

After the 7,000 slum profiles were collected and analysed, Federations came together again in Kenya in April 2013. Read the article on the workshop here.

The workshop started with a meet and greet, and presentations and informal conversations on the vastly diverse experiences of profiling informal settlements followed. Luis Bettencourt from SFI presented on the work of the institute, bringing into focus the dynamics of city growth by drawing on recent research SFI has conducted through GIS modelling. This was also a touch point for how SDI data could help federations understand cities better. Federations shared different experiences of profiling informal settlements. At the grassroots level, the data helps communities understand their settlements better and build relationships with government. Even though this is a practice commonly shared, SDI affiliates have, over the years, developed different mechanisms and processes for collecting information. The challenge and advocacy agenda of SDI saw it crucially important to start a horizontal conversation on how to integrate all the different data sets.

Sheila, a community leader from the Zimbabwe Homeless People’s Federation, said that the federation has been profiling informal settlements since the early 2000s. Initially they had challenges to store and analyse the data, and this also delayed the feedback to communities. The Federation decided that involving members from the local savings schemes was the most efficient way to move forward. In this way, they were much more involved, and they were also the first to pick up on errors. There were accounts of political interference, because the politicians were still denying the natural urbanisation. We have now come to a point where we can compare and integrate information to find workable solutions to upgrading. The issue of data management seemed to be familiar in the Ugandan experience. The National Slum Dwellers Federation of Uganda is presently comprised of 355 savings groups operating in six cities: Kampala, Arua, Jinja, Kabale, Mbale, and Mbarara. Katana Goretti elaborated that the question of local language difference was a further motivator to involve local people. For instance, people would lie about how many children they had because they thought there would be a kickback for their families. This is resolved in the verification process, “We had to update the database in response to increased evictions, since the data the government cites in justification of their actions are out of date. The large database helps us assist one another in times when other settlements are facing evictions.”

The cultural and experiential exchanges were important to align the various experiences. But the main focus was on learning by doing, and the Informal Settlement Network (ISN), a South African social movement linked to the Federation of the Urban Poor (FEDUP), the South African SDI affiliate, suggested that UT Section was perfect location. 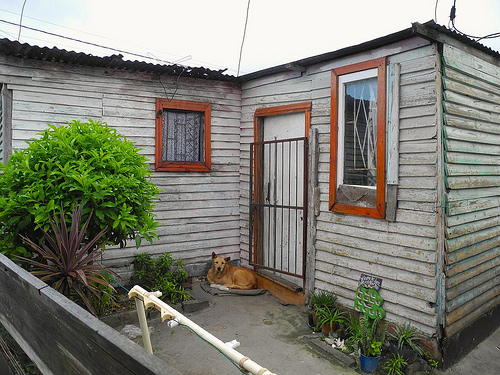 UT Section is a dense informal settlement in Khayelitsha, Cape Town, located south of iKhusi Primary School. Founded in 1985 when people moved from other neighborhoods such as Crossroads to make a new home, UT section has seen incremental development throughout the years. At first service levels were very low, and the City government handed out buckets since toilets could not be installed. Years later, the settlement received grid electricity. Listen to Snax talk us through his settlement.

The delegations from Kenya, Uganda, Malawi, Zimbabwe, India, Namibia, and South Africa and SFI team had several meetings in UT Section between 4 – 8 June. The new profiling questionnaire was discussed and tested with various technologies, such as an Android phone application coded with the questions, GPS coordinates, and pictures pinned to certain points of interests, such as waste removal skips. Community also experimented with identifying shack usage and mapping out shack numbers by means of large printed satellite photos. 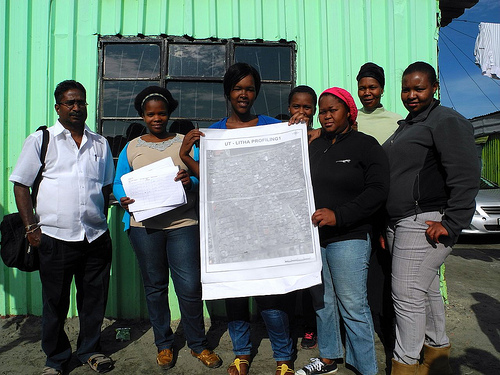 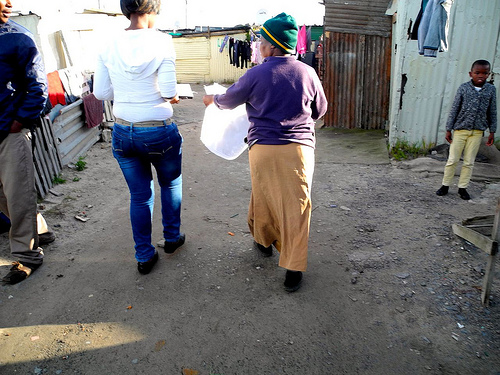 Structure use identification through community mapping. 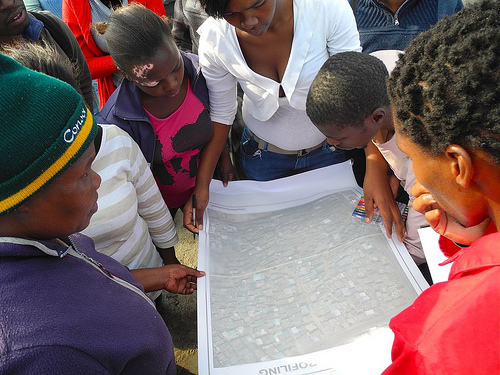 On Saturday the 8th of June, the full settlement enumeration of UT Section was launched with a kick-off party. Government officials from the City of Cape Town’s informal settlement management department and principle field officers (PFO) were invited to the celebration. At the launch, PFO Natalie Samuels remarked: 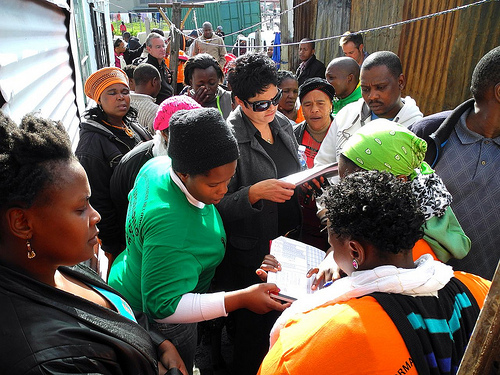 The on-the-ground learning environment has been a major success. Groups have developed new skills and technologies for profiling and spatially understanding their settlements. The open and transparent learning environment will go a long way in building local capacity to generate better quality spatial and socio-economic enumeration data.

Stories from the ground: Know Your City settl ...

In July 2017 during the Asia Hub meeting, members made a renewed commitment to explore...