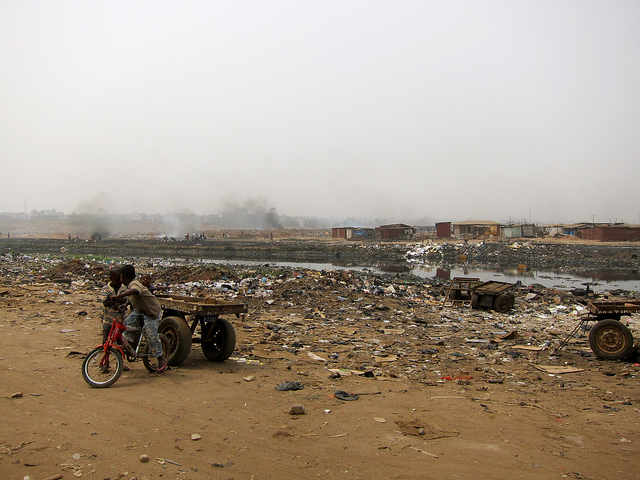 Global discussions and serious reflections on development goal setting post-2015 have begun.  To some degree the Millennium Development Goals (MDGs) have been able to inject socially responsible goal setting into national budgeting processes. They have also served as a strong rhetorical tool for justifying the allocation and transparency of resources for ends that improve human needs. Notwithstanding these tangential impacts, they have not been able to affect the institutions that make these decisions in the first place.

Against this backdrop, SDI affiliates have identified clear and strong commitments to address urban poverty that they would like to see as part of the next MDGs:

From Theory to Action

The post-2015 goals must be rooted in a sober acknowledgement of social and economic trends, in particular the rapid urbanization of countries in the developing world. The experience of networks like SDI and other groupings of grassroots communities that interact with governmental institutions points to one key lesson: The increasing voice of the poor in decisions around finance, design, and project implementation are essential institutional innovations for almost all the issues with which the current set of MDGs have been concerned.

We would like to see the post-2015 development framework highlight the material inequities that face the poor with respect to the range of basic human needs. This needs to be situated in a broader framework that challenges governments to make the space for the influential inclusion of the poor. This cannot just be rhetorical. For example, with respect to urbanization, by prioritizing discussions around access to land in cities, slum dwellers will necessarily dialogue with the key actors in the politics of urban development. Land, which is not mentioned in the current MDG framework, needs to be central to the post-2015 approach if we are to begin to adequately address fundamental factors and impacts of rapid urbanization.

The current message of “poverty eradication” implies that governments just need to allocate more resources to addressing poverty and “perform better.” But the need for inclusion of the poor in decision-making processes is integral to lasting efforts to address inequalities, marginalization and social exclusion. One particularly fruitful approach has been the establishment of citywide funds for informal settlement upgrading that are managed jointly between local government authorities and citywide networks of community organizations in informal settlements in countries such as Thailand, Cambodia, Uganda, and South Africa. These have increased the influence of the shack-dwelling poor in ways that address not just MDGs related to improvement of life in slums, but also access to water, sanitation, and gender equality.

Giving Meaning to “Participation” and “Inclusion”

Frequent calls for greater “participation” are generally watered down to mean either a) consultation with ordinary people and communities on projects and programs that have already been conceived by large actors in government and the private sector, or b) the ability of communities to hold such actors accountable for promises after they have been made.

The next global development framework must be clear about what we actually mean by “inclusion” and “participation,”. Investing in community organization capacity and partnerships between communities and local government can be an effective means of achieving inclusive governance capacity.

The key is not to dictate specific policies and interventions for every country. Rather, the key is to articulate specific principles of institutional inclusion, as well as specific material outcomes. SDI’s experience is that when a framework of partnership between state institutions and community organizations is a pre-requisite for delivery, then it is much easier to develop mechanisms for delivery that are sustainable over the long term. These may play out differently across countries, especially in terms of the specific institutional designs that emerge from such a framework. However, the basic principles of inclusion and investment in community processes can be universalized.

The first problem is that the urban poor generally lack security of tenure, and are pushed into marginal areas of cities. They are therefore subject to the crises of eviction, flooding, and fire. The new framework should make it clear that in order to lessen the human impact of large natural incidents, governments need to make well-located land available to the poor.

A global compact for inclusive urban growth — the Urban Poor Development Goals — is needed to achieve development and reduce vulnerability. There are four elements:

Global development forums tend to have a “same-y” feel to them, because they involve similar actors making similar discussion points. The number one priority for all public forums aimed at building consensus around a new framework should be to put the voices of the poor center stage. A global compact will be strengthened through the empowerment of these voices, so that development does not remain something done by the rich for the poor, but to affirm both the voices and needs of the poor.

SDI at COP27: Amplifying Voices of the Urban ...

By Ariana Karamallis, Programme Coordinator for Advocacy and Resilience at the SDI Secretariat From 6...

The Post MDG Debate: "For the Poor," but no Voice of the Poor

An influential debate is playing out in the proverbial halls of global development decision-making far from the informal settlements in African cities. The basic targets that will drive government decisions around spending and...

From the Bottom Up: Connecting SDI to Global ...