Know Your City: Reflections from the Kampala Learning Centre 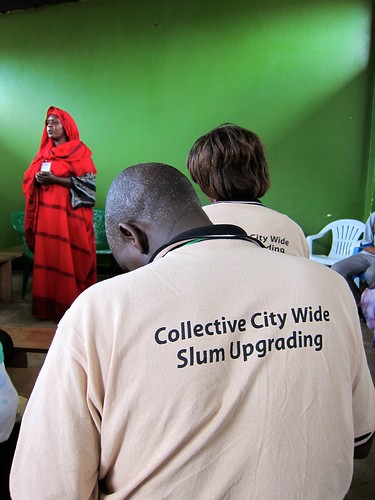 Last year as part of an external review of SDI, the staff of ACTogether Uganda and members of the National Slum Dwellers Federation of Uganda (NSDFU) were asked to consider a continuum from 1 to 10, on which being a “model builder or catalyst” was at one end and being an “operator for citywide upgrading” was at the other. The point was not that one was better or for us to move from one (model builder) to the other (implementer), but to understand the ultimate aim of our work so we can find the most strategic ways to get there. The discussion that followed was revealing. It was clear there were mixed feelings in the community and even the NGO staff when it came to situating our present work and future goals on this continuum.

After challenging themselves to resist proprietary claims to projects, approaches, and information, the local team concluded that in order to achieve scale the primary goal is to set precedents and catalyze more inclusive urban development. To do this, the Uganda federation and support NGO, will need to capitalize on their comparative advantage as a mass movement of slum dwellers and partner and push others toward pro-poor development – not seek to implement all the projects itself.

Personally, I was satisfied by the conclusion of the team as I had been nervous for some time that as we move to a city-wide slum upgrading agenda – increasingly defined and measured by projects – we risk losing focus on the community organizing that has distinguished SDI from so many other urban development actors. This year I feel assured this is the right approach in the Uganda context. Some recent developments have given concrete indications that the so-called “soft” investments of SDI are beginning to have a “hard” impact on city planning in Uganda, while staying true to the priorities, principles, and strengths of the slum dweller federation.

At the end of last year ACTogether and the NSDFU began profiling and mapping slums in Kampala.  We identified 62 slum settlements and conducted profiling in each and every one in order to gather data on land tenure, services, housing, and livelihoods etc. The verification process will be complete in March 2014 and the final report will be produced in April.  This is the first time city-wide slum profiling has been conducted in Kampala and the opportunity for ACTogether and the federation to engage in the formulation and implementation of city plans is significant.

As part of an effort by the city to improve sanitation access for the urban poor, the Kampala Capital City Authority (KCCA) and National Water and Sewerage Corporation (NWSC) recruited Fichtner Water and Transportation GMbH consultants to conduct a feasibility study on 20 urban poor parishes in Kampala. Thanks to lobbying and advocacy in 2013, ACTogether and the National Slum Dwellers Federation of Uganda were invited to sit on the steering committee for the project – the only NGO/community representatives to do so. The international consultants were concerned by the lack of current information on slums. Official population data is 12 years old, gathered during the 2002 census, and it became clear to them that this had resulted in a serious underestimation of the present scale of slum coverage and a failure to understand the population shifts that have taken place as a result of eviction or displacement.

When ACTogether and the NSDFU presented their information from the city-wide profiling, the consultants immediately recognized its value. It was the first time the information gathered by Ugandan slum dwellers had been appreciated on such a highly technical and immediately practical level. The consultants requested we share our slums map so they could overlay it with maps from KCCA and NWSC in order to generate agreement on the extent of slum settlement and prioritize the areas of operation for the project. It was clear this was a concrete opportunity for the information the federation had gathered to influence planning for the whole city and target planned improvements to service delivery to the most vulnerable.

In Map 1, below, you can see the map produced by KCCA in 2010, showing 31 slums (in yellow). This is the most recent map available from the city authority. Map 2 was produced by ACTogether and NSDFU and shows the 62 slums (in orange) mapped in 2014. 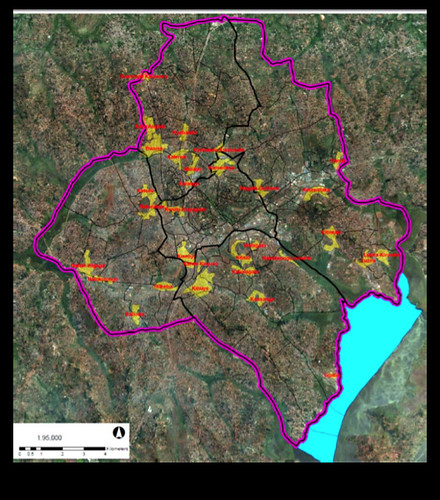 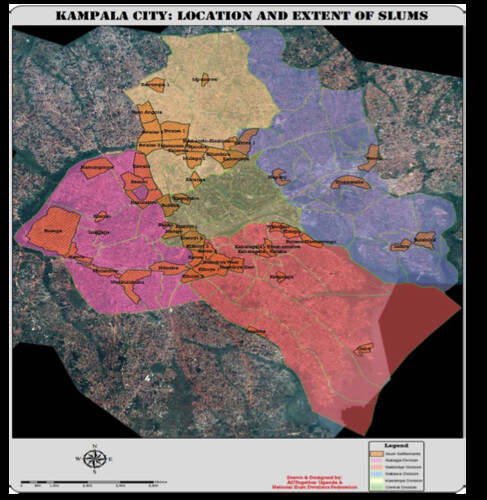 The consultants used these two maps and another from National Water’s Urban Poor Unit to produce the following map (Map 3) to propose a consensus on slum coverage. The green areas are only confirmed by one source (mostly ACTogether/NSDFU) as part of the recent profiling work – highlighting what we believe to be a critical lack of recognition for the scope of slum coverage in the city. 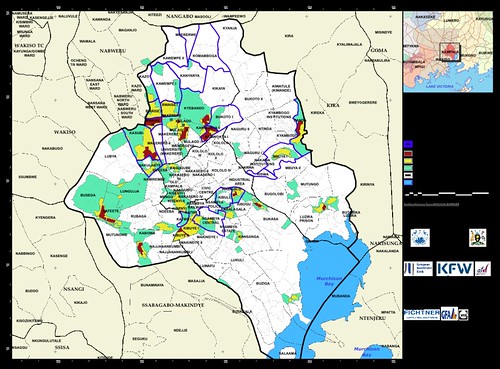 As a result of this information, priority areas for the project were altered to reflect on the ground realities  – a big achievement for the federation. The consultants were able to advise government that the scope needed to be expanded to 40 parishes and that administrative boundaries were not sufficient to identify slums, as some parishes are comprised of informal and formal settlement. The development of the feasibility study rests on conceptual guidelines including: “placing the communities at the center of the decision framework with a view to improve the quality and sustainability of services and reduce costs.” ACTogether and the NSDFU have demonstrated their relevance to this process and eagerly anticipate slum dwellers being part of the decision framework in a way that is unprecedented in Uganda.

Last month ACTogether and the National Slum Dwellers Federation of Uganda were contacted by KCCA’s Strategic Planning Department requesting us to support them to gather the most recent information on slums to assist with the formulation of the Kampala Five Year City Strategic Plan, which will include a slum redevelopment component. This month we will present to the Management Committee of KCCA and present a draft MOU for partnership that will enable us to leverage our data to achieve significantly more substantial partnership between slum dwellers and the city – especially as the city embarks upon the precinct physical development planning process for implementation of the Master Plan (2012).

Here in the Uganda learning center it is clear that Knowing Your City is the critical fist step in planning for your city. The comparative advantages of slum dweller communities to Know Their City is obvious and gaining recognition from an increasing number of state and non-state actors at a very practical level. In Uganda the federation and ACTogether are increasingly finding a balance between technical and community knowledge, recognizing that both are necessary and the challenge is to find creative combinations of community and expert knowledge and practice. As the federation and government learn from each other and adapt their strategies accordingly we truly see a movement toward collaborative planning. As Watson (2014) suggests, this kind of partnership goes beyond merely the debates required to shape plans, and extends community participation into the realm of delivery, implementation and management.