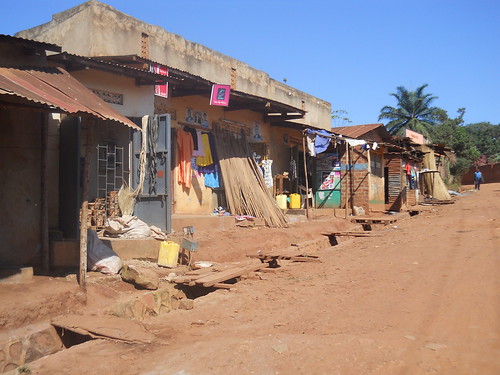 Age of Zinc is proud to present the eighth instalment in a new memoir from the slums of Kampala, Uganda. Check back every week to catch the next part of the story!

I’ve lived in Kamwoyka since 1992. I left school in 1994, I was home from 1995 to 1996 and that is when I met my husband. He was the one supporting me for two years paying my school fees after I stopped working. He supported me. He would give me some money and my mother and father would also give me some money. He told me he would support me, but I told him I was not yet ready for men. So he agreed and gave me space for three years. He still supported me without making me be with him everyday.

After three years, I agreed to be with him. I took him to my father and my father agreed, so we then stayed together. Within no time I was pregnant! We had our first child in 1996. We then had a second and then a third. During those years having young children was very difficult. At that time, I was with FIDA and since it was voluntary work I could do it in my free time with my child. I would move around with the first born during that time.

1997 to 1998 was not a good time for me. I had many challenges in marriage and had lost my thinking. I could not even work. Then in 1999 my mother said to me “No! You have worked for so long, even when you had no responsibility you were working. Now how can you sit at home and suffer when you still have your hands? Come back to the market and start working!” So I went back to the market and I started selling sweet potatoes. They would give me a loan of one sack and I would sell it for two days. I would pay them back and they would give me another one. That business also grew.

After having three children and getting some money I decided to start a shop. I had a shop so I could stay near the children but also have a business. I started operating a shop of my own and I worked in that shop for a period of six years everyday by myself. When operating a shop you are working 24 hours. You have to wake up and open early, around 5am and you don’t close until around midnight. You cannot leave your shop to go for other things. There are always customers, especially when the shop is located in the settlement. I got the loan for the shop through Microfinance Uganda. The loan was for 6 months. I would pay it back and take another. I took 3 loans for the capital for the shop, so for a total of one and a half years. Those loans helped me a lot.