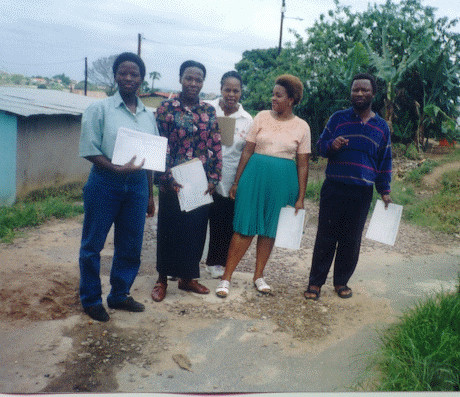 Patrick got up to go to the toilet. He turned to me and said, “uMfuwethu, now it is time for the NGOs to do some work. Take what we have spoken about and what we have decided to do and turn it into a programme of action for uMefelandawonye.”

The ‘rule of three’ is a principle that suggests that things that come in threes are inherently more complete or satisfying. Like Julius Casear’s phrase, Veni, Vedi, Vici, or Lionel Richie crooning “you’re once, twice, three times a lady and I, I, I, love you. And also Patrick Magebhula, where he says about the land situation in South Africa, “They took this beautiful, radiant, blooming hope of the people and they began to define it for us. Because dreams are messy, inaccurate things. And they turned our dreams into their plans and their programmes. Now our hope has disappeared. It has shriveled and died, while they mock us by showing us their disciplined white papers and green papers and structure plans and land restitution policies and they say ‘Your hopes are not dead. Look, here they are. We have taken them and made them ordered, disciplined, programmed.’

I had three opportunities to reflect on land recently.

In the first instance, Muungano issued an internal report on the citywide slum profiling exercise for Nairobi, carried out last November.  The report says that 2.1 million (63%) of the city’s 3.4 million people live in slums. To arrive at this figure the slum profiling team put a chalk mark on all the 429,363 slum shack doors that they encountered in the 156 slums they profiled.

This figure though is not new or contested, nor does it elicit outrage – not anymore unfortunately. By tracing the boundary of every settlement the survey also established that slums occupy 2,699 acres (2%) of the Nairobi’s 169,020 acres. This is down from the 5% of land occupied by slums in 1995 – a fact that was so unacceptable then, that it formed the ideological basis for the formation of Muungano.

Flying to Kaula Lumpar, where I would have a second encounter with land, I had opportunity to reflect on the profile report. Approximately twice the number of people, occupying half the land they had 20 years ago. Three things are happening: The poor are losing ground in the city, and not gradually. The report shows that 263,893 families occupying 1777 acres currently have an eviction threat.

Second, the slums are becoming denser  – in some slums two storied shacks outnumber the traditional one level tin-sheet hovel; and third, another layer of disfranchised claimants to the city is being created – the profiling shows that the incidence of dual household subletting arrangements in a single shack, is no longer an oddity.

How to fit 160 slum households or 700 people in every available acre? (A density only achieved in the tenements of New York’s lower East Side tenements two centuries ago).  And is that the right question to be asking? Or is there another way. Is the upgrading of existing slums enough? Or do the figures point to the need for a change in mission so access to more land for the poor in our cities becomes a key goal?

The International Federation of Surveyors, FIG, held its 25th annual congress in Kaula Lumpar, Malaysia late in June. With almost global coverage, the national chapters of surveyor associations and the chief executives or surveyor generals of land authorities in each member state were in attendance.

To understand the congress, consider that land surveying, like carpentry and plumbing, is one of the world’s oldest professions. It has been around since ancient man and played a major part in all-major civilizations. And unlike the “lesser trades”, surveying has been a key tool of empire building. The concept of tax as we know it today is rooted in the ability to measure and register land. Therefore the nexus of power and land, and by extension land surveying is a very strong one.

A consistent message in the conference was that only 20% o 30% of the inhabited land in the Africa is surveyed, and it will take 600 years to survey the remainder, if the basis for land registration remains conventional survey.

And hence a debate running through many sessions and conversations at congress was the acceptability of general land boundaries as a way to speed up the processes of surveying and registering land. Conventional surveying is about setting fixed boundaries, where the error margin expected on a land boundary is less than10 centimeters. The accuracy is far less when establishing general boundaries.

However conventional surveying is limited in several ways: Cost – a huge cost for governments and near impossibly expensive for people in areas where governments have not invested in the administrative processes that underlay a land survey, such as land demarcation, adjudication and registration. Capacity  – the average age across the world at which someone becomes a registered surveyor is 57 years.  Which means that in many south hemisphere countries there will be one surveyor for every half a million people.

Without the presence of a small, but influential number of surveyors making the case for greater reliance on general boundaries it may have been an act of desecration to walk into this conservative conclave, while recycling jeans worn to map slums in Freetown (where I was before going to Kaula Lumpar), and suggest that there is another way to map land that involves slum dwellers doing the surveying themselves. 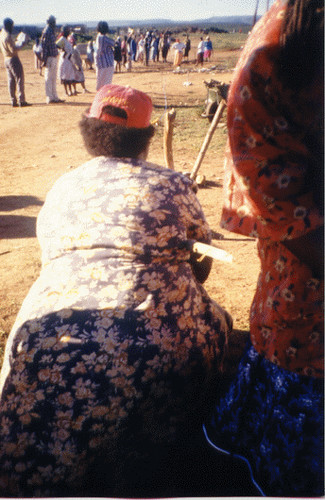 My reflections on the congress, is that planners and city managers are more likely to appreciate data from profiling and enumerations. Surveyors or cartographers do not. Amongst them there may be a bit of a feeling that the profession may be damaged by reduced standards applied by para-professionals. More likely, the surveyor’s will feel that the general boundaries produced do not meet the accuracy threshold required to be part of a national land information system. And probably more important, your country’s surveyor general has made or is looking to make large investments in technology in order to meet demands for more surveyed and registered land.

The point being that the relationship between a federation and the land authority cannot afford to be taken for granted. The fact of having produced the boundaries of slums or even mapped households will not be as readily acceptable to land officers as it may to many other authorities. Therefore, it is critical to understand and use current arguments about land when engaging land authorities. A particularly articulate argument is made by the University of Twente: http://www.fig.net/pub/figpub/pub60/Figpub60.pdf.

The orthodoxy of the surveyor general’s function could not have been in better display than the week after the FIG Congress. The African Regional Centre of Mapping of Recourses for Development, RCMRD, held a 10-day learning event in Nairobi for sixteen of its member states. The event was titled, “Innovative Concepts, Tools, and Practices in Land Administration.  I was invited to present on Participatory Enumerations to the body of largely land ministry officials.

It may be not obvious, and was not obvious for me until this event, that the land sector has three large sectors competing alongside the need to regularize land occupied by slums. A rural clientele that are formalizing and sub-dividing land to share out between the kids; an urban market driven by developers making a killing on middle class apartments; and the need for governments to find land for expansion of infrastructure based on available donor aid, where China has upped the game in Africa.

Using citywide profiling undertaken by federations in the last one year to produce land analysis at the city scale may provide opportunities to for a deep meaningful conversation beyond three immediate priorities of the surveyor general. Yet, I must admit that my reflection of the last workshop, and what I believe Patrick may have taught us, is that we will be measured not by changes in policy, structure plans or project blue prints, but by the testimony of slum dwellers who have acquired secure tenure.

I would have proposed that an indicator of the number of families whose tenure converts, annually, from informal to formal is named the Patrick H. Magebhula Measure. I fear though that this would both inspire but also create a project-like accountability pressure. Somehow Patrick inspired, but because he did not ask after, allowed you to account to yourself on the success or failure of your interventions thereafter. Perhaps a better indicator then, to name in Patrick’s memory, within SDI and hopefully across the urban spectrum, is the amount of land gained for slum dwellers beyond what they already occupy – 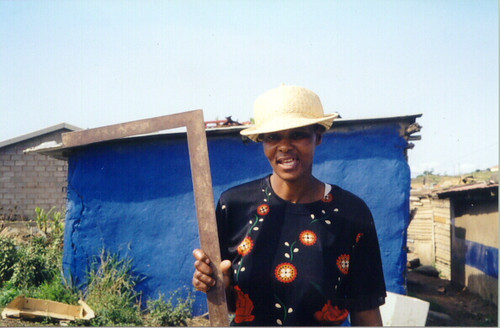