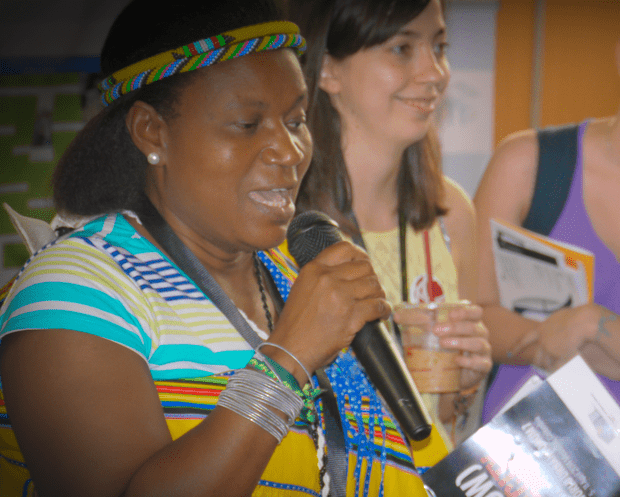 SDI and the South African SDI Alliance were informed last week that Rose Molokoane, national coordinator of the South African Federation of the Urban Poor (FEDUP) and Deputy President of SDI, has been appointed to the Council of the South African Social Housing Regulatory Authority (SHRA) by Minister of Human Settlements Lindiwe Sisulu. The mission and vision of the SHRA is to regulate and invest in the development of affordable rental homes in integrated urban environments through sustainable institutions.

SDI is hopeful that Rose’s appointment to the SHRA board is a signal that this important body will begin to scale up social housing in South Africa.

A veteran of the anti-apartheid struggle, she is one of the most internationally recognized grassroots activists involved in land tenure and housing issues. FEDUP has helped more than 150,000 squatters, the vast majority of whom are women, to pool their savings. This has won them sufficient standing to negotiate with government for a progressive housing policy that has already produced 15,000 new homes and secured more than 1,000 hectares of government land for development.

Molokoane has initiated federations of savings schemes throughout Africa, Asia, and Latin America. She was awarded the UN-Habitat Scroll of Honor in 2005 for her struggle to bring land and homes to the poor.

Dear colleagues and friends, In the midst of the daily demands and challenges of our...

Breakthrough and Struggle: Land, Housing and ...

By Dolly Cedras (on behalf of FEDUP)* When you look down the hill, there’s a...