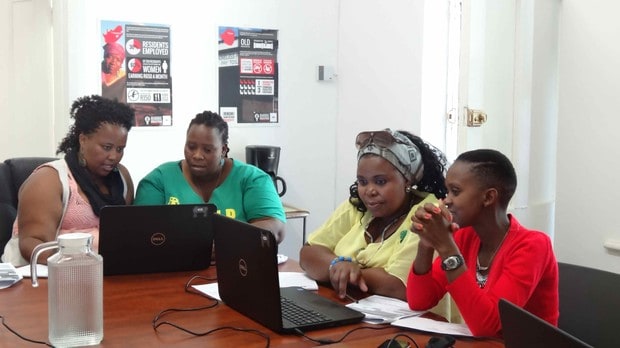 This team have not only assisted in co-designing and beta testing of some of the key features of the newly designed data-capturing platform in order to ensure that it is SDI federation friendly, but have also captured all the historic data and supported some other federations in capturing and verifying some of their newer (especially mapping) data.

During the demonstration, six longstanding federation members were taken through the steps of capturing data on the Informal Settlement Profile and Boundary Mapping forms by their younger colleagues. 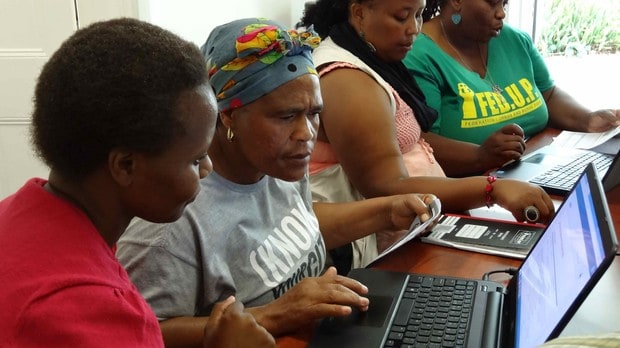 One finger at a time, the mamas each captured a profile and saw their data become available – as well as the 1,198 profiles and 190 boundary maps available for South Africa.

In total this team has captured or supported the capturing of roughly 7,000 profiles (historic and standardised) and over 800 boundary maps from across the globe!

This project would not have been possible without their valuable support! 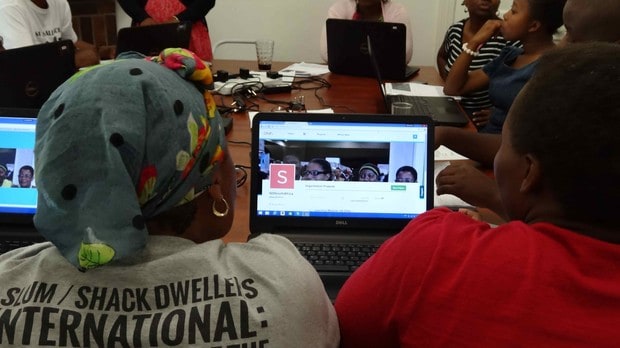 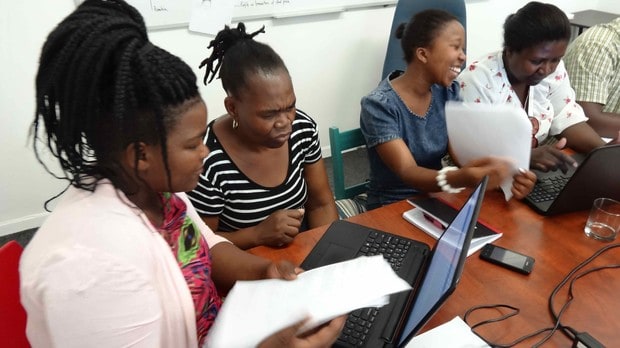