Putting Community Data to Use in Three Kenyan Cities 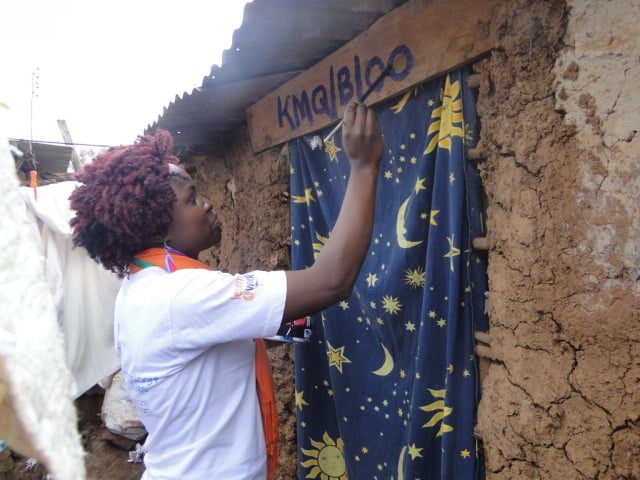 UN Habitat’s Global Land Tools Network (GLTN) Urban Cluster Work Plan Project was conceptualised and developed by GLTN’s urban civil society partners at the Partners Meeting held at the Hague in November 2013.  The project was facilitated by the secretariat of GLTN, and coordinated by Shack / Slum Dwellers International, serving as the urban CSO cluster lead organisation.

The project was focused on promoting capacity development, awareness raising and alliance building within the Urban civil society cluster and among other clusters to contribute to the GLTN vision of a pro-poor, gender-responsive land interventions, with particular emphasis on increasing grassroots women’s land tenure security at country level.

The Urban Cluster Work Plan laid emphasis on collaboration and partnership between both GLTN partners in the urban cluster and across clusters. The intended outcomes of this were: joint advocacy positions on land tenure security within the global processes of developing post-MDG goals  – the Sustainable Development Goals, as well as participation in Habitat III; and improved land tenure security for poor communities working with the GLTN partners.

The Asian  component was led by SDI’s India affiliate organisation, SPARC.  In Africa regional activities were implemented by two partners: the African Association of Planning Schools, which is part of the Academic Institutions Cluster of GLTN; and SDI’s Nigeria affiliate Justice and Empowerment Initiatives (JEI).

This post will focus on the the collaboration between the African Association of Planning Schools and the SDI affiliate in Kenya to undertake analysis of data, packaging and engagement with city authorities around the use of data in three Kenyan cities. The Centre for Urban Research and Innovation (based within the Nairobi University’s Department for Urban and Rural Planning) acted as the implementing agency.

As a partner of GLTN, SDI’s Kenyan affiliate has practiced community enumeration as a tool to improve tenure security over the last 15 years. The key thrust of this work was to demonstrate the ways in which community data can be used to promote increased tenure security.

This partnership allowed for the realisation of the continuum from data collection to planning. It deepened how STDM and community enumerations may be used as a tool in improving land tenure security.

The intervention consisted of three sub-activities:

Policy Brief on Alternatives to Forced Eviction in Thika Town

The implementation of the urban work plan in Thika town produced a policy brief on alternatives to forced eviction.

The paper developed argues for land sharing as an alternative to eviction of informal settlement dwellers occupying public land. The paper was prepared through discussions among slum dwellers, the County Government of Kiambu, who is the land owner, and the land tenure researchers offering an advisory role.

Community enumeration and mapping data formed part of the basis of these discussions. This provided for a more informative discourse and analysis of various land access policy options and tenure systems that can be leveraged both by the county government and the informal settlement community.

The paper formed the basis for an on-going discussion between the community of Kianduttu settlement, Muungano wa Wanvijiji, and the County Government of Kiambu.

It legitimises community-collected data, allowing for its use in negotiations for alternatives to forced eviction, and progresses the community push for regularisation of land tenure. In order to achieve this, the paper establishes the constitutional basis for land tenure regularisation. It provides a series of alternatives provided under the land laws and makes policy recommendations.

The intervention in Nakuru was targeted at analysing community collected data along side other secondary data and creating a brief on the informal land situation in Nakuru. It also aimed at recognising efforts and initiatives by informal settlement dwellers to address land security challenges.

Qualitative data was gathered through social mapping and Focus Group Discussions (FGDs) with community members and other stakeholders in the settlement. The FGDs were conducted on 2nd December 2015. The purpose of the FGDs and other formal and informal interactions with community members and other stakeholders was to gather qualitative insights into various issues of the settlement, as well as validating information collected through household enumerations. These were conducted in a participatory manner using a checklist of open-ended questions. Consultants ensured that all members in each FGD had an equal chance to contribute to the discussion.

Mapping was undertaken while doing the community survey with full participation of settlement leadership. The focus of the mapping process is to help in the depiction of settlement boundaries, cluster boundaries, roads, drainage systems, schools, and other community facilities. It focused on the spatial dimension of the people’s realities as expressed in their background information. Resource mapping in the settlement was also done to help in charting land use and command areas, resource access points, and more.

Quantitative data was gathered through household surveys, referred to as enumeration. This was conducted by a team of experienced field investigators under overall supervision of social development economist and other members of the core technical team of the consultants under the guidance of SDI Kenya. The objectives of the household enumeration were to: understand the demographic/socio-economic profile of the households in the settlement; know the status of and issues related to ownership and tenancy structures; assess resident’s access to infrastructure, social amenities, and services; and understand the environmental conditions, health and various social issues.

In Mombasa the citywide engagement had a different entry point.  Early in 2015, the County Government of Mombasa announced their intention to develop a Strategic Integrated Urban Develop Plan (SIUDP). The plan would draw in technical support from JICA and private sector consultants. However, as a precursor to the plan the county government was required to present a spatial analysis of the current situation of the city. Recognising the Federation’s unique skill set of mapping human settlements and infrastructure within cities, the County Government requested their support to develop the city spatial analysis.

A significant impact of this federation support has been the recognition of Mombasa’s slums as part of the city’s fabric. Previously absent from the way the city zoned land use, the slums are now a zoning category known as High Density Low-Income areas.

Through discussion with County government, the planning department will adopt STDM (Social Tenure Domain Model) as the principal land information system that will anchor the zoning planning process.