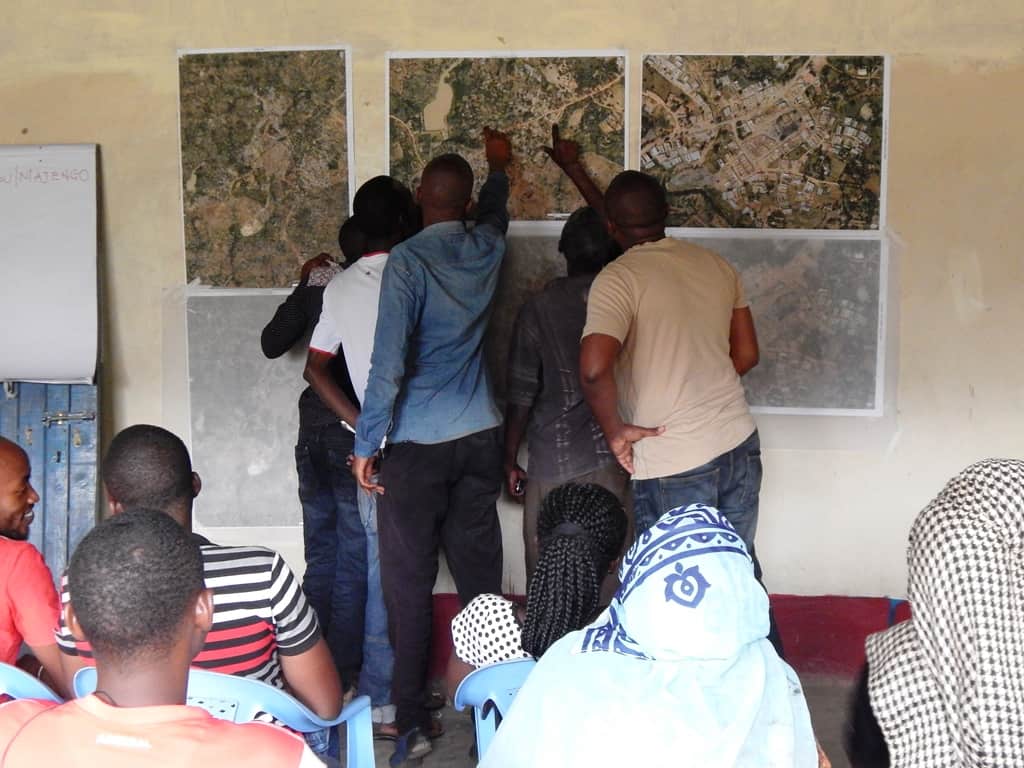 The Kenya partnership of Slum Dwellers International-Kenya Affiliate and Centre of Urban Research and Innovations (CURI)-University of Nairobi (UoN) commenced field activities for the Kitui Learning studio in the first quarter of this year. The studio is part of a broader collaborative programme implemented by Slum Dwellers International and the Association of African Planning Schools under a Memorandum of Understanding (MoU) signed between the two organizations, “in order to promote initiatives, plans and policies which encourage pro-poor and inclusive cities and towns in Africa.” Through this framework, the partners have previously implemented similar studios in Kenya, Malawi, Tanzania, Uganda and Namibia.

The ongoing collaborative studio programme is financed by Cities Alliance through the Catalytic Fund (CATF) of 2014, under the theme “Creating Momentum for Change through Innovative Information Generation and Engagement at the City Level in Africa”.  Besides Kenya, there are other three learning studios running under this fund in Namibia, Zambia, and Uganda. These learning studios are designed to build partnerships between informal settlement residents, local planning schools, and local government.

Drawing from past experiences, the Kenya partnership designs and executes these studios in a way that sets a foundation for future engagement in order to build on the positive outcomes that stakeholders find important to sustain over a longer period, beyond the planned studio period. This is interpreted as a strategy to manage community expectations that arise during the studio process. In doing so, more sustainable platforms of co-production and collaboration among various stakeholders are nurtured.

However, following access to the CATF, the Kenya partnership has up-scaled focus to the municipal-wide scale and introduced studio activities to intermediate cities, the first being Kitui. It should be noted that intermediate cities and small towns dominate the geographical distribution of urban centers (in terms of their numbers) in Kenya, and their increasing aggregate population is significant in reducing Nairobi’s primacy-the city accounted for 33 percent of Kenya’s urban population in 2014.  For example, Kitui is the administrative capital and the largest urban centre of Kitui County, with a population reported as 109,568 people. 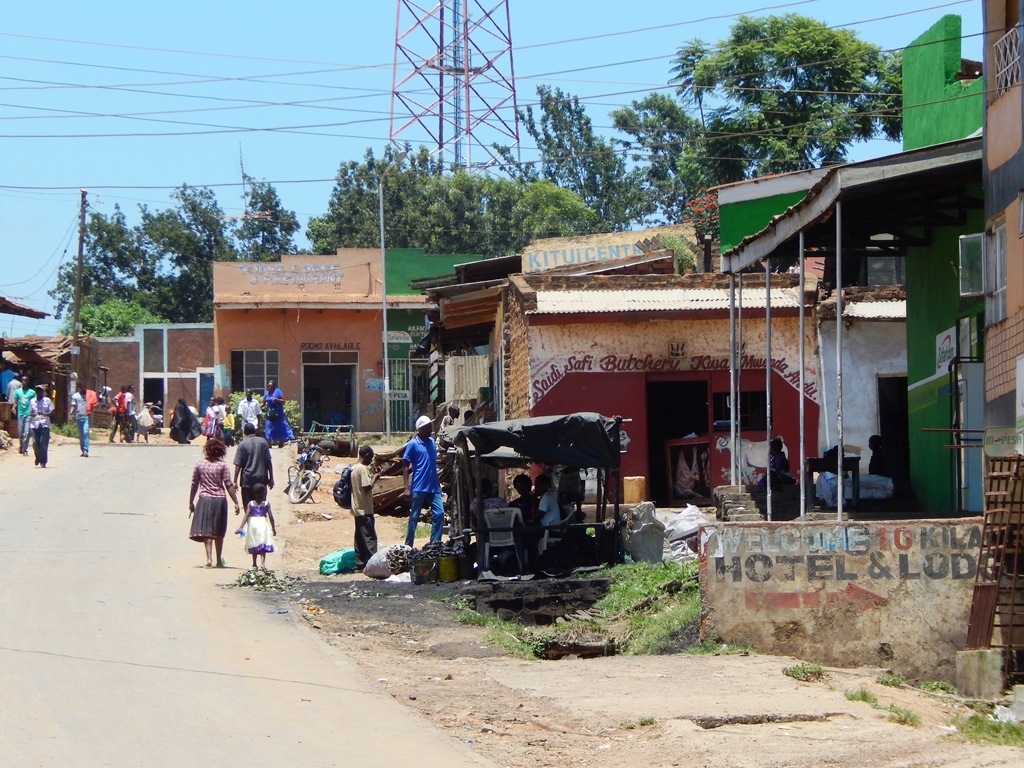 Kenya’s intermediate cities like Kitui face similar challenges, though at a different scale, as those experienced by the large cities. These include: inadequate or total absence of formal urban planning and design, inadequate infrastructure and housing, environmental degradation and urban sprawl, informal settlements, and weak urban economies. Nevertheless, these towns are anticipated to feature prominently in the structural transformation expected due to urbanization across the country, hence the renewed focus on intermediate cities and small towns.

From October to December 2015, the Kenya partnership engaged in preparatory activities for the implementation of the Kitui learning studio. This resulted in a joint work plan for engaging the informal settlement communities and the county government of Kitui. Besides the overarching objectives of training planning students and enhancing community participation in planning, the Kenya studio will also contribute towards generating basic data on informal settlements of Kitui (as a baseline survey); engage stakeholders in developing a concept for town-wide informal settlements strategy; and engage stakeholders in participatory planning sessions for select precincts in order to demonstrate various planning and design options for intervention. The studio will also focus on various aspects of the town’s informal economy and will build on ongoing planning and development interventions in the town.

On the 5th of February 2016, the partnership held a meeting with the Kitui County Ministry of Lands, Infrastructure & Urban Development, with the aim of introducing the studio to government and to seek buy-in from government. This meeting was a major milestone for the studio. Led by the Chief Officer in charge of lands, infrastructure and urban development, the Ministry welcomed the project and pledged support to the process, including assigning a planning officer as a studio focal point. The county government pointed-out the relevance of the studio in strengthening community participation and collaborative environment for government-community engagements for informal settlements improvement and overall, in enhancing equitable urban development.

After the successful meeting with the county government, the studio team embarked on community mobilization to prepare for collaborative data generation. This culminated in the formation of community planning teams and a data collection exercise that ran for two weeks in March, covering the 5 town’s major informal settlements (Kalundu, Majengo, Kunda-Kindu, Mjini & Mosquito), ‘pockets’ of informal settlements, and major market areas, including informal street markets. The two-week exercise included the active involvement of planning students and academic staff of the University of Nairobi, an urban planner from SDI Kenya, community leaders, research assistants, the studio facilitator and, young planning professionals (as studio assistants) in consultation with county government’s focal point officer.

The field work entailed training of community members who later teamed up with students to form a joint field team to: administer household questionnaires and profile questionnaires in settlements and markets; perform settlement mapping, photography and sketching; conduct interviews with key informants and targeted focused group discussions. Prior to conducting the field work, students had reviewed some background information, including documentation of recent planning processes in the town. 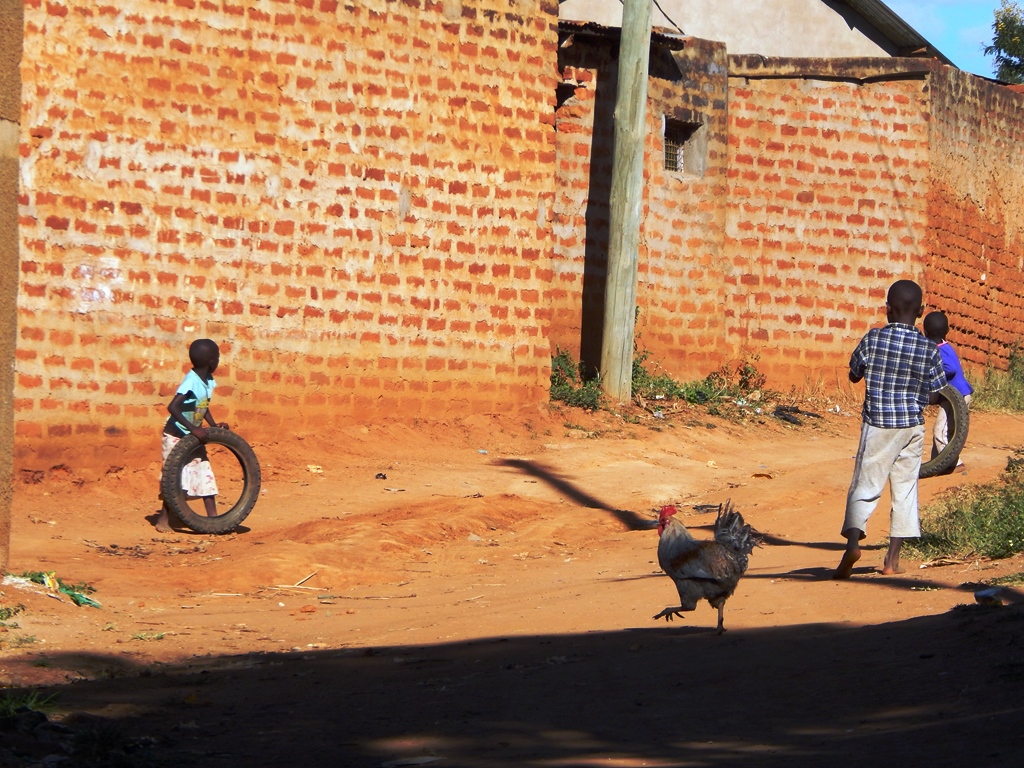 The benefits of this critical phase of the studio did not only accrue to students, but also to community members. Among other lessons, students were exposed to practical, diverse issues of the country’s urban context that are generally not taught in the classroom. For instance, they were able to get a more realistic picture of the housing conditions in Kitui – rather than the stereotypical shacks, Kitui’s informal settlements are characterized by sub-standard housing made of brick walls and an evident heterogeneous spatial-economic landscape defines what the town regards as informal settlements.

On the other hand, the community members also gained a lot from the learning process. For a number of community members who supported the data collection this was their first opportunity to interact with geographical information such as satellite images and maps, a process that evidently impacted on their perceptions of what urban planning means to informal settlements. Additionally, it was evident that the focused group discussions facilitated deeper engagement on various issues facing the communities and the town as a whole.

After the successful joint data collection exercise, the studio participants will move on to data analysis, compilation of lessons learnt, and preparing for engagement around the data findings with the communities and county government.

The federation of Botswana was mobilized by the Zimbabwean federation and established in 2011. Because...