The Battle for Living Space in Our Cities: A social movement based around alternatives to demolitions 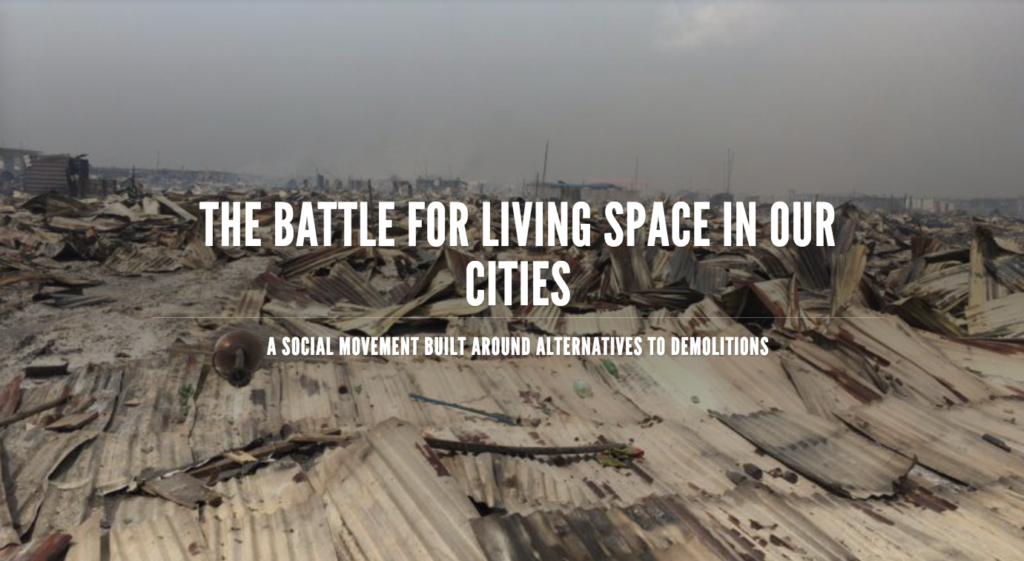 “It should come as no surprise that SDI affiliated federations of the urban poor, representing organized communities in a struggle for inclusive cities, almost always trace their roots to bitter and prolonged struggles against forced evictions. It began in the early 1970’s, when Janata Colony, a slum in South Mumbai India, itself the creation of demolitions, fought for years against the Government and its atomic energy programme – the Bhabha Atomic Research Centre. The colony united under the banner of the Bombay Slum Dwellers Federation – led by Jockin. After almost a decade of resistance the Government offered to relocate the entire settlement to nearby land. This landmark agreement was one of the first of its kind.”

Click here to read a full description of the SDI Network’s roots in creating alternatives to forced evictions.