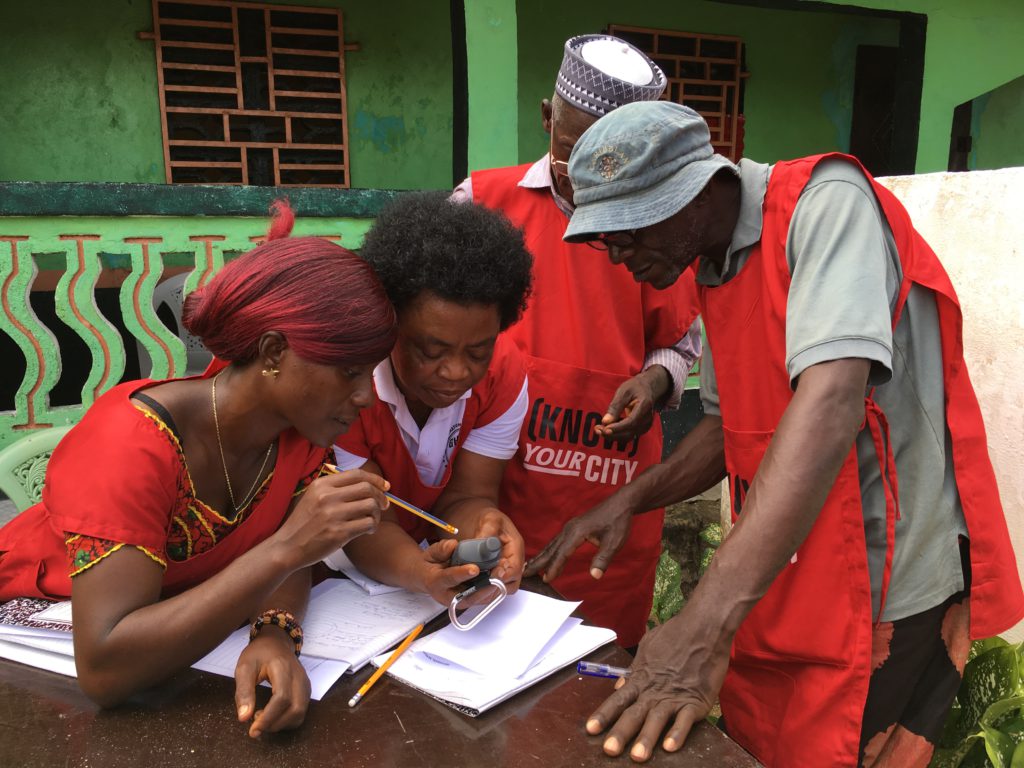 SDI’s city-wide profiling work has fed the growth of the Know Your City Campaign. The second phase of this collaboration (KYC 2.0) between SDI, United Cities and Local Governments-Africa (UCLG-A) and Cities Alliance was launched at Habitat III in Quito and a new MOU between UCLG-A and SDI to expand the work was signed. SDI anticipates additional support for this work to come from various partners engaged at HIII, where links were also made between the KYC Campaign and setting baselines and targets for monitoring the New Urban Agenda and SDGs; between the KYC Campaign and enhanced efficacy in UN Habitat’s PSUP program; and as a foundation for resilient city planning.

To this end, considerable effort is being placed in Know Your City 3.0. SDI is finalizing a strategic framework for the next iteration of our Know Your City programme: KYC 3.0. KYC 3.0 is underpinned by the relevant Theory of Change outcomes measurement framework, particularly identifying the leading indicators for normative and predicative analysis of cities’ capacity to manage shocks and stresses. SDI has enlisted the support of Andrew Means to support strategy and design with regards to the KYC data system. Andrew is Head of BeyondUptake the philanthropic and civic innovation arm of Uptake and Co-Founder at The Impact Lab. He has dedicated his career to creating a more effective and efficient social sector by developing data tools that help organizations improve their impact. SDI is confident his guidance will support SDI to achieve its ambitious vision for KYC 3.0.

What is that vision? It is to ensure that women-led collective organizing and action by urban poor communities anchors the co-production (by communities, local government and other development stakeholders) of strategies for transformation of the built environment from slums to resilient, inclusive and integrated city neighborhoods. This co-production results in the joint implementation of incremental, in situ precedent setting upgrading.