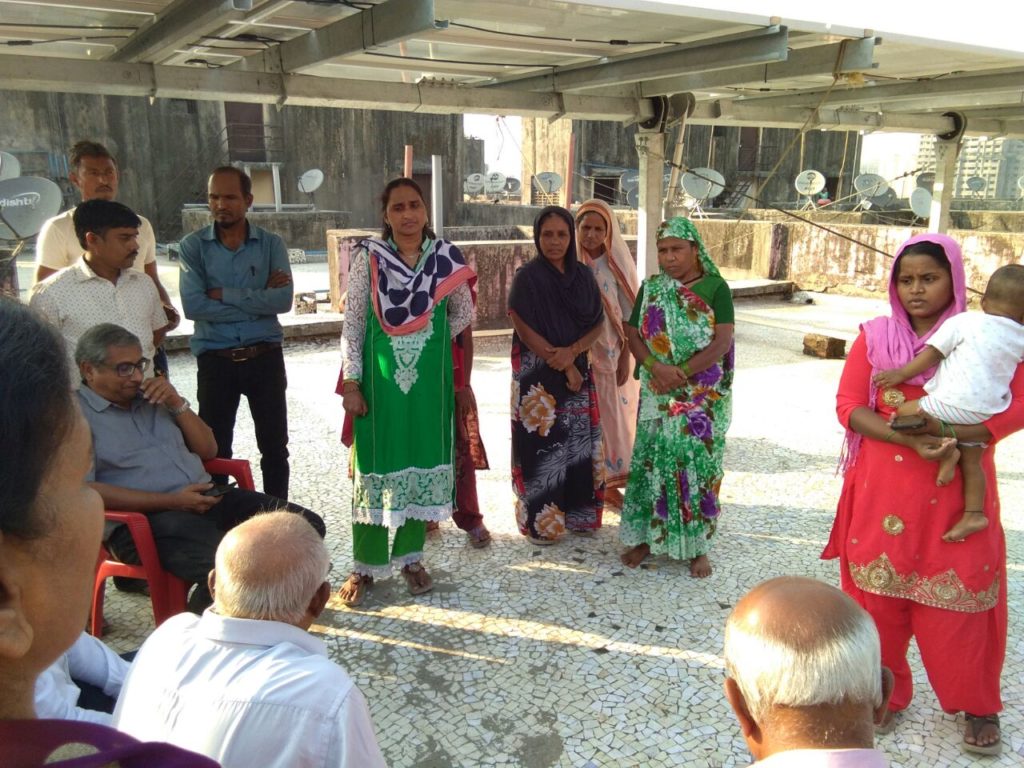 As of 2017, the National Slum Dwellers Federation (NSDF) and Mahila Milan in India have organized 694 groups in 81 cities and towns. Home to the oldest national federation in the network, the India SDI Alliance is a critical driver of peer-to-peer exchanges to organize and capacitate federations in Asia and the network at large. This year it became a key organizer of communities looking to find solutions to energy poverty. Success stories of energy-poor communities gaining improved access to renewable, affordable, reliable, and safe electricity through innovative strategies frequently reference rural areas but what of the urban poor communities? How can state strategies for energy security keep pace with the continued expansion of urban populations while at the same time satisfying existing demand? Can the human, financial, political, and environmental assets of the urban poor be harnessed to increase energy security and contribute to city resilience more broadly? 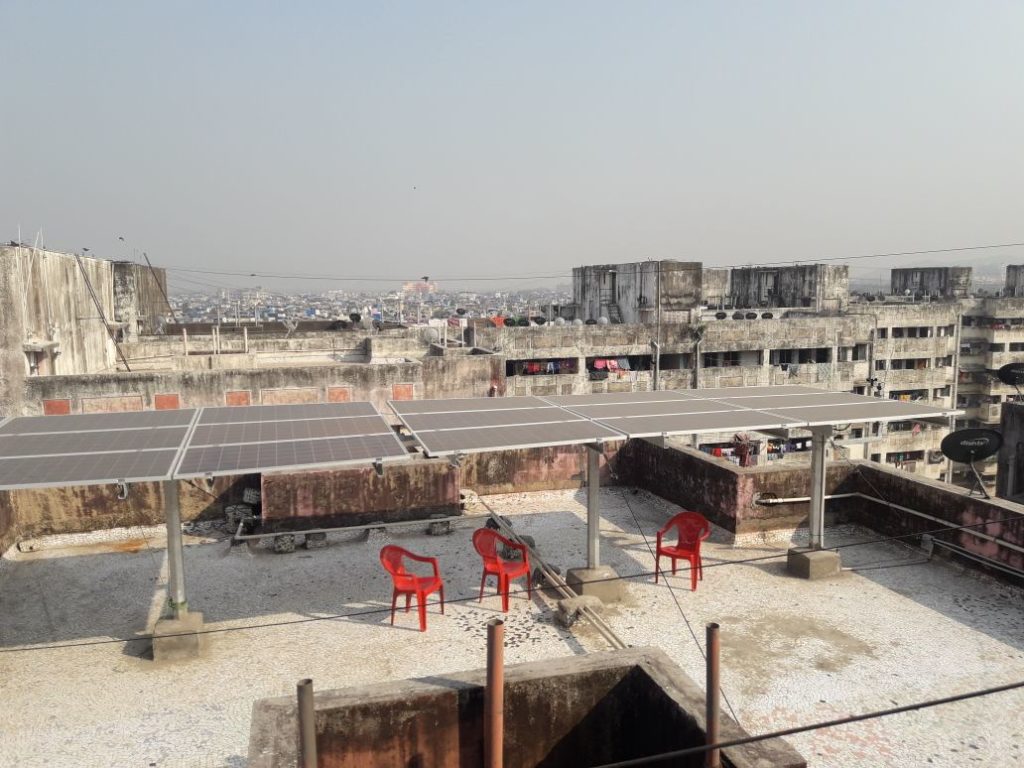 Both Maharashtra State and the Indian Central Government are working hard to incentivize use of renewables in the country’s energy mix. In November 2017, NSDF and Mahila Milan, with their support NGO, SPARC, held discussions with a private sector developer, the state electricity distribution company, and the Slum Rehabilitation Authority (SRA). They agreed to partner on a precedent-setting, community-man- aged pilot project installing grid-connected rooftop solar PV onto government-built, low income city housing projects in Mumbai. This small-scale embedded generation infrastructure will subsidize the energy tariff of the housing’s public utilities, including water pumps, lifts, and corridor lighting, freeing up additional financial resources for use by the cooperative in the maintenance of the buildings. Women from Mahila Milan have been trained in routine maintenance and energy use monitoring of the solar system. Ultimately, the aim is to demonstrate a model that can be locally financed and managed and contribute to energy security and financial resilience for the city at large.

As a result of the community’s organizing power, government cooperation, and the help of the private sector, the India SDI Alliance is aiming to reduce the electricity tariff for some of the poorest apartment dwellers in Mumbai. The aim is to install these systems in four more buildings in Mumbai during the first part of 2018. If the pilot proves successful, there are at least 500 such buildings housing very poor relocated or rehabilitated households in Mumbai that could bene t from replication of this project.

In the coming weeks, SDI will share the case studies from our 2017 Annual Report titled ‘The Road to Resilience’ here on our blog.  Emerging from the field of ecology,  ‘resilience’  describes the capacity of a system to maintain or recover from disruption or disturbance. Cities are also complex systems and a resilience framework addresses the inter- connectedness of formal and informal city futures. Moreover, it enables a nuanced reflection on the nature of shocks and chronic stressors – recognising that the latter are particularly acute in slum dweller communities and that this critically undermines the entire city’s economic, social, political, and environmental resilience.

As with personal resilience, city resilience demands awareness, acknowledgment of reality, and a capacity to move beyond reactivity to responses that are proactive, thoughtful, and beneficial to the whole. The most enlightened individuals and cities will be those that understand their responsibility to the most vulnerable and to the planet. Our 2017 Annual Report showcases some of SDI’s achievements over the past year on the road to resilience. Click here for the full report.