Solar for the Slums of Jinja 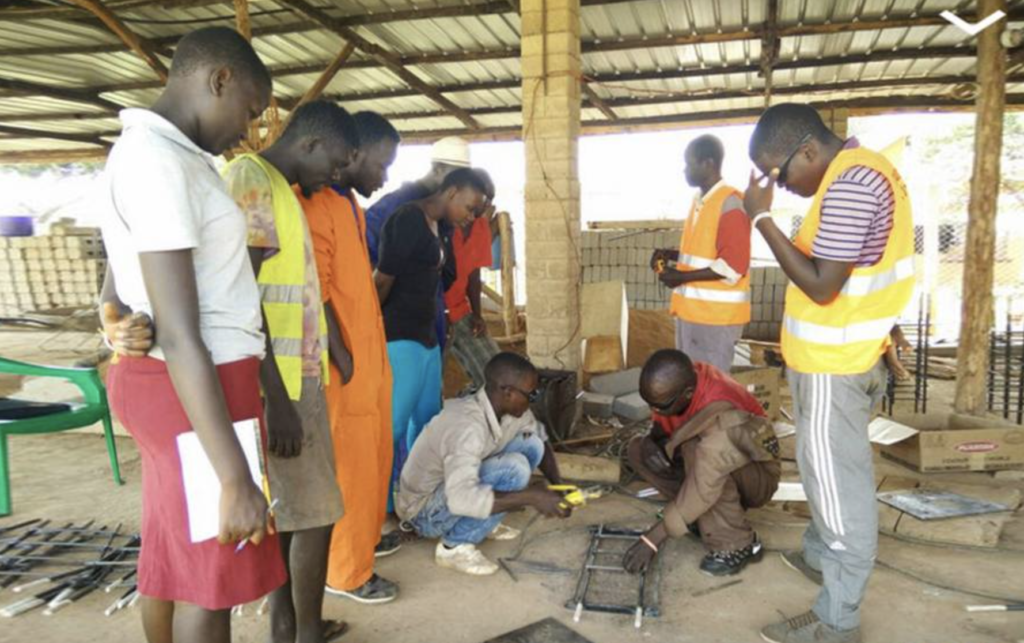 As of 2017, the National Slum Dwellers Federation of Uganda (NSDFU) has organized 2,052 groups in 20 cities and towns. In Jinja, as in many cities in Uganda, the poor generally pay significantly more for electricity than formally grid-connected city residents. In addition, they are often exposed to grave danger by illegally tapping the main supply, or mixing kerosene with diesel to prolong its use — exposing themselves to respiratory risk and fires that quickly wipe out entire settlements. The federation has been organizing in Jinja for over ten years and is recognized for having one of the strongest community-government partnerships in the SDI network. In 2017, the federation began to organize for clean energy solutions, starting with targeted profiling and enumeration of informal settlement energy needs and priorities.

With support from SDI, the federation was able to develop and sign an MOU with Jinja Municipal Council (JMC), leveraging a 10% subsidy for 650 solar home systems and securing support for a pilot for solar-powered off-grid public street lighting. This contribution was subsequently increased to a 50% financial contribution by the Mayor. The project demonstrates an alternative basic energy service delivery model delivered by a community-based service cooperative with a membership drawn from the regional federation. The Jinja Basic Energy Service Cooperative provides subsidized access to home systems and will work in collaboration with the JMC to fabricate, install, and maintain pedestrian street lighting. The project aligns with settlement upgrading spatial plans co-produced by the federation, university and NGO partners, and the Council to provide visible and tangible change around which the community can organize to achieve more complex aims, such as land sharing agreements. Project finance is managed through the federation savings and loans systems. The project design offers a cost optimization model for clean energy service delivery for low-income households and public spaces in low-income communities.

Uganda is known for having some of the best conditions for solar energy in the world. Although the solar market in Uganda is well developed, the sector has yet to accommodate the majority of the urban population who reside in slums. With this project, Jinja has become a learning center for solar energy solutions, hosting peer-to-peer exchanges and trainings with federations from across East Africa. The project aims to improve the built environment and the lives of the poorest and, critically, build the agency of the urban poor and their capabilities related to project management and design. The project is directed by a multi-stakeholder advisory committee to the office of the Town Clerk, a body which includes federation members and has proven highly influential in the project’s success to date.

The project demonstrates the potential for inclusive and collaborative energy solutions to combat energy injustice and build greater urban resilience.

In the coming weeks, SDI will share the case studies from our 2017 Annual Report titled ‘The Road to Resilience’ here on our blog.  Emerging from the field of ecology,  ‘resilience’  describes the capacity of a system to maintain or recover from disruption or disturbance. Cities are also complex systems and a resilience framework addresses the inter- connectedness of formal and informal city futures. Moreover, it enables a nuanced reflection on the nature of shocks and chronic stressors – recognising that the latter are particularly acute in slum dweller communities and that this critically undermines the entire city’s economic, social, political, and environmental resilience.As with personal resilience, city resilience demands awareness, acknowledgment of reality, and a capacity to move beyond reactivity to responses that are proactive, thoughtful, and beneficial to the whole. The most enlightened individuals and cities will be those that understand their responsibility to the most vulnerable and to the planet. Our 2017 Annual Report showcases some of SDI’s achievements over the past year on the road to resilience. Click here for the full report.
Energy Justice Slum Upgrading Uganda

This material originally appeared on the iShack Facebook page.  The Longlands community is a small...

Organize As of 2017, the National Slum Dwellers Federation (NSDF) and Mahila Milan in India...