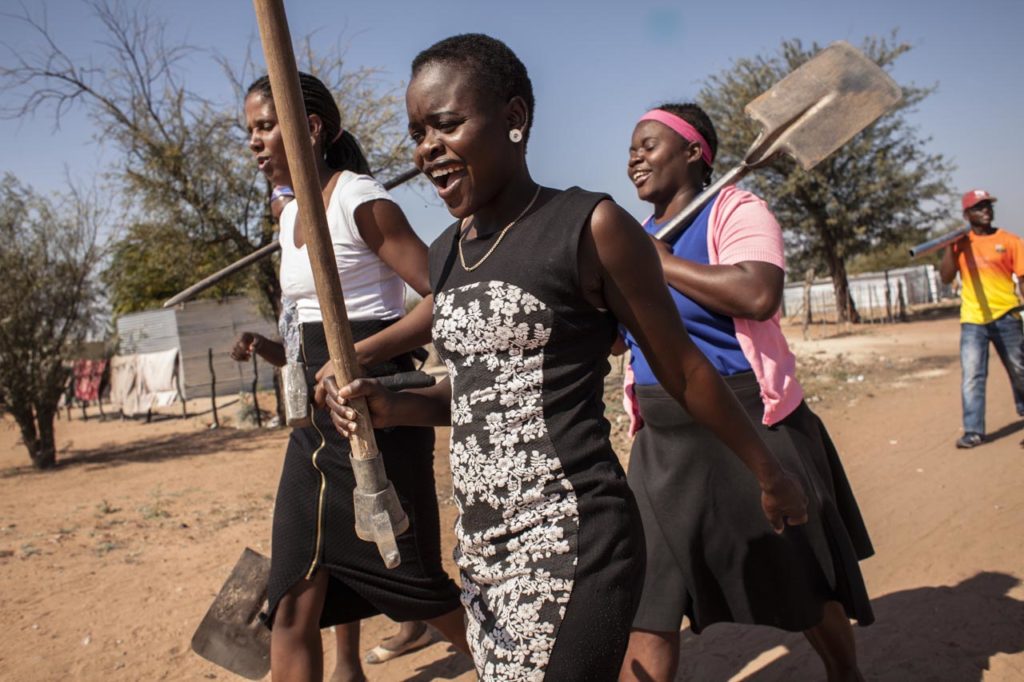 As of this year, the Shack Dwellers Federation of Namibia (SDFN) has organized 724 groups in 86 cities. The federation has been recognized for decades of strength as an organizer of informal communities around savings and self-build housing in Namibia. These efforts were recognized in 2015 by a campaign launched by the honourable Monica Geingos, First Lady of Namibia, and the CEO of Standard Bank Namibia. The Buy A Brick campaign sells eraser bricks in Standard Bank branches and donates money raised to the federation for construction of permanent houses for low and no-income Namibians in order to “erase shacks in Namibia”. Federation organizing was crucial to shaping this innovative Corporate Social Investment (CSI) program that is unique in its capacity to support the efforts of the poor to improve their homes and cities.

In 2017, the collaboration raised N$2 million – representing a 43% increase from the previous year and supporting the construction of 54 houses by the federation. The funds received are loaned to communities through the federation’s Urban Poor Fund at a monthly interest rate of 0.5%. Repayments feed the revolving fund in order to extend more finance to the poorest and to construct more homes. Federation members in Namibia have become experts in the art of housing construction and settlement upgrading. With support from its support NGO, Namibia Action Housing Group (NAHG), the Association of African Planning Schools (AAPS), and the Namibia University of Science and Technology, the federation is highly adept at facilitating planning studios and collaborating with students and local officials in hands-on approaches to inclusive settlement upgrading.

The federation aims to build 1,000 homes per year and the Buy A Brick campaign aims to mobilize the private sector to support the urban poor to achieve this goal. Standard Bank has admirably committed to support the federation through this campaign for as long as the need for housing among the urban poor persists. When the general public, the government, organized communities, local NGOs, and the private sector come together in such efforts the potential for scale is infinite. Through peer-to-peer exchange, SDI seeks to encourage replication of this inspired initiative throughout the network.