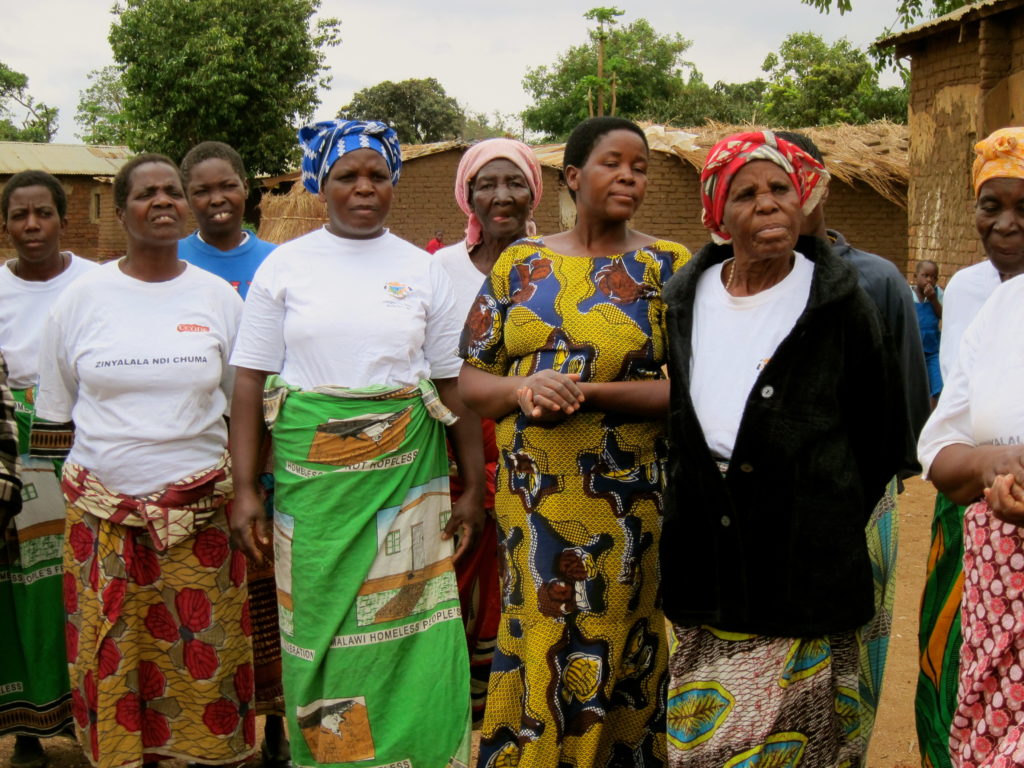 As of 2017, the Malawi Homeless People’s Federation has organized 505 groups in 28 cities and towns. It is well known that the central organizing tenet of SDI revolves around women-led savings groups. The value of savings to a poor community’s ability to absorb or adapt to shocks and stressors is paramount, and the social networks that women-led savings group create amplify benefits to community resilience. In 2017, the federation facilitated the formation of new savings zones in Thyolo, Mulanje, Chikhwawa (Southern Region), Mchinji and Salima (Central Region), and Rumphi and Nkhata-Bay (Northern Region). The formation of the savings zones has helped create frequent learning platforms that enhance the social, political, and economic capital in these local networks. In addition, the year saw the federation conduct regional youth savings symposiums. The symposiums brought together youth leaders from all districts and the mobilization of approximately 500 youth savers.

As savings groups and networks mature, they move into loan-making and explore more creative community funds to support basic services and infrastructure projects. Households contribute monthly to funds from which they are able to take loans. Within the savings group structures, the federation has introduced training on group investments, documentation on the impact of savings, and loan interest tracking and management. To increase livelihood options, close to 100 youths were equipped with skills in the production of various art and craft products and one group in Lilongwe opened a bakery. These efforts enhance financial literacy and access in urban poor communities and create improved economic livelihoods. The networking of these groups at settlement, city, and national levels builds social and political capital in urban poor communities.

The Malawi slum dweller federation efforts contribute to city resilience through the building of collective identity and community support as well as the building of skills and training that improve urban poor livelihoods.