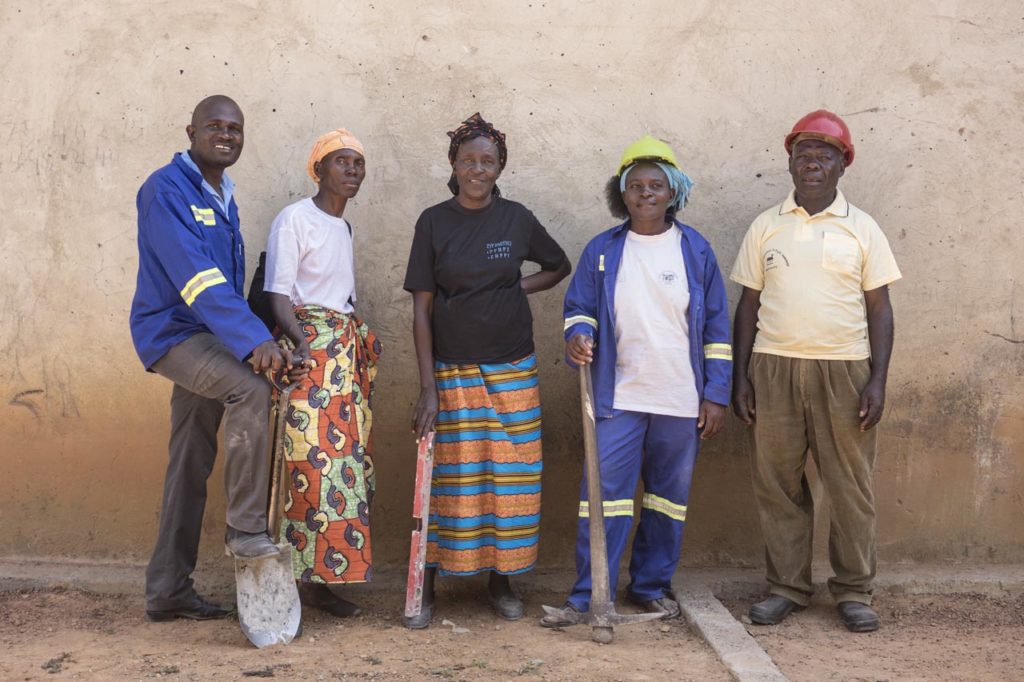 As of 2017, the Zambia Homeless and Poor People’s Federation (ZHPPF) has organized 600 groups in 45 cities and towns. The federation has long organized communities around the issue of sanitation. This year ZHPPF took on the challenge of creating a public sanitation facility for one of the busiest markets in Zambia: Masala Market in Ndola. The market houses some 3,000 vendors, including fish, fruit and vegetable traders, restaurants, agro-product sellers, carpenters, and hardware suppliers. Situated close to the Main Masala Bus Station, which serves passengers from across the country, an estimated 30,000 shoppers pass through the market each day. Given the volume of trade and proximity to consumables, the need for adequate sanitation facilities in the prevention of disease is critical. Savings groups in the area organized and negotiated with local authorities for permission to design a project to address these needs.

Ndola City Council expressed willingness to work with the federation on the project and was eager to explore new strategies for ensuring public service facilities do not quickly fall into disrepair. The federation offered assurances that the community could manage the facility and gave examples from its own experience and the experiences of peers in the SDI network. With the agreement of the Council to provide land and technical assistance, the 22 savings groups in the area took part in a participatory design process for the facility, which will go beyond a simple public toilet and instead become a multi-purpose income-generating venture. The community received training in construction and contributed sweat equity to bring their ideas to life.

The finishing touches are being put on the unit, which is set to launch early in 2018. More and more federations are exploring ways to combine basic service facilities with business to make the most of precious land in informal settlements, incentivize good maintenance of facilities to protect the viability of attached businesses, and even cross-subsidize the cost of maintenance. The facility will employ 11 local people, drawn from the federation membership, and market vendors anticipate attracting more shoppers once the facility is complete.