Collaboration for Reducing Risk in the Coastal Slums of Freetown 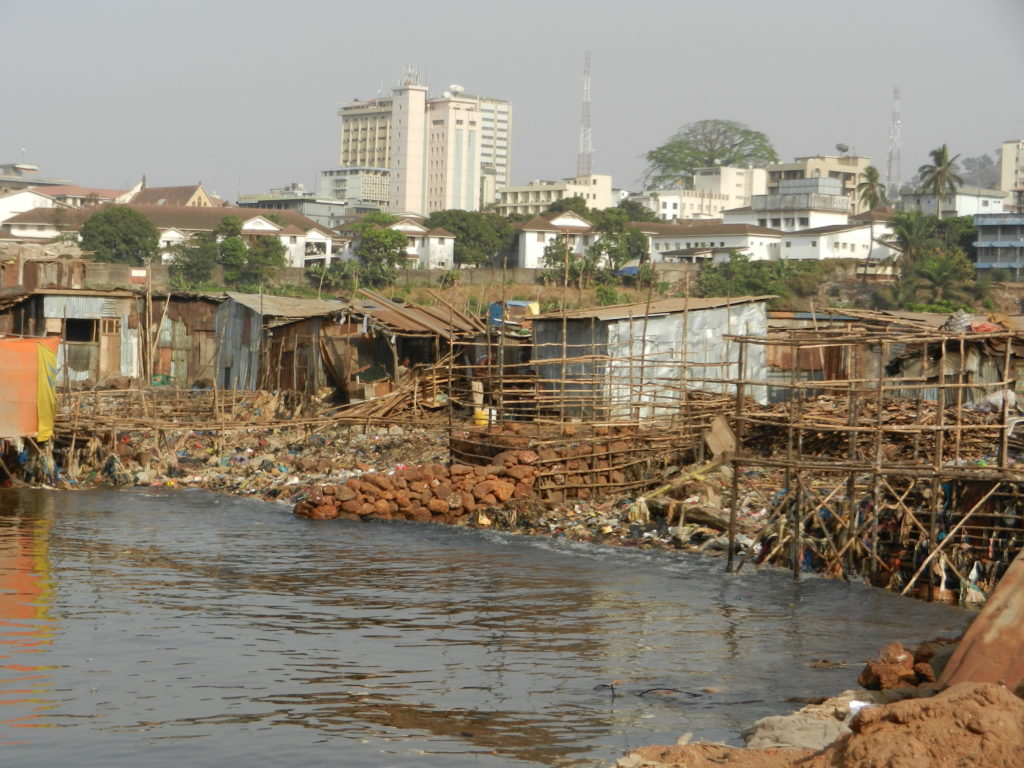 As of 2017, Sierra Leone’s Federation of Urban and Rural Poor (FEDURP) has organized 272 groups in 5 cities. Vulnerable coastal slums in Freetown are plagued by seasonal flooding and their designation as risk prone areas means the threat of eviction is ever present and the extension of basic services restricted. For communities whose livelihoods are heavily linked to their proximity to the ocean and whose incomes do not permit residence in formal areas of the city, this presents an acute challenge. Believing in the maxim “information is power,” the federation has organized communities to profile, enumerate, and map their settlements and engage government and other partners to explore solutions that promote environmentally conscious and equitable development – upgrading where possible and relocating where necessary based on comprehensive analysis. This year, the federation completed a Freetown citywide profiling report comprising 62 slum settlements as a contribution to this effort.

The complexity of the issues facing coastal slums should not be underestimated and collaboration with other federations facing the same challenges, as well as other organizations with expertise in these issues, is essential. In Sierra Leone, the federation has collaborated with the Sierra Leone Urban Research Center (SLURC), established as part of the Comic Relief-funded Freetown Urban Slum Initiative dubbed, “Pull Slum Pan Pipu”. SLURC brings together national and international research institutes and local stakeholders to enhance the well-being of informal settlement dwellers. The federation also works closely with Y-Care International, the local YMCA, and their support NGO Center for Dialogue on Human Settlements and Poverty Alleviation (CODOHSAPA) to organize youth and bring them into the profiling, enumeration, and local advocacy efforts of the federation.

The federation is proud that many officials formerly in support of evicting coastal slum settlements are now engaging communities and other stakeholders in a search for alternatives. The collaborations as part of the Freetown Urban Slum Initiative have been critical to this shift. The partnerships have also served to increase understanding that the daily risks faced by informal settlement dwellers in these areas actually serve to entrench vulnerability to an even greater extent than episodic shocks. As such, there is an effort to collaborate on reducing such vulnerability as the longer-term alternative to forced eviction. This is an important first step on a long road to resilience for these highly vulnerable settlements.