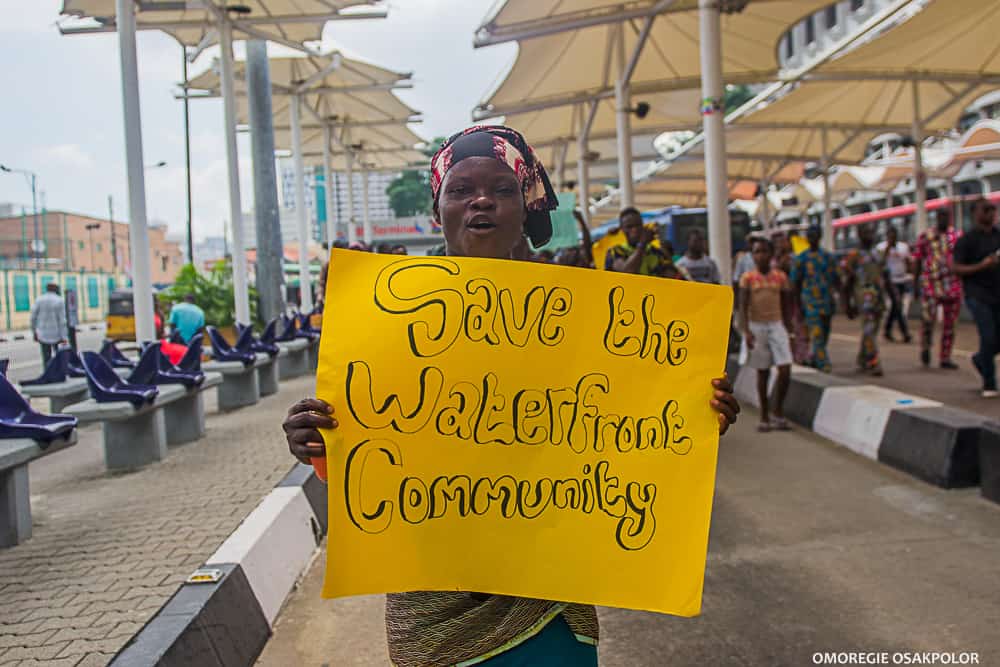 As of 2017, the Nigerian Slum/Informal Settlement Federation has organized 162 groups in 2 cities. As with most federations in the SDI network, combating evictions is the federation’s key mobilizing force. In the past 5 years, waterfront evictions have escalated owing to land grabs associated with an inflow of finance for luxury coastal development projects. The federation has used a combination of organizing strategies to try to stop the brutal evictions – evictions characterized by the overnight bulldozing of settlements housing tens of thousands, police setting fire to peoples’ homes and belongings, and the firing of live and rubber bullets to drive communities off the land. Federation profiling data on 40 waterfront communities with an estimated combined population of over 300,000 has been essential to informing the #SaveTheWaterfronts campaign to end forced evictions and ensure eviction alternatives are prioritized.

Despite a highly hostile environment, the federation has continued to work to build relationships with government. In the past year, progress has been made with the Lagos State Ministry of Health and the Lagos State Urban Renewal Agency (LASURA) with whom the federation has signed MOUs and is undertaking pilot projects to demonstrate eviction alternatives and city development that is in line with New Urban Agenda commitments. Peer-to-peer exchanges with other SDI federations and their government partners have been an important contributors to shifting perceptions in some government circles. Collaboration with other civil society actors has also been critical for raising awareness among the Nigerian public that – aside from contravening national and international law – the demolitions of peoples’ homes and livelihoods is neither a strategy for eliminating slums nor a strategy for building secure and prosperous cities.

Much is at stake in these efforts to demonstrate eviction alternatives and show there is another way. Since the absence of services in informal settlements is often used to justify removals, an effective first step in navigating the land tenure continuum can be the extension of these services to informal communities and the setting in motion of processes to upgrade in situ. It is an uphill struggle to say the least. In a city such as Lagos, with some of the most expensive land and housing markets on the continent, the forces against the federation are fierce. Poverty and deepening inequality are acute threats to the resilience of Lagos.

The Nigeria slum dweller federation efforts contribute to improved city resilience by reducing acute human vulnerability resulting from forced eviction, mobilizing cohesive communities, and organizing them to act as engaged citizens. These efforts are geared toward driving proactive multi-stakeholder engagements and building mechanisms for community engagement with government in pursuit of inclusive safety, security, and wellbeing in the megacity.