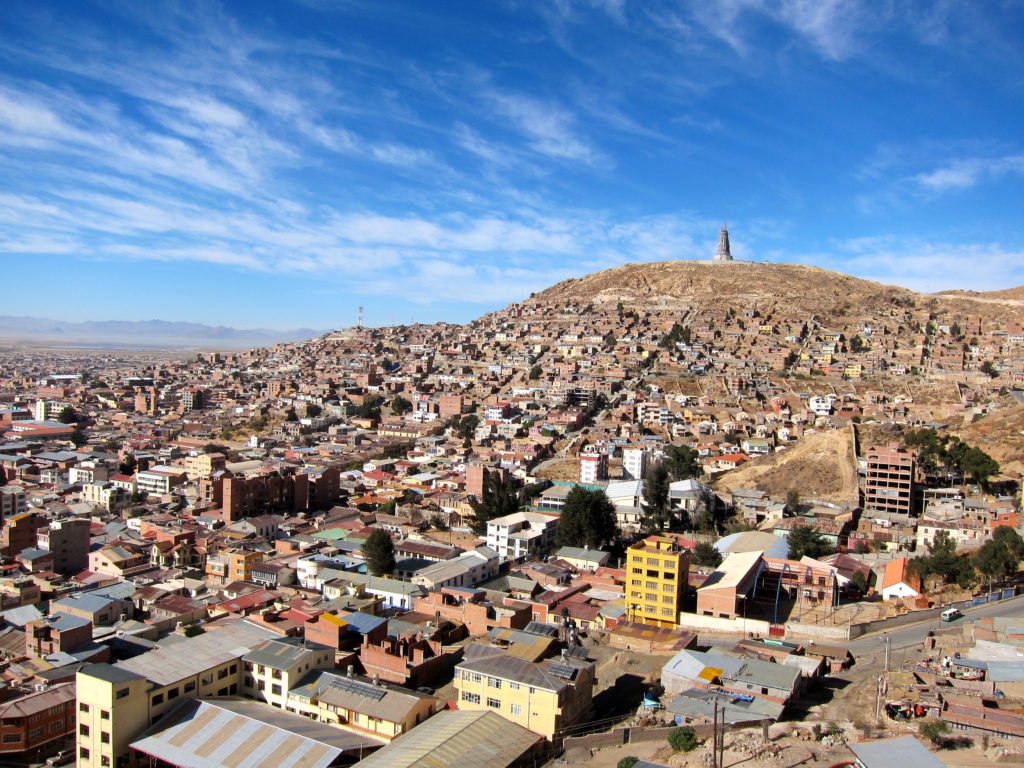 As of 2017, the Tejiendo Ciudades federation has organized 32 groups in 3 cities and towns. The groups – comprising of more than 500 members – meet weekly, and this women-led federation organizes around securing tenure and improving lives and livelihoods. The federation has undertaken profiling and enumeration in support of their efforts to secure tenure and housing for urban poor women.

Collaboration with government has not been easy for this federation. Considerable efforts have been made but the federation feels too many of the spaces they have tried to influence are captured by political forces and hostile to the urban poor. For the time being, the collaborations sought by the federation are with neighborhood boards and other grassroots communities rather than with public or private institutions.

The Bolivia federation has registered impressive results in this challenging space, improving the homes of 385 households and securing the tenure of many more through a combination of negotiation for land regularization and legal action. The federation manages its own Popular Housing Fund offering loans to slum dwellers in four categories: 1) Upgrading houses, 2) Securing tenure, 3) Basic services, and 4) Equipment. The loans are short term (six months) and typically between USD $150-300. They offer minimal interest of 0.5% per month. The federation has dreams to one day build its own Community Bank. The Bolivia slum dweller federation efforts contribute to improved city resilience by increasing access to safe and affordable housing, reducing human vulnerability casued by tenure insecurity, and building networks for community support, collective identity, and social cohesion.

This is the last post is the series of case studies from SDI’s 2017 Annual Report titled ‘The Road to Resilience.’ Emerging from the field of ecology,  ‘resilience’  describes the capacity of a system to maintain or recover from disruption or disturbance. Cities are also complex systems and a resilience framework addresses the inter- connectedness of formal and informal city futures. Moreover, it enables a nuanced reflection on the nature of shocks and chronic stressors – recognising that the latter are particularly acute in slum dweller communities and that this critically undermines the entire city’s economic, social, political, and environmental resilience.As with personal resilience, city resilience demands awareness, acknowledgment of reality, and a capacity to move beyond reactivity to responses that are proactive, thoughtful, and beneficial to the whole. The most enlightened individuals and cities will be those that understand their responsibility to the most vulnerable and to the planet. Our 2017 Annual Report showcases some of SDI’s achievements over the past year on the road to resilience. Click here for the full report.