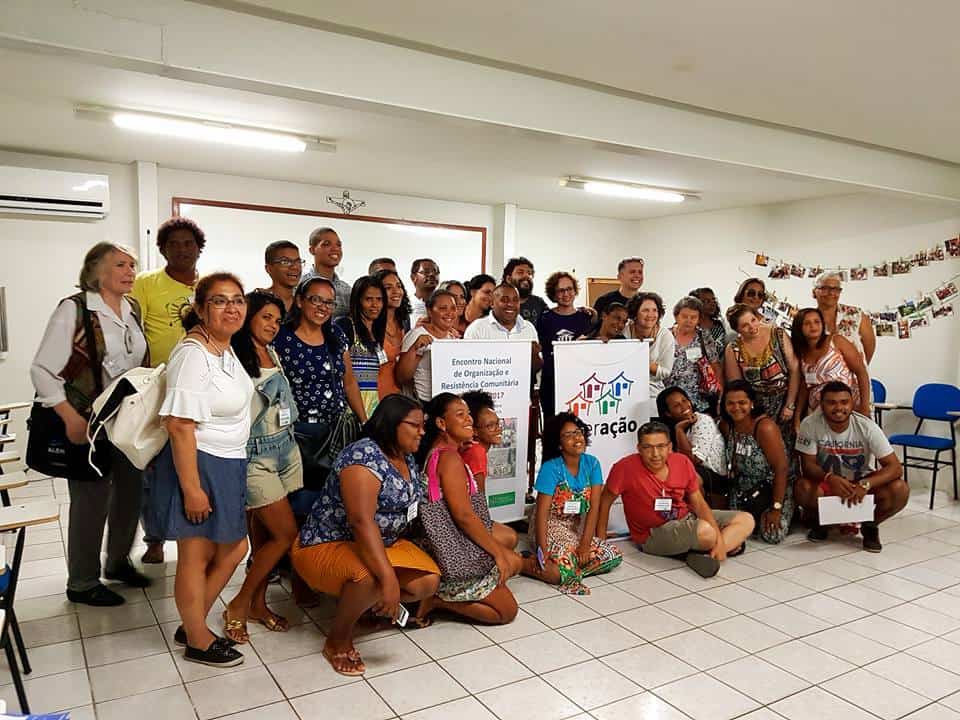 As of 2017, SDI’s Brazil partner is supporting 17 savings groups in 3 cities. In the last year, organizing efforts concentrated on coordination with local institutional partners, expansion to bring new groups into the network, and supporting groups with their specific challenges. These strategies were pursued in Osasco, Varzea Paulista, and Recife. In September 2017, Recife hosted Brazil’s first national exchange to bring these groups and their partners together for the purpose of exploring shared concerns and strengthening the relationship between efforts in each region/city. Topics discussed centered on women and youth, land regularization, and the environment as they relate to community organization and The Right to the City.

The community in Ilha de Deus, Recife, collaborates strategically with a host of actors including other popular movements and regional NGOs. A joint project with Habitat for Humanity International (HFHI) is under preparation in which the community will combine various profiling and enumeration approaches pioneered by SDI and HFHI to combat eviction threats and enhance tenure security for slum communities. Efforts are also underway to bring more youth into the network and introduce savings to new communities in the city and region. As part of this effort, the groups hope to document the history of their organizing and leadership of urban poor communities. In terms of government collaboration, Ilha de Deus are beginning to act at municipal level as part of Recife’s Master Plan Discussion Forum. This effort is being undertaken in partnership with the Women’s Secretariat of the Recife Municipality, HFHI, and ActionAid. The group is also taking part in the Urban Reform Forum in coordination with organized youth groups (FOJUPE) and women artisans and fishing communities.

The national exchange convened this year was an important step in building solidarity among slum dweller groups across the country. At present the groups work effectively in their various communities, but do not have a strong sense of belonging to a national network. In partnership with the local NGO Rede Interação, considerable alliance opportunities exist with the potential to bring about a shift in The Right to the City dialogue that positions slum dwellers as partners rather than beneficiaries of resilient city developments.

Earlier this month, delegates from countries across Latin America gathered in Lima, Peru for the inaugural Know Your...

*Desplácese hacia abajo para español* SDI is excited to announce that in 2018 we will...