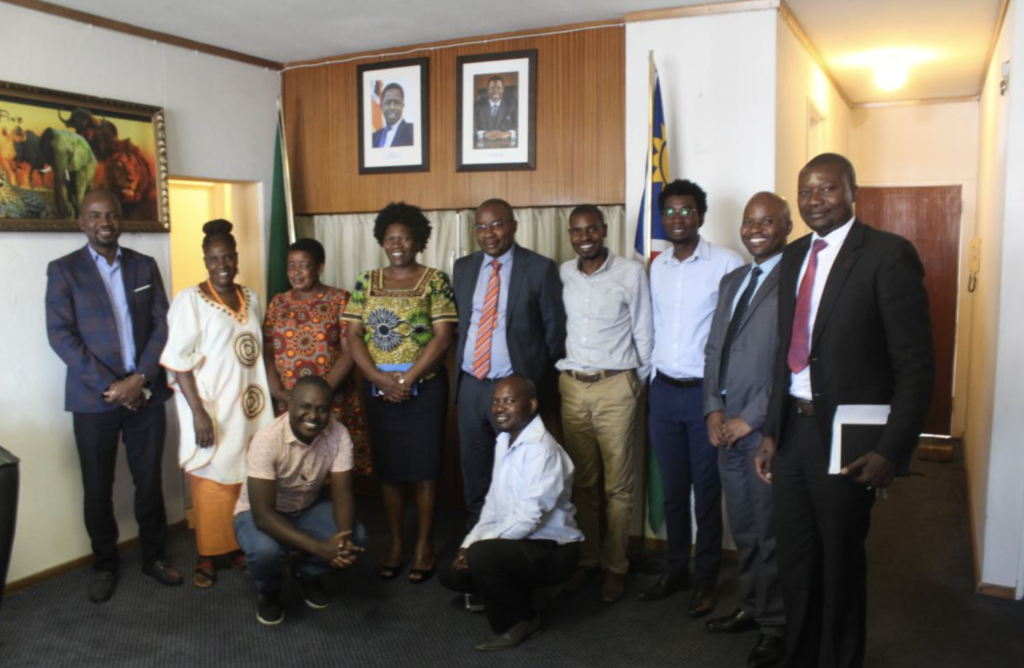 Zambia is a fast developing lower middle-income country with an estimated population of 16.9 million people and a growth rate of 3 per cent per annum. It is estimated that close to 40 per cent of the Zambian population reside in urban areas with an annual growth rate of 4.37 per cent.

As a result of the rapid urbanization the country is currently experiencing, there has been an unprecedented demand for adequate housing for the growing population that local authorities are unable to meet owing to limited financial and human resource constraints. According to UN-Habitat projections, Zambia faces a housing backlog of 1.3 million housing units, and because conventional housing is beyond the reach of the vast majority, it is estimated that close to 70% per cent of Zambia’s urban population resides in informal settlements that are characterized by appalling conditions such as poor/dilapidated housing, inadequate water and sanitation, lack of security of tenure, and other basic services.

Against this grim background, Peoples Process on Housing and Poverty in Zambia (PPHPZ) and its grassroots partner Zambia Homeless and Poor People’s Federation (ZHPPF) with over 10 years experience in providing micro-finance to poor urban slum dwellers to construct low income housing strategically entered into a partnership with the National Housing Authority (NHA) that saw a Memorandum of Understanding being signed in May 2016 aimed at providing sustainable and affordable housing deliberately to low income earners and the urban poor in Zambia.

Despite the MOU being signed in 2016 and ring fenced government funding for the project to the tune of $600,000.00 per annum, the initiative succumbed to government bureaucracy with regards to the disbursement of funds. However, in January 2019, the government through the Ministry of Housing and Infrastructure Development (MHID), has established a steering committee that seeks to oversee the fruition of the low cost housing initiative between PPHPZ/ZHPPF and NHA.

Following the establishment of this steering committee, there have been subsequent meetings and field visits between MHID, NHA and PPHPZ/ZHPPA. In readiness for the implementation of the initiative that will be a first of its kind in Zambia, the partners undertook a learning exchange to Namibia with support from SDI from the 25th of February to the 1st of March 2019. In the SDI network, Namibia has become a learning hub for affiliates owing to the significant strides they have made in harnessing government and private sector resources for low cost housing construction as well as incremental participatory upgrading.

The exchange made time and space for both federations to present the impact of their work to date, for the Zambian delegation to visit a number of projects in Windhoek and Gobabis, for discussion of the experience of each federation (and their respective governments) with regards to community-led housing, and for the government officials to learn from one another.

By the end of the learning exchange, it was clear that the challenges of urban informality are similar in kind but vary in magnitude in both Zambia and Namibia. The two countries are still grappling with addressing the prevention and upgrading of slums, whilst on the other hand grappling with providing decent and affordable housing to the vast majority.

A major hindrance for the urban poor and governments to invest in improved housing and upgrading often borders on the unavailability of financial resources. However, it is indisputable from the Namibian experiences that the concept of community-managed revolving funds is a tried and tested concept that can have a huge impact in transforming the lives of the urban poor. Community managed revolving funds prove to the government, private sector and other likeminded stakeholders that the urban poor are not “beggars” and mere recipients of development, but instead, they are the key drivers to their own development by contributing their own meager resources and sweat equity to the development process.

It was learnt that community based housing approaches significantly reduce the overall landing costs of the housing units as compared to using private contractors who are profit driven and this escalates the housing costs to be borne by the end users. Community based housing approaches reduce the landing costs by using economies of scale through bulk purchasing of negotiated construction materials, and these cost savings trickle down to the beneficiaries. Additionally, the costs are reduced through the sweat equity provided by beneficiaries in aspects such as making their own bricks, surveying their own land and digging trenches for laying water and sewer pipes.

It was clear from the case of Namibia that NGOs and Federations have demonstrated capacity to manage donor and government funds that may be attributed to their years of experience and robust management systems. The housing projects being funded by the government through the Ministry of Urban and Rural Development as well as private sector funds from banks such as FNB and Standard Bank are being channeled directly to the Twahangana Fund and disbursements are made in a timely because NGOs have less bureaucracy for procurement as compared to government process which often delays the implementation of projects.

All the above lessons are replicable in the Zambian context, and the proposed tripartite housing project in Zambia between NHA, MHID, PPHPZ and the Zambia Federation will continue being given technical support from the SDI network.

The key action points for the Zambia delegation will include but not limited to: