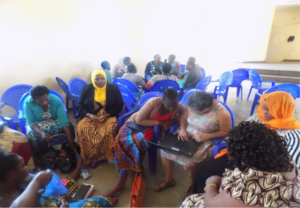 Between June and August 2019, the Malawi federation has begun a process to digitize its savings data. The following reflections have been compiled with an aim of providing insight on how the exercise was conducted, observations made this far, and recommendations to continue this work.

At a touch of a button the federation is able to check the amount of savings being made across the country without organizing a meeting or being physically there.

At the heart of the movement’s work is its women centered savings groups that are involved in various community development initiatives. These groups play a crucial role in their local areas through their contribution to social capital, community cohesion, empowerment and a range of other economic benefits. This is in pursuit of financial inclusion aimed at drawing the ‘unbanked’ urban poor population into the savings culture and consequently establishing a financial market that will respond to their needs. The lack of access to financial market adversely affects growth and poverty alleviation as poor people find it difficult to accumulate savings, build assets to mitigate against risks, as well as invest in income-generating projects that would improve their living conditions.

The federation women led savings groups are involved in collection of data – for there is power in information. In the area of savings, the groups are involved in the collection of money – the savings, and its corresponding data.  This data – if organized properly, can be used as a powerful advocacy tool in lobbying for resources to support poor people across the global or affiliate within countries. However, most of this savings data remains disjointed and, in some situations, not correctly recorded by groups.

All this is about to change with the introduction of an online or a digital platform that is aimed at supporting federations to organize their savings data at one place. This information can be found at www.wetheinvisible.org.  The digital platform is expected to make savings data more reliable and easy to validate; build credit history for the poor; increase online visibility of the movement; and improve quality control. This platform will also act as a database for federation members – in a form of a members register. Further, the platform will also enable the federation to provide a reliable account of the number of people that the movement is supporting – getting accountable.

The platform was firstly piloted in India and it is being introduced in Africa. The two countries that are being piloted in Africa are Kenya and Malawi. In Malawi, the process has reached an advanced stage where savings groups have started loading their savings data on the platform – Makhodo savings has literally gone digital. At a touch of a button the federation is able to check the amount of savings being made across the country without organizing a meeting or being physically there. This report therefore seeks to provide steps that have been followed by the Malawi federation to get to this point. It will provide the steps that have been followed and the observation made to this far.

The first session: setting the pace

The first session of the exercise took place in Lilongwe between June 30th– August 6th. The session was aimed at informing the members about the exercise – which is to support savings data organization as evidence for impact and outcome investing and understanding the existing groups’ processes to be aligned with the developed system. The session was also used to prepare savings groups in mobilizing the necessary information to be used in the next phase of the exercise – digitalization phase. The session agreed to pilot the process in the three cities of Blantyre, Lilongwe, and Mzuzu. The federation leaders were given the task of supporting savings groups from the three cities with collection of members data. This meeting involved 29 the federation savings frontline leaders from all the three regions.

The supporting team conducted three workshops in the three cities that were chosen for piloting: Blantyre, Lilongwe, and Mzuzu. The sessions attended by representatives from all the groups in that particular city were aimed at supporting groups in the managing of their group data on the platform. The session supported group members with capacities in data entry and analysis. The training reached out to 62 people from 53 savings groups – with 15 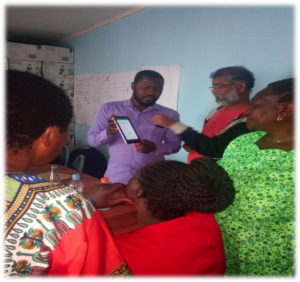 in Mzuzu, 22 in Blantyre, and 25 in Lilongwe. Additionally, the meetings also invited 2 representatives each from the districts of Rumphi and Nkhatabay in the North, Kasungu and Dedza in the Central and Mulanje and Machinga in the South. These are districts which have been earmarked the upscaling of the process.  At the end of the trainings each federation zone was provided with an electronic tablet for the data entry. A total of 25 tablets of the 29 which were purchased for this work have been handed over to the federation.  The gadgets have been assigned to savings groups but they are under the overall custody of the leaders from each particular area.

Since the inception of the process we have made a number of observations. Most of these observations are positive but there is still a need for the federation to manage them to avoid other people taking advantage of the system.

Digital migration is a technology concept. We have noted that most groups are having challenges with the use and management of information using the tablets that have been provided to the groups. This was anticipated as most people are tech-ignorant. This should not be confused with resistance from the groups. We expect that the groups will master the process within a period of four months.  However, for the groups to get to this expected level, there will be a need for the provision of constant backstopping support within this period. Supporting the groups will be the role of the leaders who will be provided with a crash training in the use and management of information using the tablets.

A remobilization process. The process has resulted in reigniting the interest of old members who had left the federation process. For instance, Blantyre has since recorded an increase in the number of groups attending monthly meetings by 10%. The likely explanation to this increase could be that the old members are thinking that the federation wants to start issuing out loans – business and housing. The federation leadership will be supported to make sure that these members have been properly re-admitted back into the system before they access loans. This will ensure that their expectations are managed.

An opportunity to involve the youth. The Malawi alliance will take this process as an opportunity to involve federation youth in its activities. As already pointed out, most mainstream federation members – the mamas, are not conversant with technological concepts and gadgets.  Therefore, involving young people in this process will help its institutionalization within the groups as well as providing an opportunity for the youth members to understand the rituals of the federation. To this day 12 young people have already been trained as trainer of trainers.

There are cost implications to the process. We have observed that going digital has a cost implication if the process it to be successful. There are two main cost drivers to the process. Firstly, there is a need for the leaders to provide monitoring and backstopping support to the groups up until when the groups are fully conversant with the process. Further to that, the tablets will have to be loaded with internet data bundles for transmission of data. These money related factors should be considered when planning to scale up the digitalization process to other cities and towns.

Digitalization of savings data is long overdue and the Malawi alliance feels this process will help it to break into new funding opportunities from non-traditional partners. These non-traditional partners will require the federation to change its attitudes towards the implementation of projects. Therefore, the federation leadership should be supported in realigning their thinking and start showing evidence of impact and outcomes. Focusing on impact and outcomes will support the federation in moving away from activity-based reporting. This means that there is a lot of work that should be done before the Malawi alliance can break into these new funding opportunities. The biggest task is to build the capacity of the leadership of the federation for them to understand their role in this digital migration value chain. The understanding of the leaders is expected to trickle down to the groups where the actual work will be conducted.