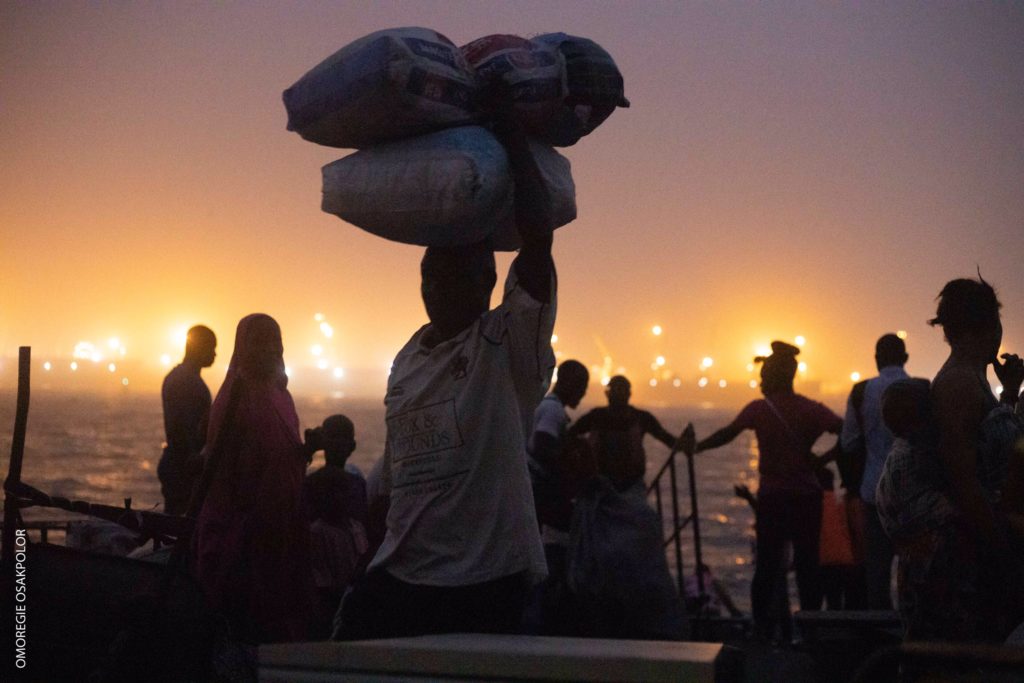 The Nigerian Slum / Informal Settlement Federation (Federation) and Justice & Empowerment Initiatives – Nigeria (JEI) condemn the demolition and forced eviction of Okun Ayo and Tarkwa Bay communities beginning on 21 January 2020 by the Nigerian Navy, acting on “orders from above”, carried out in brazen disregard for due process of law and other fundamental rights guaranteed to residents by the 1999 Constitution of the Federal Republic of Nigeria and other human rights laws.

Around 9am on Tuesday, 21 January 2020, residents of Okun Ayo and Tarkwa Bay communities – two peaceful beachside communities that are home to an estimated at least 4,500 fishermen, artisans, artists, and business people engaged in local tourism, among others – were shocked when the military personnel from the Nigerian Navy rushed through the community, shooting guns and ordering everyone to pack out within one hour. Several persons reported violence and that at least one resident was shot in the leg. Meanwhile, excavators reportedly began working in Okun Ayo community bringing down buildings, with military stationed to stop any entrance to that area.

Over the following hours and up through nightfall, thousands of residents packed what belongings they could salvage and struggled to find boats to leave the community, which is accessible only by water. All along the beaches and alongside Tarkwa Bay jetty, residents were seen with their belongings stacked high. Hundreds of boats filled with men, women and children waited in the harbor to know where they could move to take refuge. At CMS jetty on Lagos Island, hundreds of families sat with piles of their belongings, no idea where to go next. Many families ended up sleeping under bridges and in open spaces nearby as night fell and they still had no solution.

The demolition of Okun Ayo and the forced evacuation of Tarkwa Bay bring the number of communities forcibly evicted by the Nigerian Government through the Nigerian Navy since Christmas Eve 2019 – less than a month ago – to at least two dozen. The other peaceful island communities include Abagbo, Abule Elepa, Abule Glass, Ajakoji, Akaraba, Bobukoji, Ebute Oko, Fashola, Idi Mango, Ilaje, Inangbe / Ilado, Kopiamy, Ogunfemi, Oko-Kate, Okun Alfa, Okun Babakati, Okun Gbogba, Okun Ilase, Okun Kobena, Sankin, Sapo Okun, and Tokunbo, among others. Still other member communities of the Nigerian Slum/Informal Settlement Federation on the islands nearby are living under fear of imminent eviction should these actions continue.

We are dismayed by the purported justification given for these forced evictions based on security operations, knowing that no law in Nigeria allows for the demolition of peoples’ homes nor other forms of collective punishment without any due process of law. Rather, the Nigerian Constitution guarantees the presumption of innocence. Anyone suspected of a crime must be arrested, prosecuted, convicted, and sentenced before appropriate punishment can be imposed on that individual. Collective punishment and punishment of third parties is unconstitutional and illegal.

Meanwhile, forced evictions – the removal of people from the land or homes they occupy without sufficient legal or other protections – is a gross violation of international human rights law binding on Nigeria. The Nigerian Constitution and human rights law domesticated in Nigeria guarantee the rights to adequate shelter/housing, livelihood, due process of law, and dignity, among others. Indeed, a 2017 Lagos High Court judgment found that forced evictions without adequate notice and resettlement violate the right to dignity enshrined in Section 34 of the Constitution.

Forced evictions are not only illegal and unconstitutional, they are counter-productive to security and to the development objectives Lagos and Nigeria as a whole. Forced evictions cause mass homelessness, loss of livelihood, separation of families, interruption of education, physical and mental health consequences and death. Displaced communities and families are pushed into worsened poverty, which can only undermine security, as well as urban and national development.

For years, the Federation and JEI have worked closely with urban poor communities like Tarkwa Bay, Okun Ayo, and other communities living under the current threat of eviction to implement community-led development and advocate for partnership with government to follow international best practices around community policing and community-led in situ upgrading that can produce win-win outcomes to improve quality of life, collective security and societal development.

We call on the Federal Government of Nigeria and the Nigerian Navy to immediately halt the ongoing eviction campaign of island communities across Lagos, to dialogue with communities to find alternatives to eviction, while compensating and resettling evictees for their losses.

Please note: some pictures and videos are also included here; more will be added to the Flickr album throughout the day. Please credit as per the image labels

About us: The Nigerian Slum/Informal Settlement is a movement of the urban poor for dignity and development with membership from across over 144 communities in Lagos, 60 in Port Harcourt, and growing in other cities across Nigeria. Justice & Empowerment Initiatives (JEI) is a human rights and development organization that works hand-in-hand with grassroots social movements like the Federation to advance the rights of the urban poor and other marginalized populations. 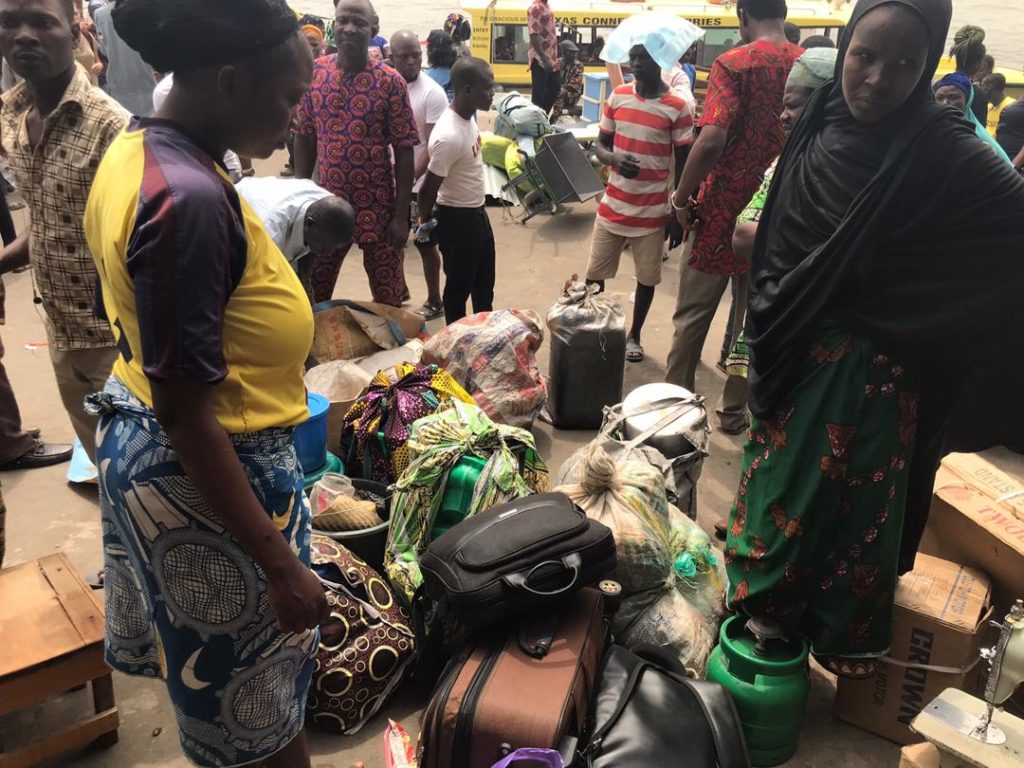 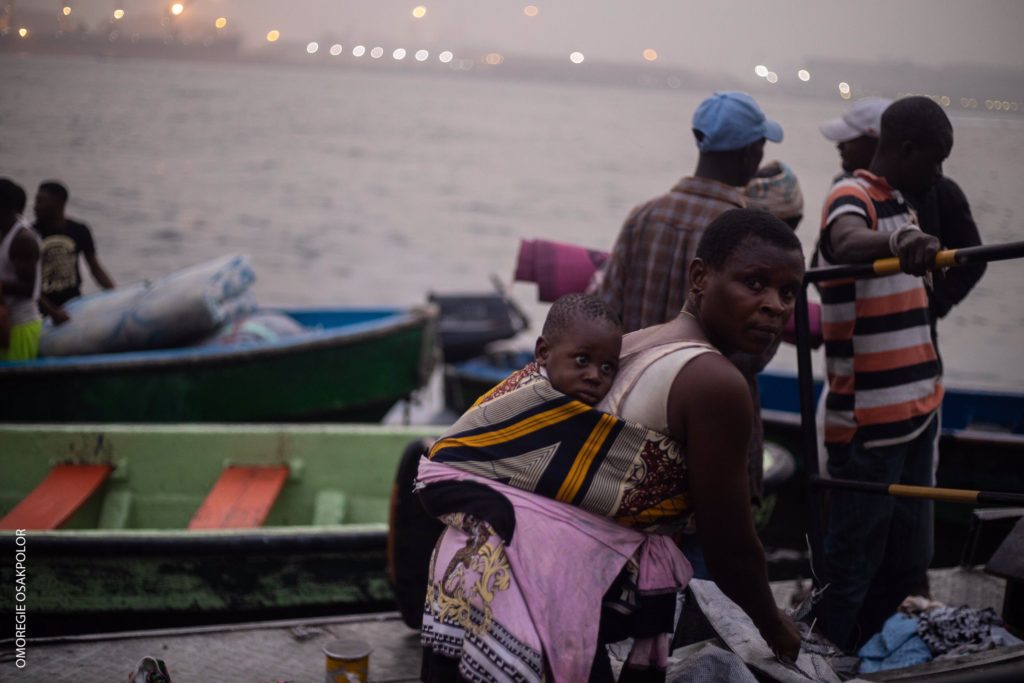 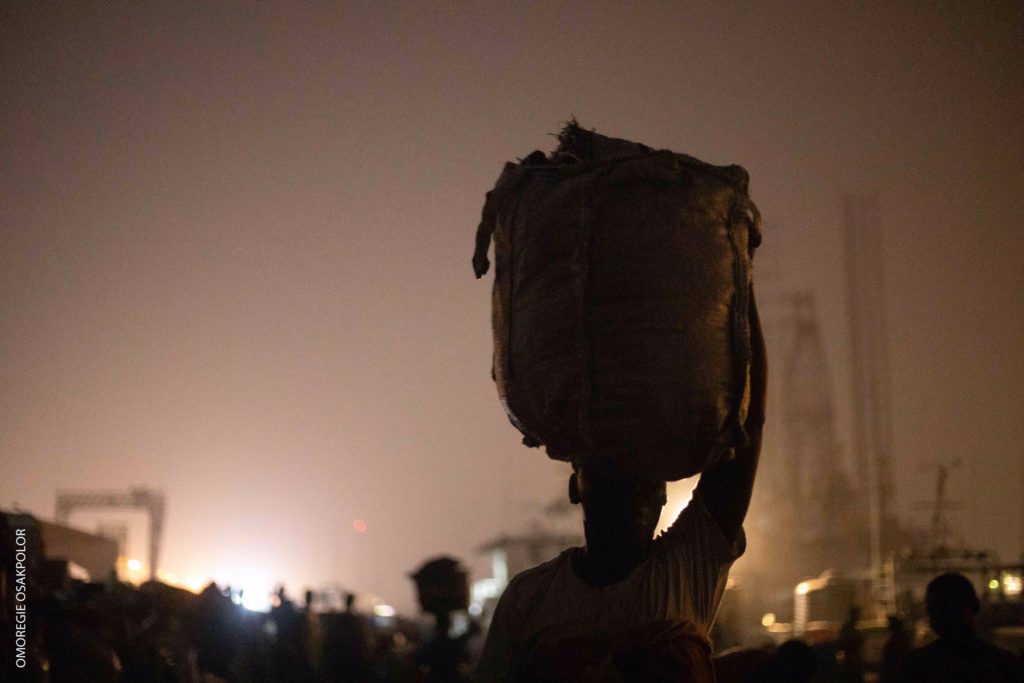 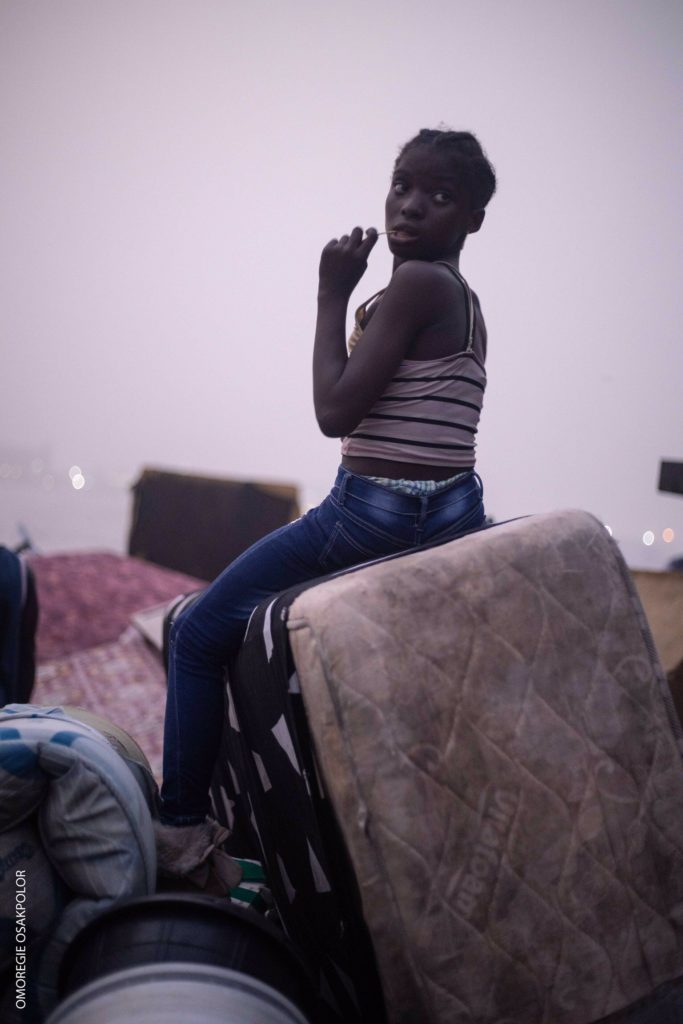 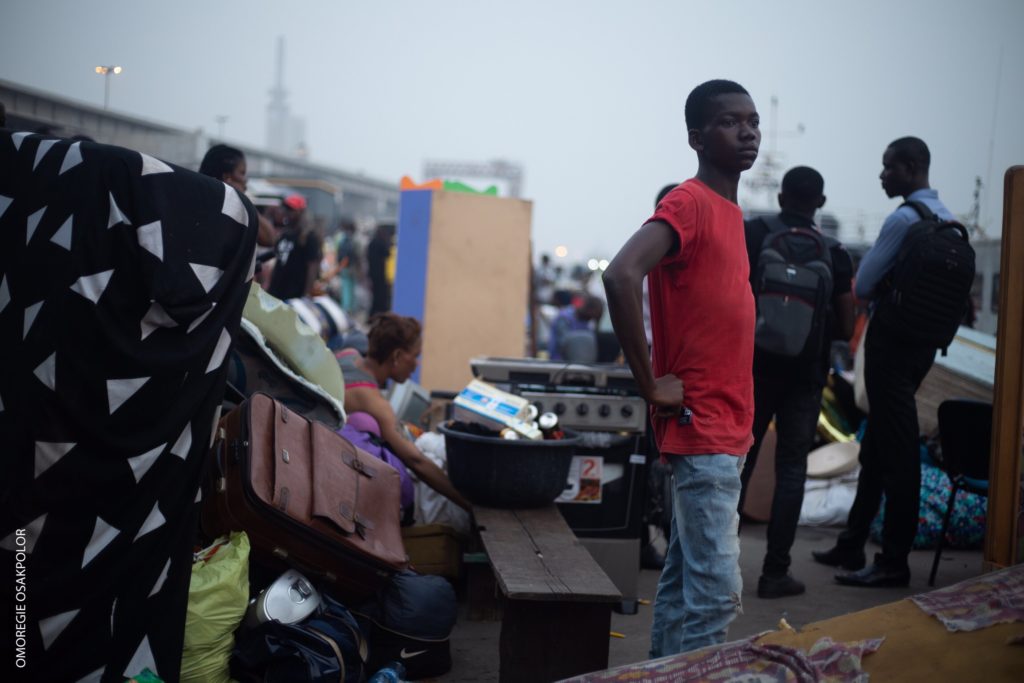 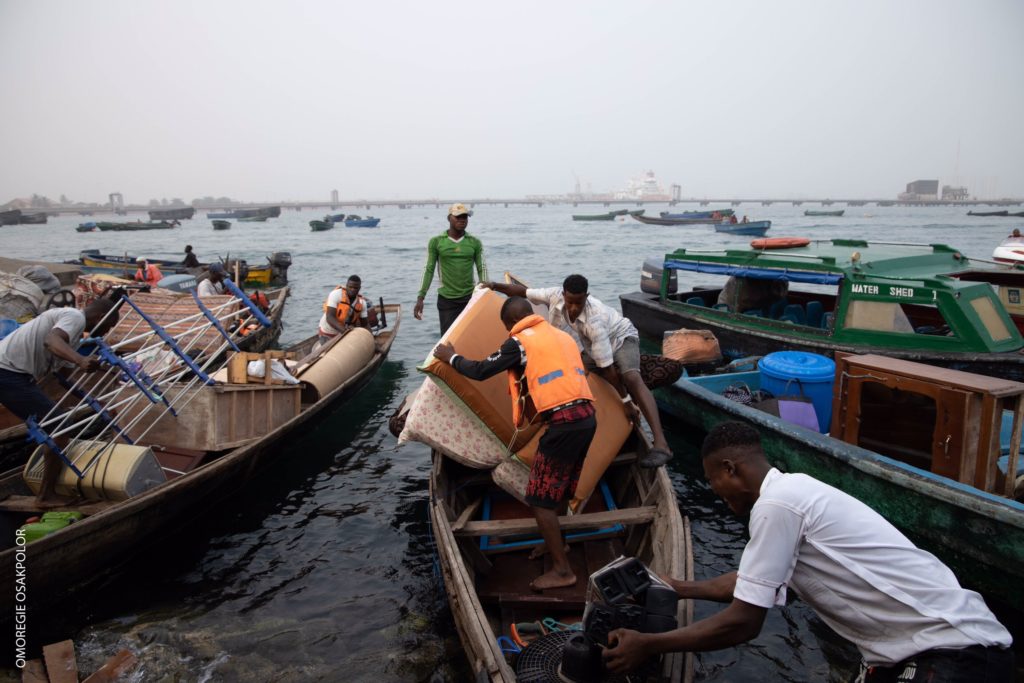 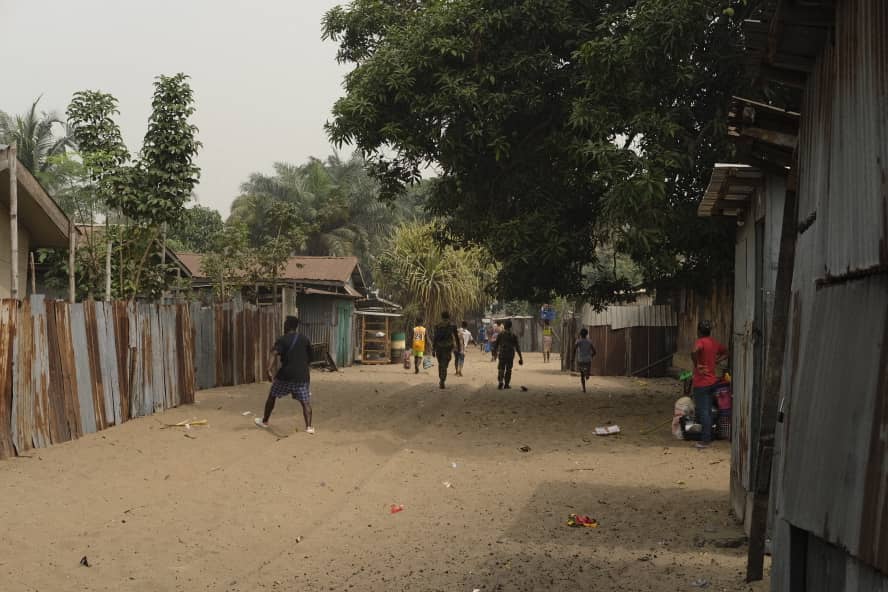 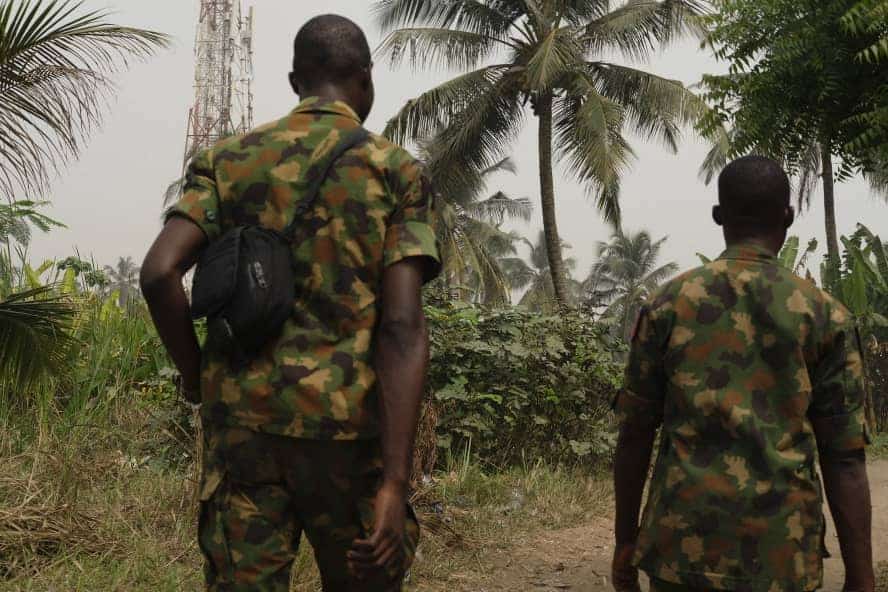 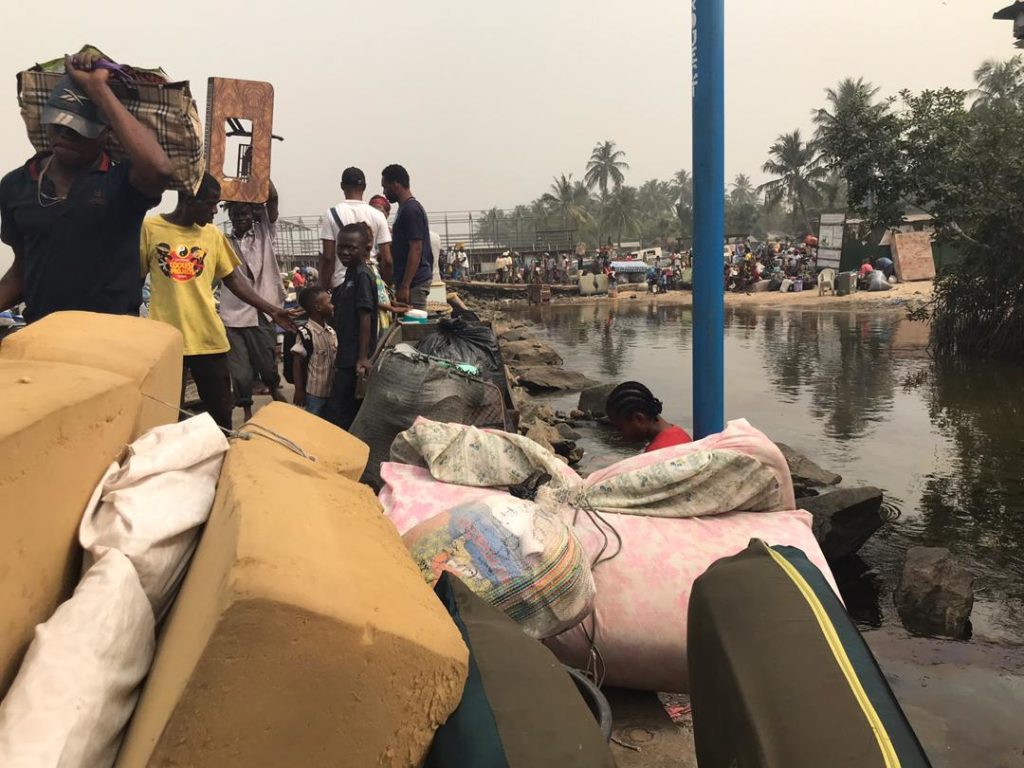 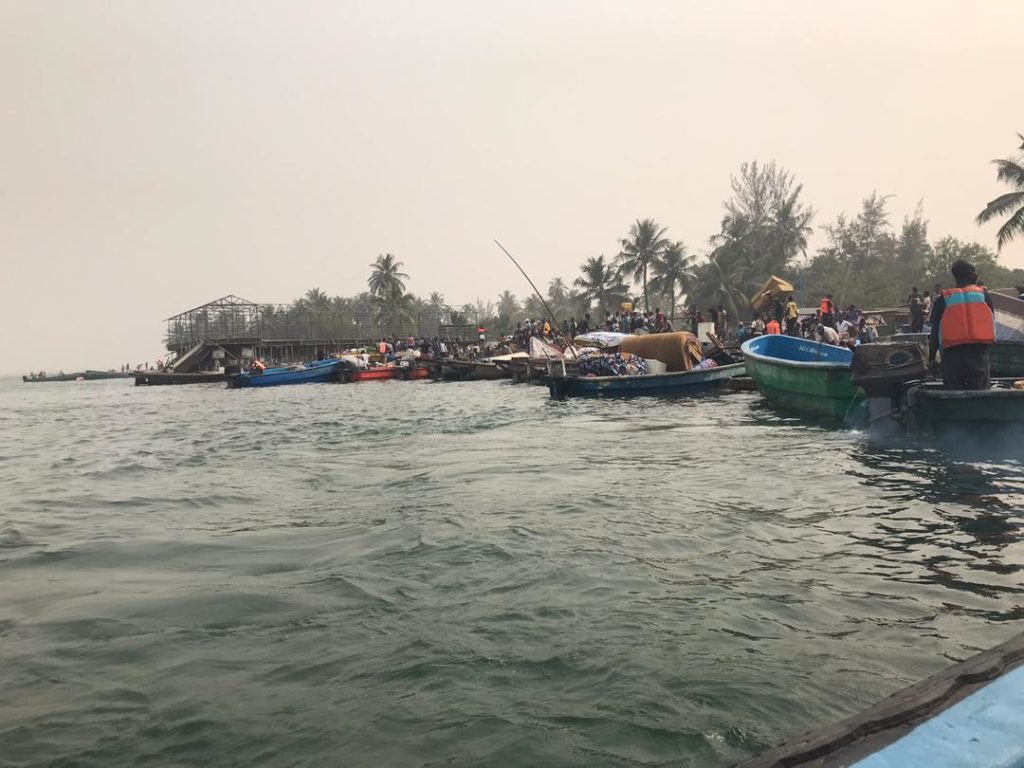 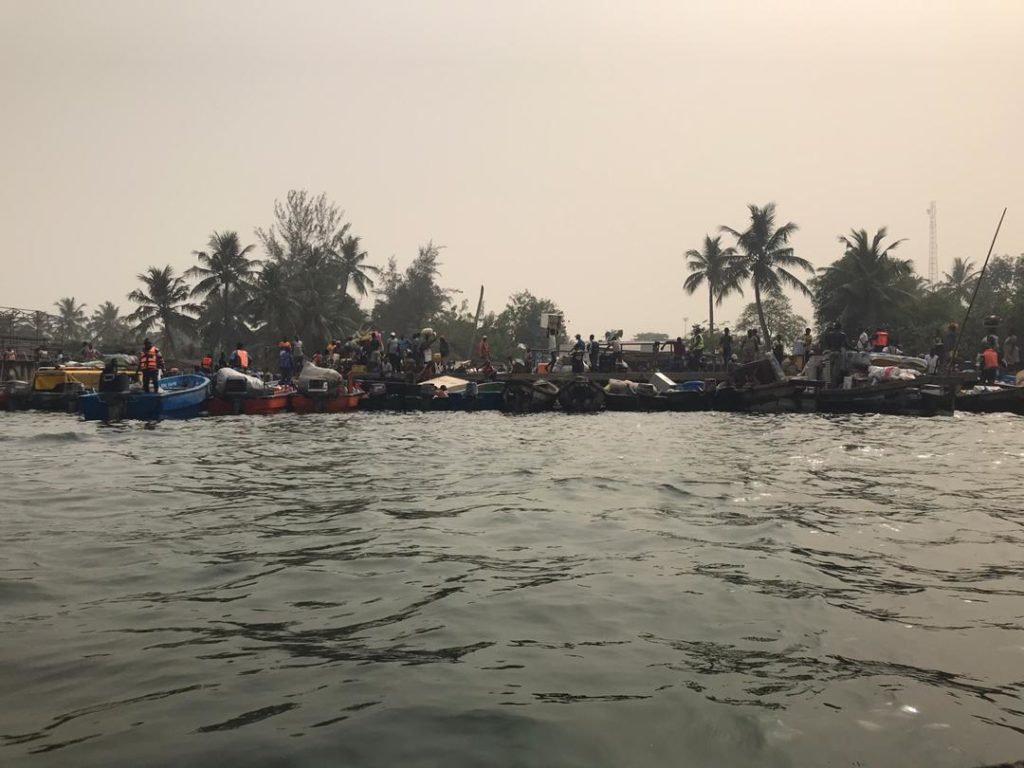 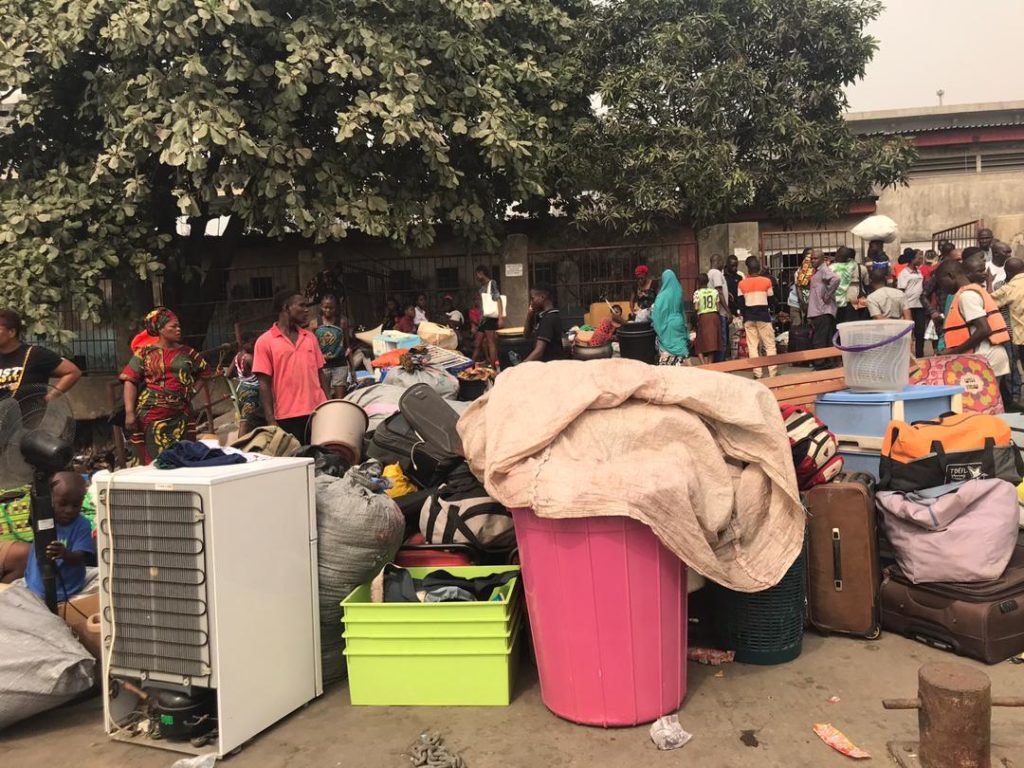 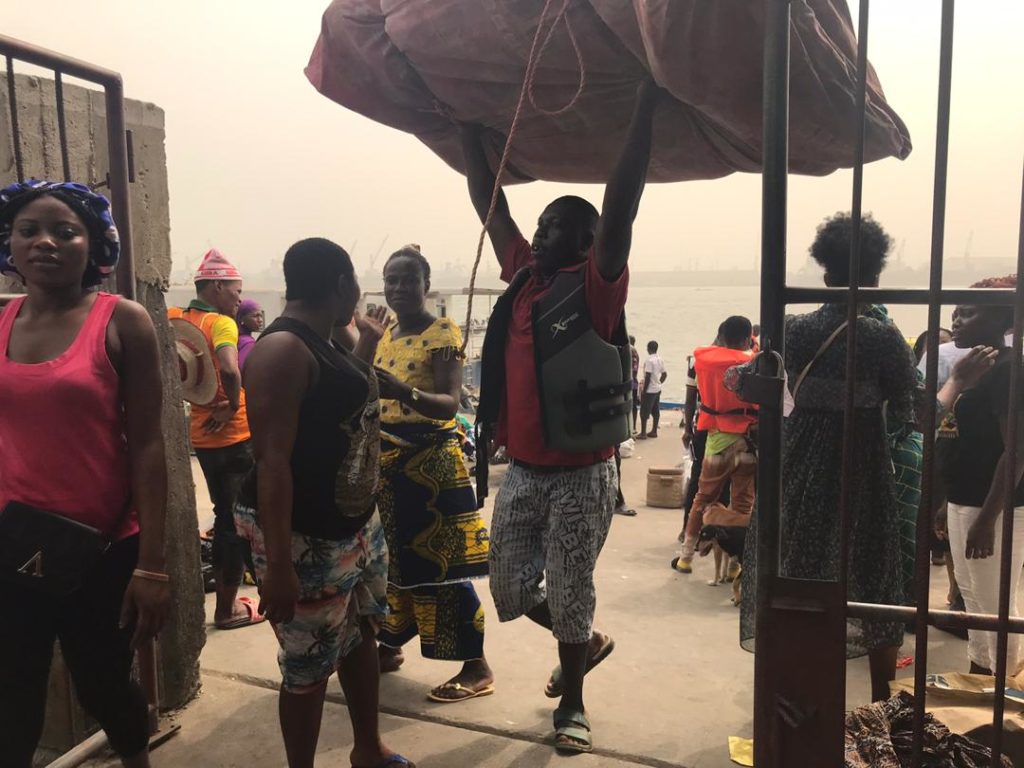 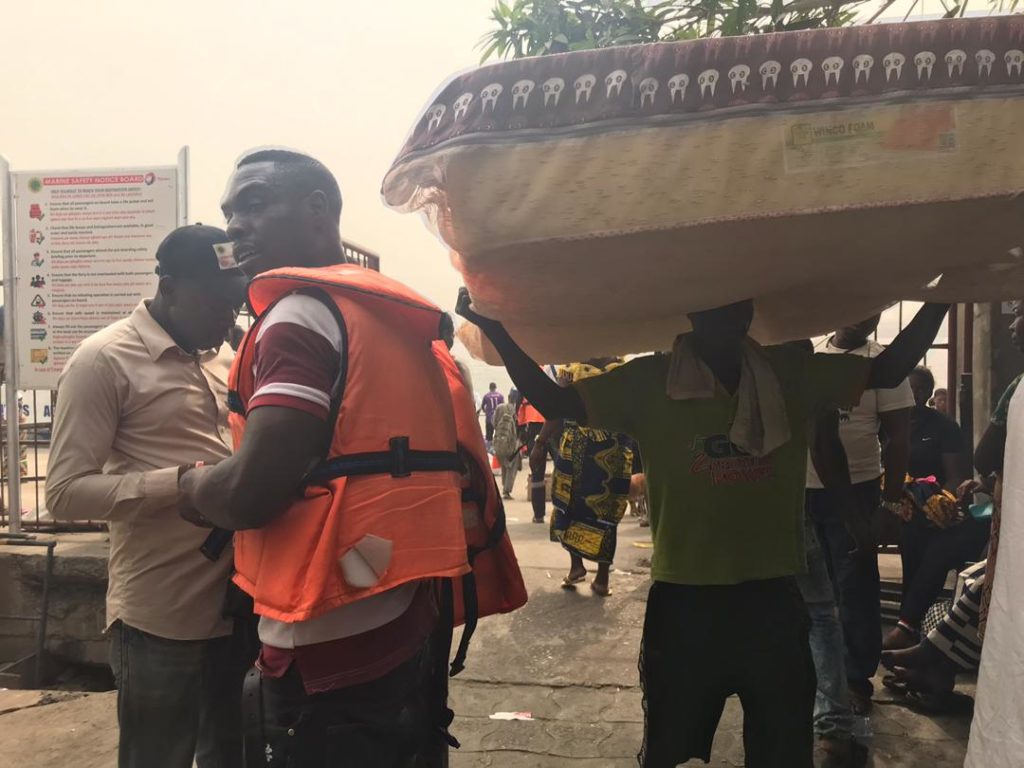 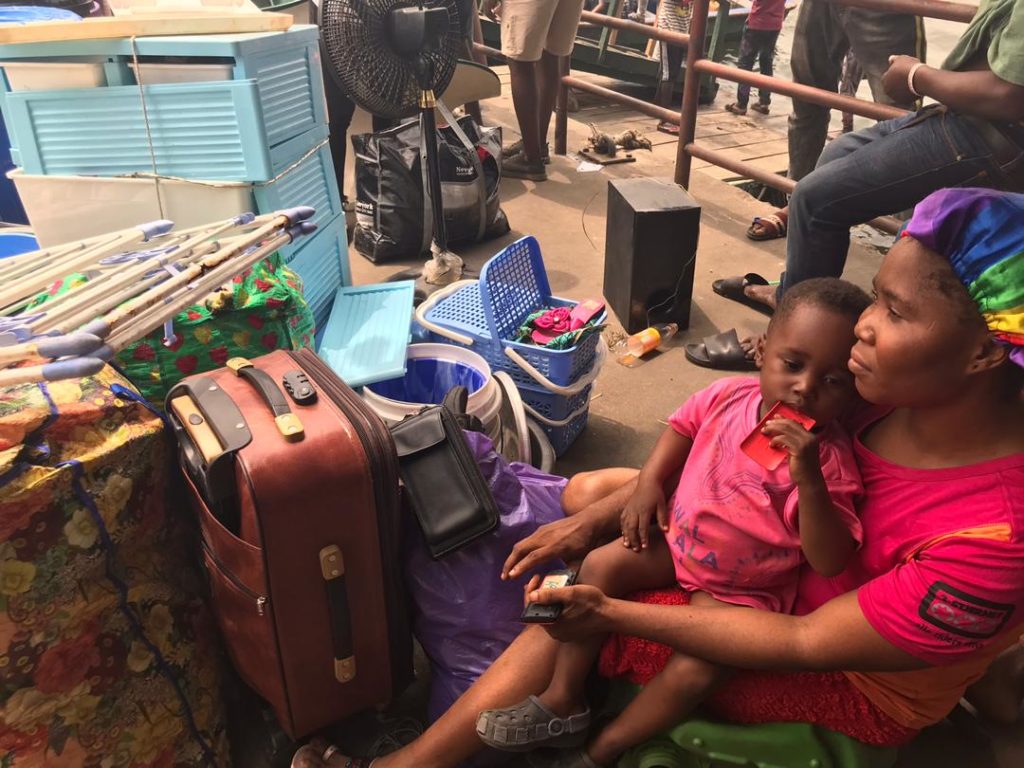 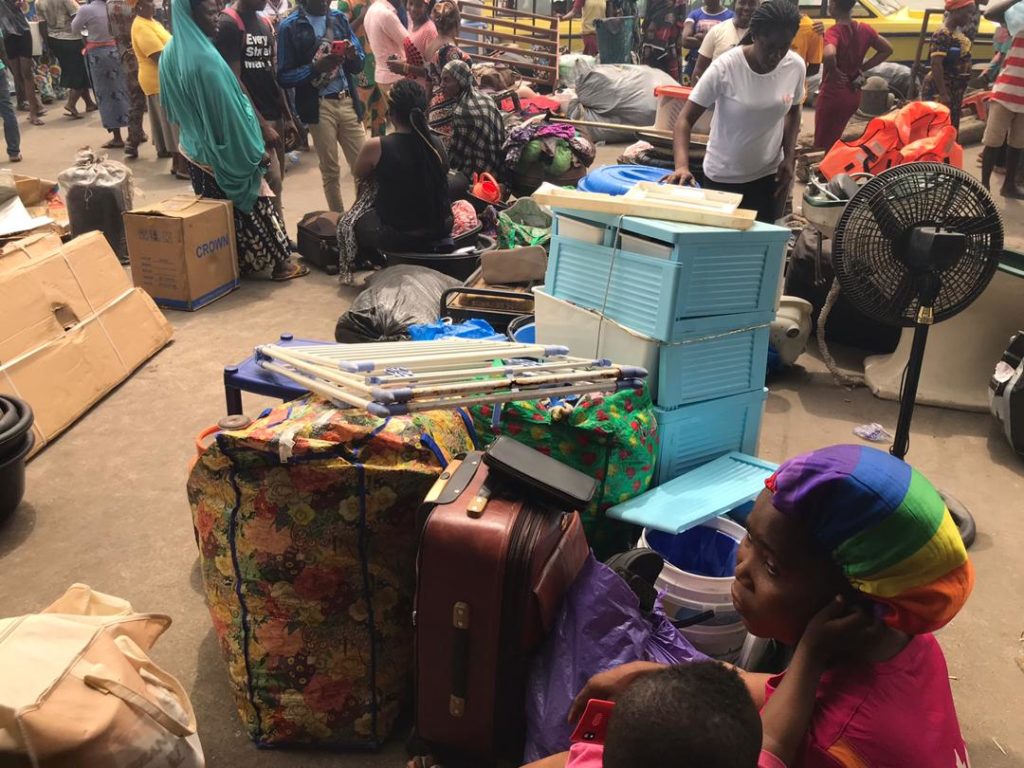