Mitigating the Impact of Covid-19 on Informal Settlements: An update from the Uganda SDI Alliance 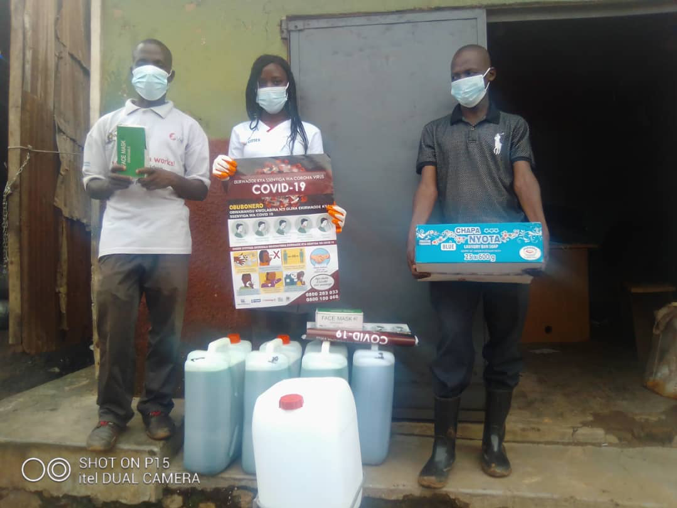 The following is an account from the National Slum Dweller Federation of Uganda (NSDFU) and ACTogether Uganda, with updates on the current work of the Uganda federation and ACTogether.

ACTogether Uganda is an independent Ugandan organisation affiliated to Slum Dwellers International (SDI). Since its establishment in 2006, ACTogether Uganda continues to support the community savings groups that constitute the National Slum Dwellers Federation of Uganda. ACTogether Uganda facilitates processes that develop organisational capacity at the local level and promote pro-poor policy and practice in Uganda’s urban development arena. In partnership with organised urban poor communities, ACTogether Uganda strives to increase access to secure tenure, adequate shelter, basic services, information and many of the other building blocks required for healthy communities.

ACTogether Uganda aspires to create fair and inclusive cities in Uganda and strives to ensure that Ugandan communities of urban poor will unite, be empowered and have the capacity to voice, promote, and effectively negotiate their collective interests and priorities.

The outbreak of COVID-19 has moved governments the world over to implement stringent measures to control its spread. These are a test to the social economic stature of many developing countries, including Uganda.  The scourge of the pandemic has worsened the social-economic and political well-being of society, with urban poor settlements (slums) worst hit. The pandemic has had immediate and long-term effects yet to unravel, as it strains the already ailing health system, weakens established child protection mechanisms, shrinks civic space, undermines education systems and generally derails progress registered towards social-economic empowerment of the urban poor.

This has further strained informal settlement families, especially young mothers and child headed families that may not be able to afford basic needs such as food or access general medical care including sanitation supplies. In addition, the effects of the ban and lock-downs have greatly affected young women who rely on small and medium size businesses for a daily income to support themselves and their families.

To this end, Slum Dwellers International through National Slum Dwellers Federation of Uganda (NSDFU), ACTogether Uganda and partners Cities and Infrastructure for Growth (CIG) and Cities Alliance for the Kampala Jinja Express Highway- No One Worse Off  project and Plan International Uganda for the Safe and Inclusive Cities project have sought to mitigate the effects of the pandemic on Uganda’s urban poor communities, focusing largely on improving access to sanitation.

NSDFU and AcTogether, with support from its partners, have joined hands with municipal and divisional task forces in Jinja, Wakiso, Mbarara and Kira Municipal council and Nakawa, Makindye, Kawempe, Lubaga and Kampala central Kampala Capital City Authority Division councils to support a number of health facilities during this tragic moment, in the hopes that improved access to clean, hygienic sanitation facilities will avert the spread of the virus in informal settlements. The table below gives a summary of health centres, sanitation units and IEC materials produced. 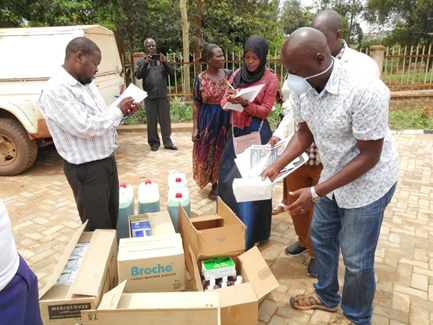 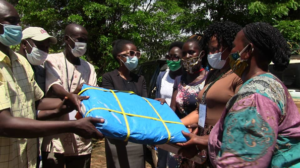 Settlement forum committee members were also provided with airtime for a month to enhance awareness creation in the community. 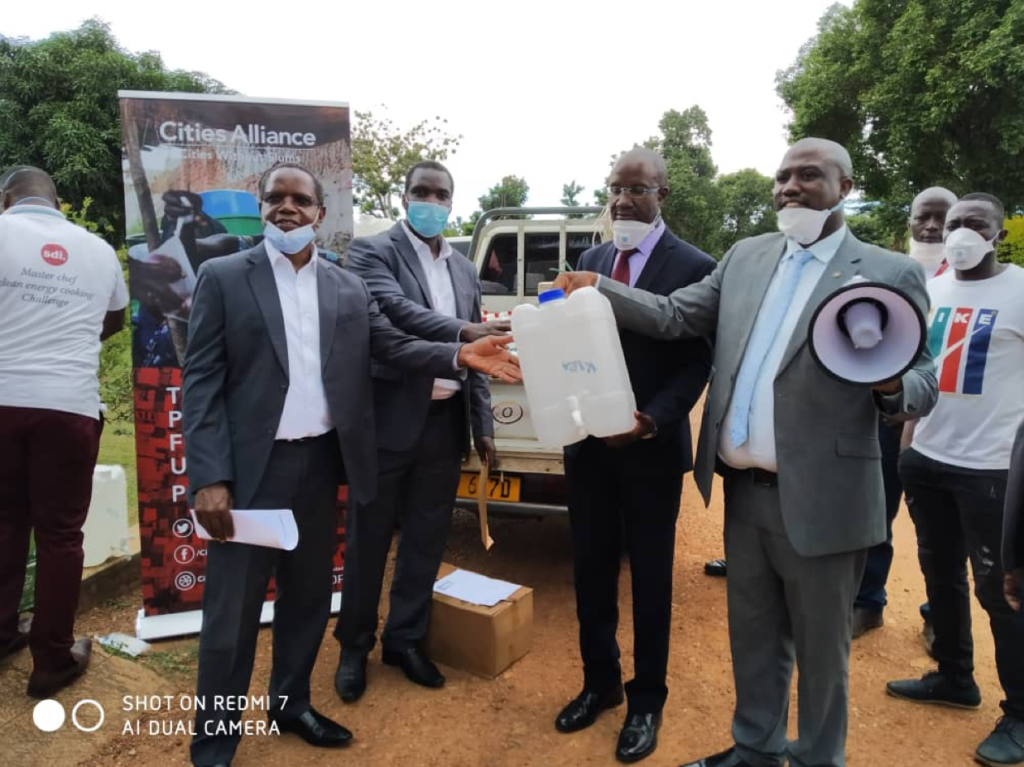 Support for awareness creation was given in the form of information, communication and education (IEC) materials, a van with public address system, community awareness coordination airtime and posters. The posters had locally transmitted pictorial messages customised to the guidelines of the Ministry of Health.

A total number of 30 vulnerable young men and women were supported with money amounting to 100,000shs (+/- USD 25) each to procure food items for their families. 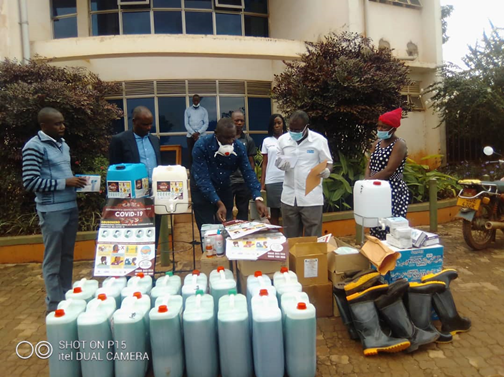 The support offered by the different partners in form of personal protective equipment, information, education and communication posters and support to community teams to create awareness has played a pivotal role in mitigating the spread of COVID-19 in the different informal settlements in Uganda.

Special thanks to all the partners that joined hands with the urban poor communities for such a time as this.

Please keep following SDI as we highlight the initiatives of SDI affiliates across Africa, Asia & Latin America in the fight against COVID-19 to support the most vulnerable throughout this pandemic.