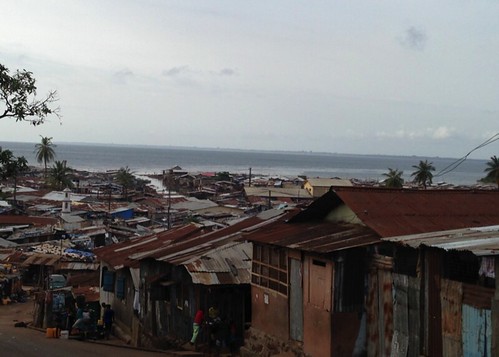 A citywide register of informal settlements is a comprehensive list of all informal settlements in a city detailing population, area and access to basic services. While the value of a citywide register of slum/informal settlements may be desired and appreciated, developing such a register is no easy feat. Governments in the global South or at least their registers of these settlements can attest to this. Often government registers exclude unrecognized settlements and are compiled from incomplete data from national censuses. As a consequence their policy options and designs are often not adequate in addressing the particular planning needs for urban poor settlements. When communities of the urban poor participate in the developing these registers, they contribute more than just data to their cities to inform development.

The Sierra Leone Alliance and their fellow West African counterparts from Nigeria, Ghana, Burkina Faso, Liberia, and Togo gathered in Freetown in June (6-13, 2014) to begin discussions around the importance and process of developing citywide slum registers.

Launched in 2011, the Federation of the Urban and Rural Poor (FEDURP-SL) and their support NGO CODAHSAPA have been working towards developing a voice for the urban poor in Sierra Leone. For the federation the goals driving the development of a citywide slum settlement profile of Freetown are clear. Slum dwellers are yet to to be included as a constituency in the national census of Sierra Leone. The last census conducted in Sierra Leone was done in 2004 and currently the government is preparing a 2014 census. Members of both FEDURP and CODOHSAPA had partaken in a month long workshop with Statistics Sierra Leone (SSL), the main body responsible for statistical activities in the country, and were eager to put their skills learned around mapping and GIS into practice in the community. This will go a long way into the recognition of slum dwellers as a productive and contributing part of urban society in Sierra Leone. These same sentiments resonated with the other West African federations.

Based on their experience, the Sierra Leone federation was able to prepare a register of slum/informal settlements in the city of Freetown prior to the learning exchange. Listing the names of settlements in a single table and estimating their resident populations is something that comes easy and quickly to slum dwellers as they live and traverse these spaces on a daily basis. The federation identified and listed a total of 61 slum settlements along the coastline and hillsides of Freetown. During the learning exchange, 5 of these settlements were profiled and mapped and the data contributed to SDI’s global settlement profile data platform.

Learning by doing, means going back to basics. Drying up felt-tip markers and a failing electricity connection literally drove the participants of the learning exchange to their knees on the mud floor of the Kroo Bay community centre on the first day of the exchange. As profiling teams first started to outline their community maps of Kroo Bay, Moa Wharf, Oloshoro, Portee-Rokupr and Colbot in their A5 exercise books and then carefully with only one marker per team transferred the much discussed and debated ‘final map’ onto the presentation sheet, the resourcefulness, endurance and creativity of slum/informal settlement dwellers as it permeated through the histories of the five settlements identified to be profiled settled into this exercise and the collection and capturing of the data later. Kroo Bay, where the native Kroos mixed with the British settled ship crews from Liberia, much like the settlement profile of SDI, speaks to the coming together of diverse interests around necessity and a common objective. Portee Rokupr traces part of its history back to female wood sellers who would come to trade their wood and find water here. Moa Wharf, where rumour has it, one may still get some of the best fish in Freetown from, was and remains till today the home of fishermen who moor their long boats here after bringing their harvest from the sea. Oloshoro is the place where a drowning Nigerian fisherman found land and Colbot has a long history of reclaiming land from the sea, a ‘landlord’ as tough as many known to slum dwellers around the world.

While these maps will eventually be digitized and available for easy dissemination via mobile technologies, the importance of the community map, how it is drawn, presented and debated, forms the spirit of a community-led citywide slum/informal settlement register. 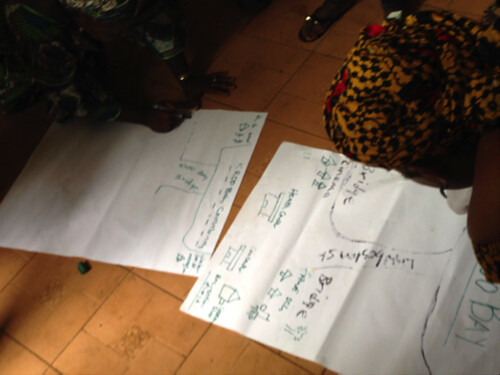 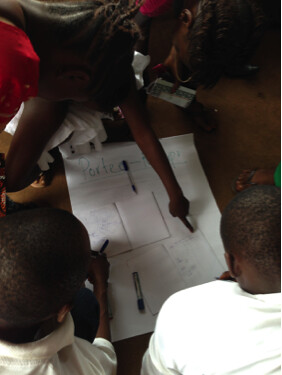 The standard settlement profiling tool developed by the SDI federations with its almost 300 questions focused on developing both a quantitative and qualitative picture of slum/informal settlements bears testament to the endurance of slum dwellers. The profile is a collaborative effort, borne from almost 30 years of learning by doing by federations from Asia, Africa and Latin America. What sets SDI data collection practices apart, is that the data collection process is part of a deeply social process of organizing, identifying and mobilizing around a simple dictum which may translate as: this is who we are, where we are and how we are here. The depth of knowledge our community-led profiles generate, are only possible because the process of collection is deeply community located. Profile teams must be from the local community. Mature federation leaders  “download” their knowledge, capacity and experience in data collection and mobilization to community members. Then by means of the learning-by-doing immersion within their own community space, members then practice the learning of these skills, which include ‘demystifying’ GPS data collection and understanding the link between the map and the survey questionnaire.

Developing a citywide register by means of SDIs profiling methodology goes beyond just the technical aspects of data collection. The process is deeply social and political and thus as a consequence, so are the arguments that emerge from the data collected. The data becomes the basis of, and the process opens up the dialogue around upgrading and improvement of living conditions at the community level between residents of these settlements and at the city level between residents and their officials. This resonates with one of the slogans of the Sierra Leone federation: take the slum from the people, not the people from the slum. Building on the learning gained during the profiling exchange the federations in Togo and Nigeria have started putting the skills they learned in Sierra Leone to practice.