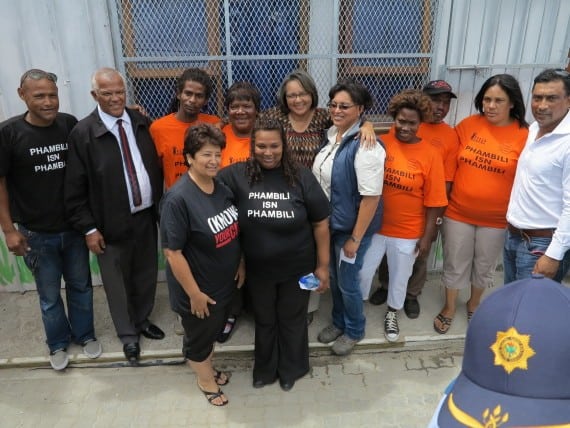 “People said Flamingo Crescent [Upgrading] will never happen. But today is here and this is the proof that it has happened – one cannot do it alone we need to work as a collective!”

Last week’s upgrading launch at Flamingo Crescent informal settlement celebrated the completion of re-blocking, installation of water, sanitation and electricity services for each of Flamingo’s 104 households, the unveiling of Flamingo’s first formal street names and opening of the settlement’s own crèche, Little Paradise. Moreover it marked a milestone in an ongoing upgrading process, showcasing what is possible when communities, intermediaries, governments and stakeholders form partnerships.

Delegates from community organisations and networks, the Mayor of the City of Cape Town, delegates from various government departments, ward and sub-council politicians, NGOs and support organisations gathered in the Lansdowne Civic Centre from 11:00 on Monday 10 February.

The re-blocking project is lauded as a successful demonstration of community-led, participatory planning, collaborative implementation and improvement of informal settlements. The uniqueness of the project was that despite the settlement’s density no one was displaced and grossly inconvenienced during the implementation of upgrading 104 structures. 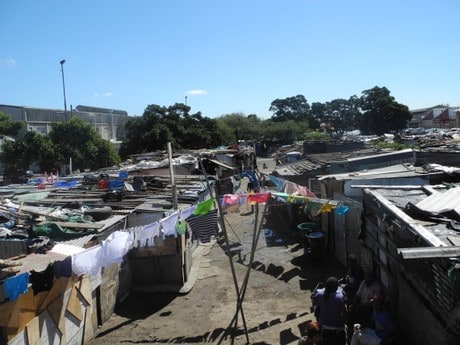 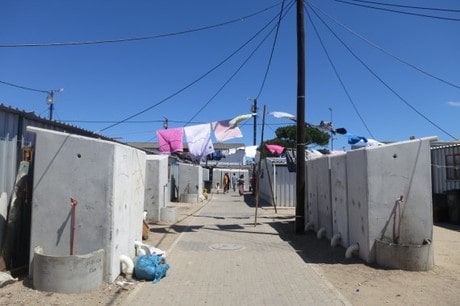 Flamingo Crescent before and after re-blocking and upgrading.

First engagements began in 2012 after the City of Cape Town signed a Memorandum of Understanding with the SA SDI Alliance around joint community-led upgrading of 22 informal settlements, of which Flamingo Crescent is the third, having built on the experiences of Mtshini Wamand Kuku Town. It differs from the previous two in the severity of its socio-economic challenges – high levels of crime, unemployment, violence and poverty. Given these circumstances the Alliance’s Informal Settlement Network (ISN) facilitated implementation and engagement between the City and the community.

“When we started the partnership with the City of Cape Town in 2011 in Vygieskraal it was a day of celebration and no one knew the hardships that would lie ahead. As time went on we realised we fundamentally believe in community participation, a bottom up approach because we know communities understand their settlements best.”

The Launch: Messages on Upgrading and Inclusion in Services

At the launch, the first speaker, Councillor Anthea Green shared,

“Since 2012 I have said that we need to upgrade Flamingo Crescent, despite resistance from the rate payers and residents’ groups. We were committed to work with the community, and now this is a transformed settlement”.

Informal settlements not only face substandard basic services like water, sanitation and electricity but are also cut off from functions of city administration such as receiving a residential address. The re-blocking project allowed the City and the Post Office to give Flamingo Crescent street names and addresses, after the community made this requirement upfront in their development plan.

Gerald Blankenberg, regional director of the Post Office, said that the Post Office Act and other regulations require the post office to expand addresses to underserviced communities.

“Informal communities are often times socially and economically disconnected from basic administrative functions, and therefore a residential address will give the Post Office an opportunity to serve the community with dignity”, he said.

In the keynote address, Mayor Patricia de Lille emphasised the significant role of Flamingo community’s steering committee, the Alliance’s ISN and Community Organisation Resource Centre (CORC) in the success of the project. She, however, expressed concern about the slow pace of project implementation, emphasizing the need to boost municipal and community capacity to ensure the roll out of more projects in the City’s 200 informal settlements.

“The aim of re-blocking is the improvement of informal settlements while people wait for a housing opportunity”, she observed.

In closing of the ceremony, the Mayor handed over certificates of tenure to community members, ensuring formal recognition of residence and tenure security. 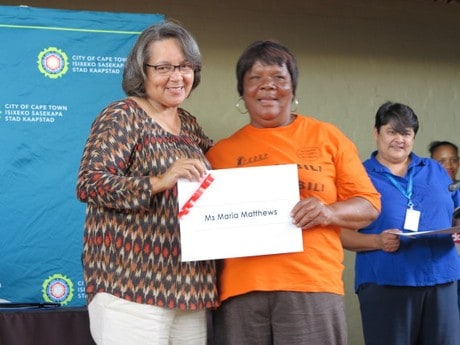 The Impact of Upgrading : Before and After

Before re-blocking, the community of 405 residents had access to only 14 chemical toilets (of which 7 were serviced) and 2 water taps. There was no electricity so that contained fires in tin drums dotted the settlement’s dusty pathways. The community was especially concerned about the safety of its children playing in the busy street.

Re-blocking restructured space in the settlement, opening courtyard areas and clearly designated access roads, enabling the City of Cape Town to install individual water, sanitation and electricity services per household. What sets Flamingo apart from previous projects are its paved pathways, with official road names as well as the construction of a crèche.

The community contributed 20% to the cost of its structures through community-based daily savings. During the implementation phase, 20 jobs were created through the Expanded Public Works Programme. 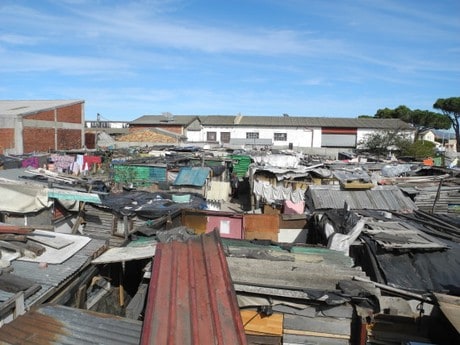 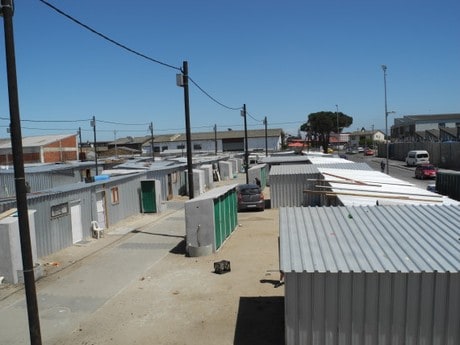 Flamingo Crescent before and after.

Into the Future: Community voices on Partnership and City Fund

“Since 2010 we have been thinking about improvements in our settlement. This is when we got in touch with ISN, who introduced us to CORC, and we then made a partnership with the City [of Cape Town] We explained what we wanted from the city – our own taps, toilets and electricity. But we needed to come together and draft our own plans”.

Through the SA SDI Alliance the community additionally partnered with several organisations. iKhayalami supported the community, ISN/FEDUP and CORC around training community members and top structure construction. The community established the re-blocked layout and community-based maps in partnership with students from Cape Peninsula University of Technology and support staff from CORC. With the support of Worcester Polytechnic Institute (WPI, USA) the community drew up plans for the crèche. Habitat for Humanity South Africa contributed to construction by supplying the roof sheets and windows. The Centre for Early Childhood Development (CECD) donated funds to build the crèche. CECD will also support around the training and registration of the crèche.

From Melanie’s speech it was clear,

“This project is successful because of the methodologies we use. We allow communities to do their own designs. The community also made a [financial] contribution [in a settlement] where 95% of community members were unemployed. How do we change the mind-sets of people who are still waiting for adequate housing? Let’s change the way we are living now while we are waiting for housing to come.”

Important as settlement improvement is in itself, the methodology is just as significant. Moreover, Flamingo Crescent serves as a precedent for informal settlement upgrading on a larger scale. The day ended with the community leading the Mayor through their settlement, unveiling Flamingo’s new street names and officially opening the Little Paradise crèche together. It is Melanie Manuel’s closing words that speak of the future:

“We need to look at a holistic plan for the metro. Let’s look at how we can reach basic services much quicker and how we can scale up. The Alliance projects do not only focus on reblocking but on basic services in every form. The Alliance has designed a City Fund with which communities can directly access money for upgrading in Cape Town. In Flamingo the Aliance’s Community Upgrading Finance Facility (CUFF) helped us match the 20% that each community member contributed to their structure. This kind of facility on a city-level will go a long way – we challenge the City to continue partnering with us and match our contributions in the City Fund!”