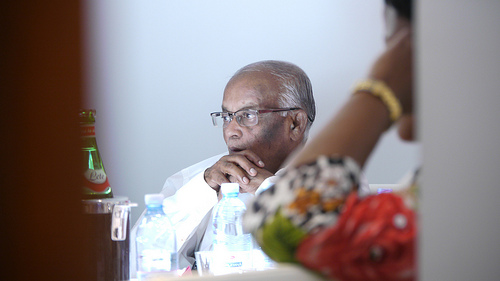 Jockin Arputham has been fighting for the rights of slum dwellers for nearly 50 years. This blog is drawn from an interview by IIED’s David Satterthwaite ahead of World Habitat Day about what the Sustainable Development Goals could mean for slum dwellers.

Jockin Arputham founded the first national slum dweller federation in India in 1976 and went on to ally this with Mahila Milan, the Indian federation of women slum and pavement dweller savers. He has spent over 20 years encouraging and supporting slum and shack dwellers federations in many other countries – and he is President of Slum/Shack Dwellers International. 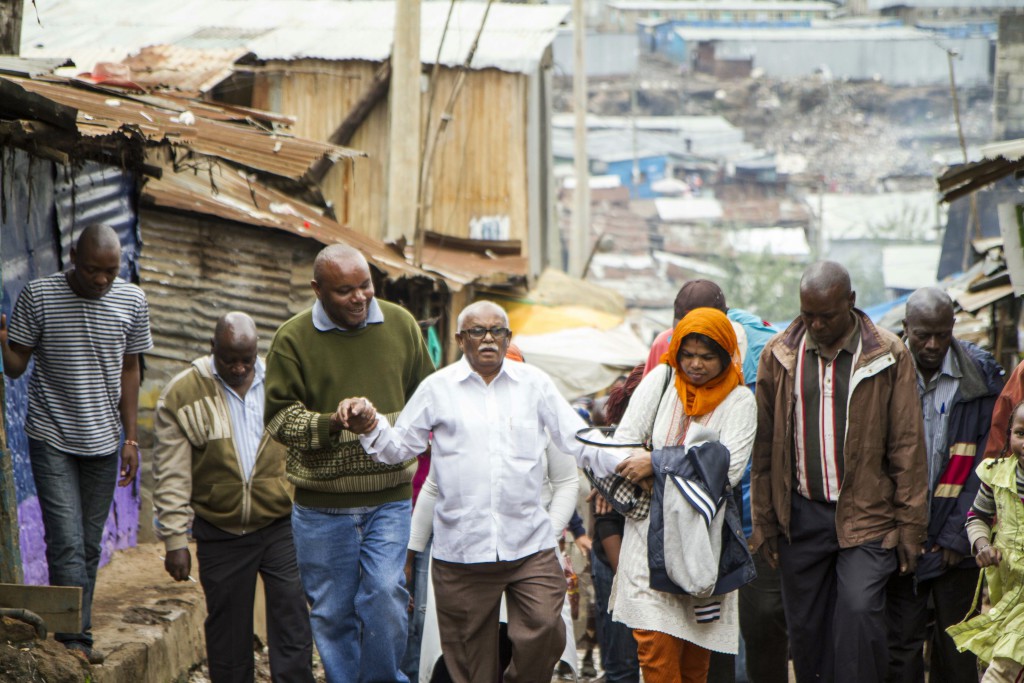 The SDGs promise so much but they are not action oriented. Many countries do not have the  capacity to act.  We see dreams of a slum-free world or a slum-free country or slum-free cities.  But that is an ideal that needs strong political will, a strong and stable economy, and a conducive environment for the community. In Europe you might expect UN promises that everyone has a decent home to be met – but is this realistic for India?

Ambitions must be achievable

My ambition for the SDGs is limited to what we can do – what is meaningful, useful and sustainable – and implementable.  So our goal is not slum-free cities but slum-friendly cities.  Not a slum-free India but a slum-friendly India. 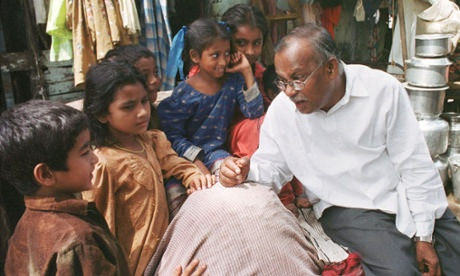 What does slum-friendly mean?  That the SDG promises like clean water and good sanitation for all, land tenure for people, incremental housing and basic employment are met for all slum dwellers. If these five mandates are accepted, how can we set standards and measure what is or is not happening in each city?  If there is also a mandate for people to participate, and take part, then set dates by which to achieve each of these. Even to achieve the more modest goals for slum-friendly cities means that governments have to do three times what they are doing now

Will action on the SDGs be any better than the Millennium Development Goals?  So much high talk of all the goals in last 15 years but where are we in the goals and in their measurement?  Are we setting unattainable goals with the SDGs?

We have seen government commitments made at Habitat I (the first UN Conference on Human Settlements) in Vancouver in 1976; then at Habitat II in Istanbul in 1996. At Habitat 1, there were commitments and targets for 1990 and these were not met.  There have been very few tangible achievements.  I was invited to go to speak at Habitat I in 1976 but the government was bulldozing the settlement where I lived, so I stayed in Mumbai where I had fought this threat for 10 years.

Habitat III is approaching (in 2016). Will this bring more unrealistic commitments? Or will it truly be a “new urban agenda” with a clear strategy for achieving the goals with new measures? New locally-generated metrics that everyone can follow.  Everyone’s participation including slum dwellers. All the UN documents and processes claim they have people’s participation but usually this is just a grand talk show.

Looking back – what was the world’s urban population at the time of Habitat 1? Just 1.6 billion people.  At Habitat II there were 2.6 billion.  And now 4 billion. 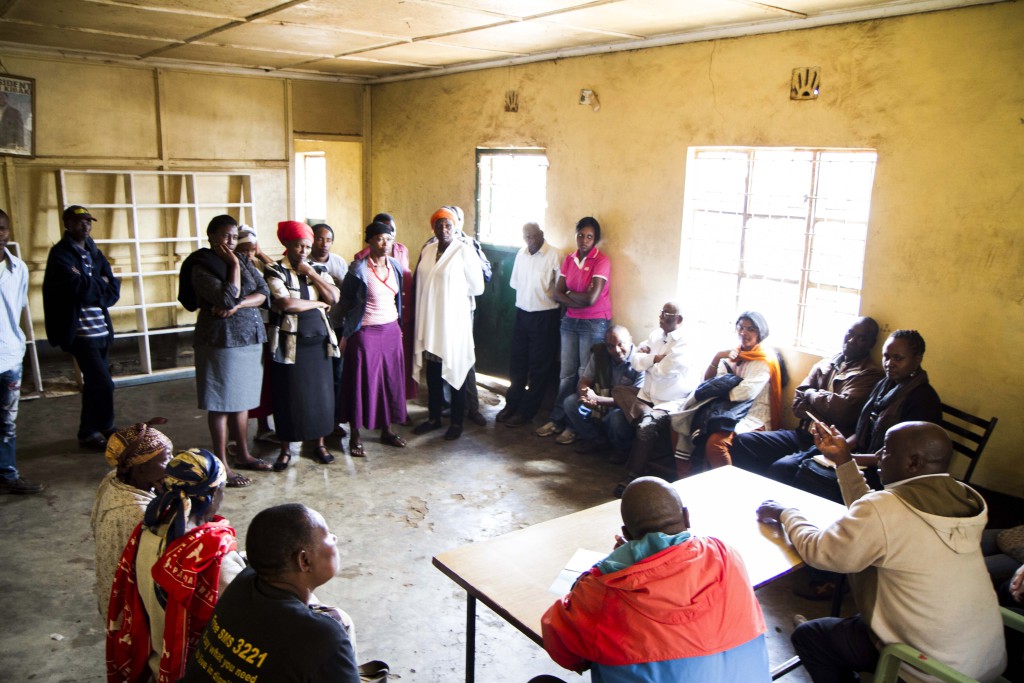 And the threat of eviction for slum dwellers still remains.  After Habitat I, we had many sister city programmes – beautiful red wine talk – but this did not deliver land tenure. There should be a commitment at Habitat III – no forced evictions. No evictions without relocations that are acceptable to those who are relocated.  After 40 years we still have not cracked this. Now the pressures of forced eviction will grow as cities invest more in infrastructure.

The cost of decent relocation is peanuts compared to infrastructure budgets. It should be part of the cost of all projects that require relocation. But this needs political will and administrative skill to work with the people and design with the communities. The huge costs of forced evictions are not counted – for the residents, the lost homes, possessions, assets, livelihoods, access to schools….

Where people are moved, we need a package of meaningful rehousing through which the quality of life of the people moved also improves. 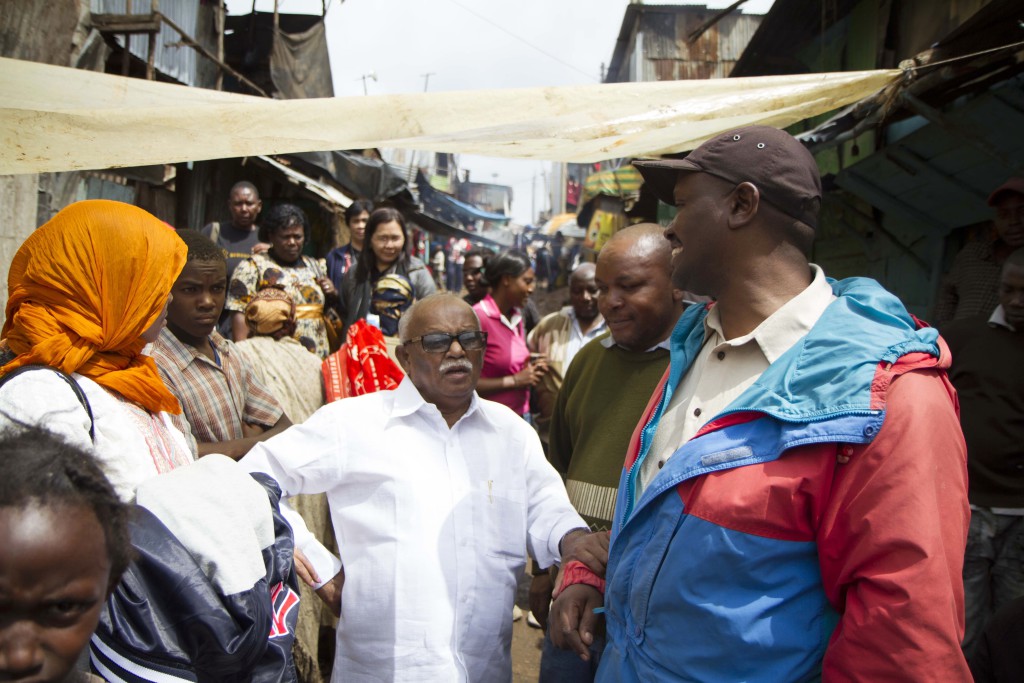 Now, with Habitat III, either you close the dialogue that has produced so little or you come forward with what we can realistically achieve in the next 15 years and set up a system of measurement that involves and is accountable to slum dwellers.  From this, we learn about what works and from our mistakes.

We need to learn how to find solutions for renters too; so often, relocation programmes only benefit those who ‘own’ their home and can prove they have lived there for many years.

Slum dwellers must become a central part of slum friendly cities especially the women savings groups who are the foundation of the slum dweller federations around the world. But how? We need community participation with a strong focus on women. Full involvement of women in developing slum friendly cities gives a clear change of life for millions of people.  As the women say, I work with my sisters, my federation, my family. Women’s savings groups can manage money and this is a big change. It helps them learn to budget, and they bring their knowledge of the local situation. Then as they join together they work at city scale and interact with city government and city politicians

For each of the SDGs, you need to connect them to the ground.  Create a mechanism to achieve each target.  You do not set up targets without setting out system of delivery – and this system has to involve community groups and local governments. And with progress monitored locally and openly – so these are accountable for all.

Jockin Arputham was regarded for decades in India as a public enemy as he fought against evictions (and imprisoned dozens of times). Latterly his incredible contribution to how to address slums (and work with their inhabitants) has been recognised in India where he was awarded the Padma Shri award and internationally.